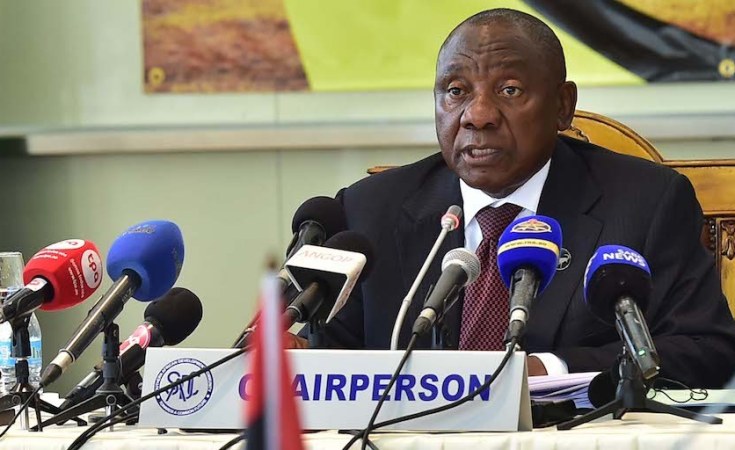 This article is a situational analysis of the current political environment in Madagascar prior to the November 2018 general elections.

Madagascar, like any other democratic state, is due for elections this year, which are anticipated to be held in November 2018[[1]]. The stability of the current administration under President Hery Rajoanarimampianina has been sustained through the interventions of the High Constitutional Court. Currently, the political situation seems to have regressed to the 2009 fragile political environment or even more.

It started on 21 April when the parliament passed new electoral laws. The opposition, as inhibition to the candidature of former presidents Marc Ravalomanana and Andry Rajoelina to the forthcoming November presidential elections, denounced the laws. This move was followed by protests led by opposition parties, Tiako I Madagasikara (TIM) of Marc Ravalomanana and Miaraka Amin'I Prezida (Mapar) of Andry Rajoelina, with the support of some independent parliamentarians. The protesters approached the High Constitutional Court, which, in its judgement of 3 May, instructed President Rajoanarimampianina to form a transitional government inclusive of political parties represented in parliament. On 11 June, President Rajoanarimampianina announced a new prime minister. The new prime minister, Christian Ntsay, is perceived to be neutral; however, the dissatisfaction is with the ministers he has appointed.

There are protests by members of parliament against the new government announced on 11 June 2018. These protests are taking place in Place du 13 Mai, which is symbolic of the popular student uprising of 1972 against the colonial education system. The protests are coupled with demonstrations by public servants in the ministry of telecommunications and postal services. The protesters are alleging that the new government is not inclusive, as the judgement required. At the moment the matter has been referred, again, to the High Constitutional Court and Conseil d'état. Le Conseil d'état is a government structure, acting as a tribunal that resolves internal differences in government. The antagonists of the current government are both former presidents of Madagascar, and former mayors of the capital Antananarivo. Marc Ravalomanana was president between 2002 and 2009. While Rajoelina was a coup leader and president of the Haute Autorité de la Transition, a transitional regime between 2009 and 2013.

In April, there was a protest in the capital Antananarivo, against the new electoral laws. Opposition parties of Marc Ravalomanana and Andry Rajoelina, who are both former presidents, led the protest. The protests that were organised under the banner of "Deputies for Change", resulted in the death of two protesters [[2]]. They were alleging that the new electoral laws were inhibiting the two leaders to stand for the forthcoming elections, thus favouring the incumbent president. The protests evolved into a call for President Rajoanarimampianina to step down. Paralleled with the protests was a case at the High Constitutional Court, which salvaged the presidency of Rajoanarimampianina and rather dissolved the government and asked the president to form a new government within 60 days.

High Constitutional Court as the cornerstone for stability

Between 2014 and 2018, bigger political differences have been resolved or engaged upon in legitimate structures of government. In particular, the role of the High Constitutional Court has been significant in maintaining stability in Madagascar. This is a positive trend, signifying a gradual shift from unconstitutional changes of government to abiding by democratic principles. On 26 May 2015, 121 of 125 present members of parliament voted in favour of a motion of no confidence in President Rajoanarimampianina, with only four voting against the motion. The Malagasy parliament is constituted by 151 members of parliament [[3]]. The High Constitutional Court averted the parliamentary motion.

While awaiting the court to pronounce itself on this matter, it could be appreciated that the High Constitutional Court has played a key role in maintaining peace and stability in Madagascar. It has indeed acted as a cornerstone for the democratic dispensation in the country.

The role of the international community and civil society

The international community, through the African Union, Southern African Development Community, the United Nations and the Organisation International de la Francophonie, has intervened in the crisis of 2009 and successfully guided the country to the 2013 elections. These elections were supposed to be followed by a rigorous process of state-building that would be characterised by the establishment of credible institutions to ensure stability, sustenance of peace, reconciliation and maintenance of democracy.

To this end, the High Constitutional Court of Madagascar has played a critical role in adjudicating complex political matters and thus, sustained peace in the country. The international community has further intervened in reactivating the economy of Madagascar, with the World Bank pledging US $1. 3 billion at the Donors and Investors Conference held in Paris, France from on 1-2 December 2016. The pledge was aligned to the duration of the National Development Plan, thus for three years until 2019. Above all interventions of the international community, there seems to be lack of commitment and sincerity from the political elites in the country to the democratisation, stabilisation, inclusive development and reconciliation in Madagascar.

It also appears that the civil society is not strong and united in keeping the ruling elites accountable. The report of the World Bank provides an understanding why the civil society appears weak when it has to keep the ruling elites accountable in politics. According to the report, "More than half of CSOs were active in education (54 percent) and economic development (52 percent), followed by health (43 percent), environment (38 percent), and human rights (33 percent). In contrast, only 12 percent seek government oversight and monitoring, only 16 percent focus on mining revenues/ mining sector and only 26 percent have an interest in budget transparency"[[4]].

The current political climate in Madagascar is complex and toxic, if not handled accordingly, could descend into extreme chaos never inexperienced in the history of the island. It poses a great threat to the coming November elections. The protesting members of parliament have taken the current government to the High Constitutional Court and Conseil d'état. They are alleging that the government formed on 11 June, is not inclusive of political parties represented in parliament, as per the requirements of court judgement. They further refuse to recognise ministers from HVM who are part of the new government. This is on the basis that, HVM was formed as a political party in May 2014, five months after the presidential elections. At the time of the December 2013 elections, Rajoelina and his political party, Mapar, supported President Rajoanarimampianina.

The Southern African Development Community and the African Union have to intervene and assist in preparing the Commission Electorale Nationale Indépendante for the coming elections. This could be done by deploying experienced and well-resourced personnel of election management bodies from other countries of the region.

Elections observers have to arrive in the country well in advance, probably two months before the actual date of elections, to be watchdogs against any acts of manipulation.

All political parties and candidates contesting elections should be required to sign a pledge to accept the outcomes of the November elections.

The African Union and its sub-regional bodies should establish elections management bodies to intervene in instances where the domestic structures lack credibility and legitimacy.

* Frank Lekaba is a Researcher in the Governance and Security programme of the Africa Institute of South Africa. 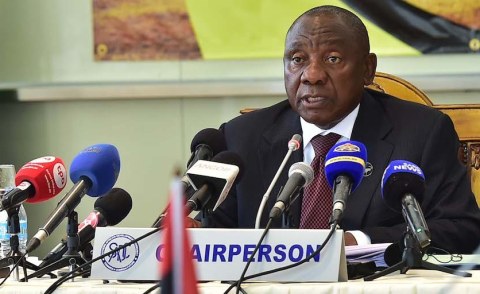 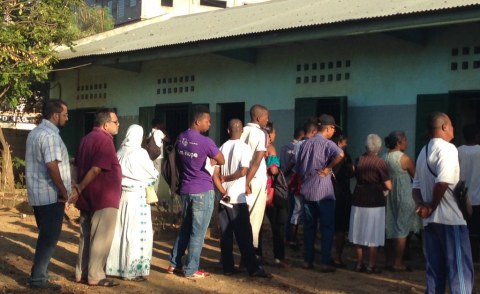 Close Race Between Former Presidents in Madagascar's Poll
Tagged:
Copyright © 2018 Fahamu. All rights reserved. Distributed by AllAfrica Global Media (allAfrica.com). To contact the copyright holder directly for corrections — or for permission to republish or make other authorized use of this material, click here.