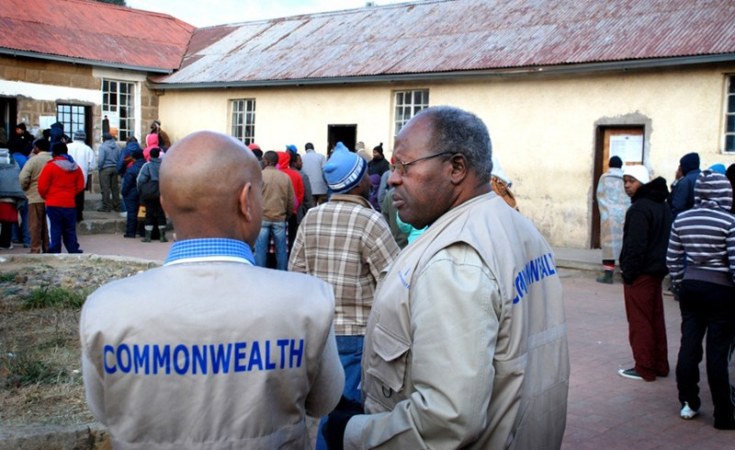 Regional and international organisations have deployed observers to observe the eagerly awaited harmonized elections in Zimbabwe scheduled for 30 July.

The Southern African Development Community (SADC) has deployed a total of 63 short and long term observers to observe the Zimbabwe election.

The SADC Election Observer Mission (SEOM) was launched on 21 July by Tete António, Secretary of State in the Angolan Ministry of External Relations, on behalf of Angolan President João Manuel Gonçalves Lourenço.

Lourenço is current chairperson of the SADC Organ on Politics, Defence and Security Cooperation.

António said the SADC observers are drawn from Angola, Botswana, Democratic Republic of Congo, Lesotho, Namibia, Malawi, Mauritius, Mozambique, South Africa, United Republic of Tanzania and Zambia, and have been deployed to all the 10 provinces of Zimbabwe.

“SADC never abandons Zimbabwe because Zimbabwe never abandons SADC. As you have been observing, we have always been concerned with everything that has been happening in Zimbabwe and also in other countries,” he said.

António said credibility of the forthcoming elections was key to not only Zimbabwe but to the rest of SADC.

“With the issue that was raised regarding reforms‚ we understand that steps were undertaken and we have taken note that 13 changes were done‚” Antonio said.

President Emmerson Mnangagwa in June approved an amendment of Zimbabwe’s electoral law that, among other things, sets a code of conduct for political parties and formalises the use of biometric voter registration technology.

The code of conduct stipulates how political parties, candidates and other stakeholders should behave before, during and after the elections.

The code seeks to “promote conditions that are conducive to free and fair elections and a climate of tolerance in which electioneering activity may take place without fear or coercion, intimidation or reprisals.”

Some opposition parties have, however, cried foul over the alleged poor handling of the electoral process by the Zimbabwe Electoral Commission (ZEC).

They accuse ZEC of, among other things, producing a voters’ roll containing “ghost voters” and failing to involve them in the printing of ballot papers.

To ensure credibility of the forthcoming poll, the Judicial Service Commission has established special courts to expeditiously deal with electoral disputes.

About 57 magistrates from the 10 provinces have been designated to try cases of politically-motivated violence and intimidation in the provinces under which their names appear before, during and after the harmonised elections.

The expectations of the SEOM would be guided and measured against provisions and requirements of the SADC Treaty, the SADC Protocol on Politics, Defence and Security Cooperation and the SADC Principles and Guidelines Governing Democratic Elections as well as the Zimbabwean Constitution and Electoral Act.

According to the Zimbabwean Ministry of Foreign Affairs and International Trade, a total of 46 countries and 15 regional and international bodies have been invited to observe the elections.

In addition to SADC, other observer missions that have been deployed across Zimbabwe are from the African Union (AU) and the Common Market for Eastern and Southern Africa (COMESA).

The LTOs are expected to remain in the country until 15 August to assess post-election developments, including result tabulation and announcement as well as dispute resolution.

The core team is focusing its analyses on the political, electoral, legal, media and gender issues related to the electoral process, while the LTOs are assessing the process in all the 10 provinces in Zimbabwe.

COMESA deployed a short-term election observer mission on 21 July. The mission is led by Ashraf Gamal Rashed, a member of the COMESA Committee of Elders from Egypt.

For the first time in nearly two decades, observers from Western countries have been invited to witness Zimbabwean elections.

The European Union (EU) was among the first groups to deploy an election observation mission to Zimbabwe.

The European body has a 54-member EU election observer mission in Zimbabwe.

The mission’s core team of 10 analysts arrived in Zimbabwe on 6 June and was expected to “stay in the country until the completion of the electoral process,” according to the High Representative for Foreign Affairs and Security Policy and Vice-President of the European Commission, Federica Mogherini.

The core team was joined by 44 long-term observers who would be deployed across the southern African country.

The EU is among international organisations who were not invited to observe Zimbabwe's elections since 2002 by former president Robert Mugabe who accused them of alleged bias in favour of the opposition.

President Mnangagwa has, however, broken ranks with his predecessor and has invited the EU and other Western countries or organisations to observe the elections.

The latest group to deploy its observer mission to Zimbabwe is the Commonwealth whose delegation arrived on 23 July.

Why Chamisa Should Change His Mind About the Boycott

Mnangagwa - Chamisa is a Poor Successor to 'Admirable' Tsvangirai

Why First Elections After Mugabe Ouster Are So Significant
Tagged:
Copyright © 2018 Southern African News Features. All rights reserved. Distributed by AllAfrica Global Media (allAfrica.com). To contact the copyright holder directly for corrections — or for permission to republish or make other authorized use of this material, click here.