Transitional Election - An Opportunity to Rebrand 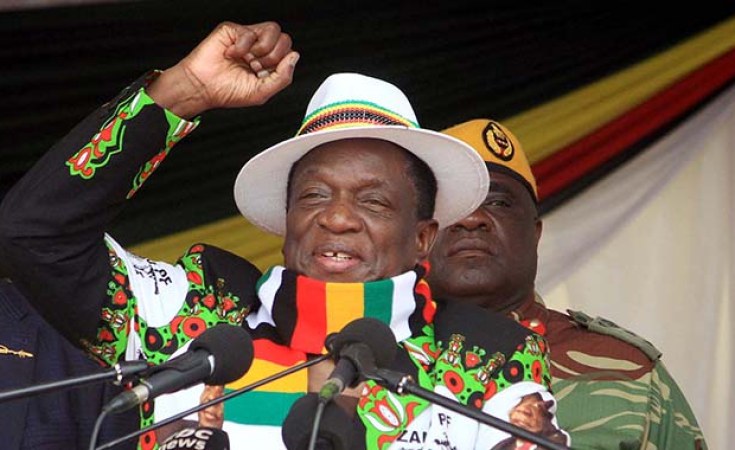 Zimbabwe will elect Emmerson Mnangagwa as the new president this month. Amidst global  trends of divisive politics, Zimbabwe will hope to buck this trend by holding free and fair elections. Mnangagwa hopes the elections will give him the validity only a democratically-elected official can have and will use that legitimacy to usher in a new era of a rebranded Zimbabwe.

Emmerson’s leadership comes at a time when the stakes couldn’t be higher. Domestically, Zimbabwe is in need of severe reforms. Regionally, the continent is increasingly relying on Chinese investments to drive growth. Internationally, both America and the United Kingdom have no discernable visions for their futures.

Amidst this domestic and international turbulence, Mnangagwa’s path to the presidency is streamlined by the sheer fact that Zimbabwe has 127 registered political parties vying for the post. Such a fractured playing ground is only unified through this once-in-a-generation opportunity to reshape Zimbabwe, weed out corruption, and restore vital services (such as water, electricity and road maintenance).

Arguably the most credible threat to Emmerson would have been provided by the late Morgan Tsvangirai, who founded the Movement for Democratic Change (MDC) and was in and out of power before he died of cancer earlier this year. Having dedicated his life to opposing former President Mugabe, the image of Tsvangirai on his deathbed with the incumbent, marked a metaphorical handover of Zimbabwe’s changing landscape and fortunes.

Tsvangirai’s successor is 40-year-old Nelson Chamisa, who has formed an alliance intent on displacing Zanu PF at the ballot boxes. While the parties have unified behind Chamisa, it remains unclear whether Chamisa actually intends to form and lead a government with cabinet posts representing these different parties. Notably, Chamisa has been campaigning on the promise that he would expel all Chinese investors from Zimbabwe, showing a concerning misunderstanding of domestic economics and foreign policy.

Zimbabweans born after 1980 (‘the born-free generation’) have never experienced war, but have lived with its aftermath. Employment and prosperity are the focal concerns of this generation, and rightly so. With America’s agenda becoming harder to predict with each tweet, it remains clear that no president can publicly oppose China and its vast investment projects in Africa. Contrast this with Emmerson who has been engaging with international investors and with the broader international community. Spanning recent discussions with the United Kingdom regarding Commonwealth re-entry, to comments made at the World Economic Forum (WEF) in Davos, Mnangagwa stresses that Zimbabwe is now "ready and willing for a steady re-engagement with all the nations of the world". These early steps at rebranding, take a leaf directly out of Pastor Mawarire’s branding book (*repurposing the #thisflag movement and neutralising it by donning the Zimbabwean flag everywhere he goes).

Since his ascent to power, many descriptions of his character have centered on his patience, unpredictability, and goal-driven persistence. These qualities are exemplified by his stunning turnaround: going from a man in exile, to gaining the Army’s blessing and becoming the President of the Republic in just under a month. Following the elections, Zimbabweans everywhere will hope to see that ties to the Army have weaned off and that Emmerson firmly sets his sights on a Kagame-style reinvention of Zimbabwe, and nothing less – otherwise, what would have all of this been for?

Moving forward, Emmerson will need to avoid getting caught in comparisons between the China versus America model, or entertaining re-engagement on Britain’s terms. The ex-British Foreign Secretary Boris Johnson repeated the need for free and fair elections before re-engagement with Zimbabwe. Throughout this narrative, the process of Brexit has resulted in rifts acrosss the United Kingdom that were previously unimaginable and Britain is still grappling to articulate what it wants for its own future. With Prime Minister Theresa May’s leadership on increasingly shaky ground, Britain, like Zimbabwe, has work to do. Both countries must develop a vision of respective future trajectories, ironing out future alliances and ensuring the welfare of its peoples.

Emmerson Mnangagwa’s legacy in Zimbabwe needs to be decided based on his vision for the future of Zimbabwe. The country has a crucial opportunity to rebrand a new generation led by democratic principles and engaged in a repaired, thriving economy. Amidst tumultuous political upheavals across the world, Mnangagwa is poised to to reshape Zimbabwe and to take the country on a unified path forward.

Perseus Mlambo is the Founder of Zazu, a digital-only money account for Africa’s future.

Tagged:
Copyright © 2018 African Expert Network. All rights reserved. Distributed by AllAfrica Global Media (allAfrica.com). To contact the copyright holder directly for corrections — or for permission to republish or make other authorized use of this material, click here.

Restoring Faith in Nigeria's Democracy - and How the US Can Help

Germany Can't Afford to be Shy: It's Time to Invest in Africa

Why Africa Should Embrace Artificial Intelligence

With New Approaches to Solar, Nigeria can Outshine the World