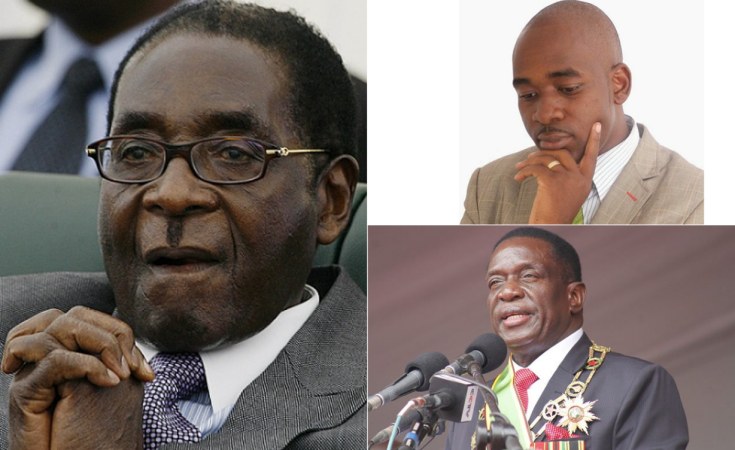 Former president Robert Mugabe resigned from office after Zimbabweans had resisted his attempts to personalise the country. This was said by the ruling party's Secretary for Legal Affairs and acting spokesperson Cde Munyaradzi Paul Mangwana in a statement yesterday.

Cde Mangwana's statement was in response to Mr Mugabe's utterances at a media briefing at his Blue Roof private residence in the capital, where he claimed that he was removed from power by force when he had in fact, resigned voluntarily.

"The people of Zimbabwe ushered in the New Dispensation. They resisted the personalisation of their country and heritage by one family and its supporting criminal cabal. But for that expression of their will to be enabled the Security Forces particularly the Zimbabwe Defence Forces (ZDF) acted as enablers. They restrained the coercive instruments, which hitherto had been used to suppress the free expression of that will," Cde Mangwana said.

He added that Mr Mugabe resigned after conditions he had set himself had been met.

"Robert Mugabe always said that he would resign if one of three things happened; if or when his health and body gives in, if or when his party asks him to, if or when the people ask him to," he said.

"When he left office all three of these conditions had been met. Robert Mugabe's age and health were failing him leading to total disorientation to an extent he was not clear about which year, time or place it was. He was not aware of what he had read or not, what had been discussed or not, leading and all other issues of State that needed one to have the presence of mind to execute as CEO of our country. He was now a millstone on the necks of the people of Zimbabwe and an embarrassment at international get-togethers."

Cde Mangwana said the ruling party had resolved to recall Mr Mugabe as required by the revolutionary party's constitution.

"On the 17th of November 2017 all 10 Zanu-PF Provincial Coordinating Committees (PCCs), which are the electoral colleges of the party, passed resolutions, which included directing the Central Committee to recall him.

"On the 19th of November 2017, the Central committee, which is the Highest Policy and Decision-making body between Congresses, met and asked him to resign," he said.

Cde Mangwana said after Mr Mugabe's obstinacy to resign, the people had rose in their numbers calling for him to vacate office.

"On 18 November 2018 the people of Zimbabwe and some converged at different points of assemble around the world demanding for Robert Mugabe to resign and allow the country to take a different course," he said.

"On the 21st of November 2017 Parliament was convened and impeachment proceedings were commenced. When Robert Mugabe realised that the parliamentary divisions he had gambled on were not going to happen, he resigned rather than suffer the humiliation of having evidence of his incapacity to lead the country and his breach of his oath of office to respect the constitution played out in public. It is important to note that earlier in the day he had called a Cabinet Meeting, which was boycotted, by over 92 percent of his ministers indicating that his own Cabinet had passed a vote of no confidence in him."

Cde Mangwana said Mr Mugabe was clearly under the influence of his wife, Grace and said there was no resolution to have Politburo member Dr Sydney Sekeramayi succeed him.

"His frustration as a vulnerable old man under the thump of a younger and controlling wife is understandable, but wholly unjustified. By the time he resigned, his coercive instruments had already engineered resolutions for his wife to be vice President of the country in less than four weeks.

"There was no resolution about Dr Sekeramayi and Zanu-PF is not interested in this divide and conquer mischief. Power was not his to give, appoint or anoint. Power belongs to the people of Zimbabwe who are going to give it as they see fit in the next few hours. The country has moved on and is on the brink of a very momentous occasion on which the people are going to make their free leadership choice."

Could Mugabe Swing Zimbabwe's Vote in Chamisa's Favour?
Tagged:
Copyright © 2018 The Herald. All rights reserved. Distributed by AllAfrica Global Media (allAfrica.com). To contact the copyright holder directly for corrections — or for permission to republish or make other authorized use of this material, click here.