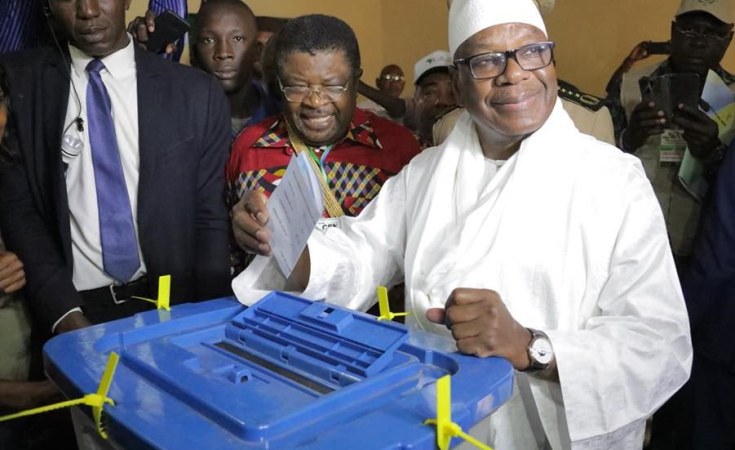 The count has begun in Mali after an election marred by violence. President Ibrahim Boubacar Keita's first term was marked by worsening insecurity and he faced 23 opponents in the first round.

Violence had marred the run-up to the presidential vote and it continued as the registered 8 million people were encouraged to cast their ballots on Sunday. Voter turnout looked set to be low.

There were attacks on polling stations and election officials were intimidated, despite the deployment of 30,000 security personnel throughout the country.

A Tuareg rebellion and Islamist militancy have dominated Mali's north and central zones since the last poll in 2013.

The UN mission (MINUSMA) camp in Aguelhok, in the northeast, came under rocket attack although there were no casualties and the rockets did not fall into the camp. "One mortar landed around 100 metres from a polling station so there was a bit of panic," UN mission spokesman Olivier Salgado said.

Ballot boxes were set on fire in the village of Lafia, in the northern Timbuktu region: "Overnight Saturday, armed men arrived at the town hall where the ballot boxes and electoral material were held," a local official said, adding jihadists said "God does not like elections," as they fired shots into the air.

In the central region, armed groups disrupted voting as election officials and staff were attacked and polling stations destroyed.

President Ibrahim Boubacar Keita's inability to control the violence had been a main theme of the election campaign. He made much of a peace agreement with the government, government-allied groups and former Tuareg rebels to fight jihadist fighters in the north. There has been economic growth under Keita's first term due to increased exports of gold, cotton and rice.

Keita's main challenger is 68-year-old former finance and economy minister Soumaila Cisse who lost to Keita in the second round of the 2013 election.

If no candidate gains more than 50 percent of the vote in Sunday's first round, a second round will take place on August 12.

Mali Presidential Poll Heads For Runoff
Tagged:
Copyright © 2018 Deutsche Welle. All rights reserved. Distributed by AllAfrica Global Media (allAfrica.com). To contact the copyright holder directly for corrections — or for permission to republish or make other authorized use of this material, click here.