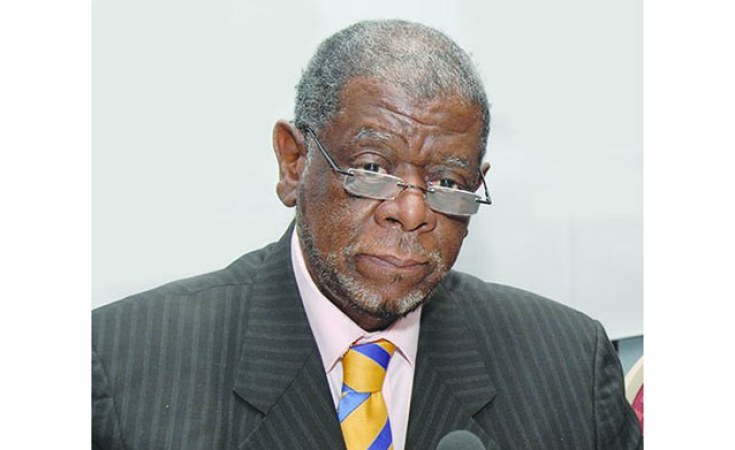 Occasionally, very occasionally, heroes emerge who quietly change the world, impacting on all of us individually and collectively, and into the future.

He did just that, quietly, with great determination and diplomacy, he changed the face of southern Africa and the world. Not by himself, he would be the first to say, but with others.

Theo-Ben Gurirab, freedom fighter, diplomat, politician, teacher, comrade, father, grandfather, and one of the founding fathers of the Republic of Namibia. He never saw himself as a hero, but as a patriot who did his best for his country and continent.

Yet he stood as a colossus of freedom, astride the world, that small boy who used to run around the hills in Usakos in rural Namibia, and who started school there before moving on to become President of the UN General Assembly and the world.

He died on 14 July in Windhoek, age 80, and was buried at the National Heroes Acre on 21 July after a week of mourning, ceremonies, remembrances and celebrations of his life of dedication and commitment.

The United Nations Secretary-General, António Guterres, expressed profound gratitude to Gurirab for the wide range of contributions, saying he can be honoured by advocating the values that defined his life – self-determination, human rights, freedom and justice.

Messages poured in from presidents of former liberation movements and countries in southern Africa and elsewhere on the continent, and from Raúl Castro, President of the Council of Ministers of Cuba.

Colleagues said he was the heart of Namibian diplomacy, with such a rate of natural finesse that he was able to convert enemies into friends. This was confirmed by the former foreign minister of apartheid South Africa, Pik Botha, who thanked Gurirab's family and friends for giving him a younger brother.

"Our relationship started as enemies, and then we discovered, both of us, that we believe in the same values, and he became my younger brother… I am his older brother. I wanted very much to see him again to talk about the old days," Botha said.

"Namibia is today an example to the world where all the different groups work together. This is Namibia today, and Ben played such an important role in this."

President Hage Geingob described Gurirab as "a comrade and giant of the Namibian struggle for liberation."

Elected in 1989 to Namibia's Constituent Assembly, Dr. Gurirab was a key drafter of the country's Constitution, and became a member of the first National Assembly in 1990.

As Foreign Minister, he served as President of the UN General Assembly 1999-2000, when the Millennium Development Goals (MDGs) were adopted, a period that also coincided with Namibia's membership of the UN Security Council.

"Just imagine," former President Hifikepunye Pohamba said, recalling this period, "small Namibia produced somebody who was chairing the whole world at the United Nations…. That was an honour for all of us."

Later, as Speaker of the National Assembly, Gurirab was elected President of the International Parliamentary Union (IPU) 2008-2011, after which he was named honorary president, for his exemplary service.

His successor as Speaker of the National Assembly, Hon. Prof. Peter Katjavivi, who had worked in tandem with him in securing international support for Namibian independence, issued a statement that expressed "a deep sense of loss, on the passing of Hon. Dr Theo-Ben Gurirab, one of the founding members of the Namibian Nation."

Tracing his many pre- and post-independence achievements, Katjavivi said, "As we celebrate the life of Hon. Dr. Theo-Ben Gurirab, may we find solace in the fact that he has completed his dignified life journey with dedication to serve Namibia and the rest of the global village."

He served on the Central Committee and Politburo of SWAPO and consistently scored in the top ten in the party elections to central committee.

The founding President of Namibia, Dr Sam Nujoma, said, "One cannot talk about the history of Swapo without mentioning Gurirab's name. Swapo grew in the international arena because of Gurirab."

Born on 23 January 1939 at Usakos, north-west of Windhoek, and educated there and at the widely respected Augustineum Training College in Okahandja, he obtained a teaching diploma in 1960, the same year that SWAPO was formed.

Despite being a qualified teacher, he worked in a fish factory at for two years before devising a method to leave the country by train, to join the party in exile in 1962, going first to Tanganyika (now Tanzania), where he was awarded a UN Fellowship in 1963 to study in the United States.

He reached Tanganyika in time for the swearing in of Julius Nyerere as President in December 1962, after serving as Prime Minister for the first year of independence.

Nyerere was a firm supporter of SWAPO, which was founded in 1960 and turned to armed struggle in 1966 after South Africa refused a United Nations order to withdraw from the trust territory.

Theo Ben Gurirab remained in exile for 27 years during which time he played a key role as a negotiator in achieving independence for Namibia, after the UN terminated South Africa's mandate over Namibia in 1966, which Pretoria refused to accept.

He walked in the footsteps of Hosea Kutako, the chief and commander who drafted Namibia's first petition for independence and sent it to the United Nations on 26 August 1946.

He earned a Bachelor of Arts degree in political science (1969) and a Master of Arts degree in international relations (1971). After independence, he was awarded an honorary Doctor of Law degree from the University of Namibia, in recognition of his outstanding leadership in the field of foreign policy and diplomacy.

During the period when he was SWAPO's top diplomat at the United Nations, from 1972 to 1986, SWAPO's political and diplomatic status grew from that of a petitioner on the sidelines of diplomacy to a mainstream negotiator and participant in the international arena.

He later pledged to "do what is necessary to safeguard the Republic of Namibia, the People, the Constitution, and our nationhood for the benefit of the children of the land and all posterity."

The protracted negotiations that produced UN Security Council Resolution 435 (1978), containing an internationally accepted plan to bring independence to Namibia, represented one of the many achievements of his political and diplomatic career.

Following mobilization by SWAPO through its offices in New York and London, represented by Theo Ben Gurirab and Peter Katjavivi respectively, a contact group of western countries comprised of Canada, France, West Germany, United Kingdom and United States launched a joint diplomatic effort to facilitate an internationally acceptable transition to independence for Namibia.

After lengthy consultations with SWAPO and the Frontline States of Angola, Botswana, Mozambique, Tanzania and Zambia, this led to the presentation of UNSC Resolution 435, a settlement proposal for the holding of elections in Namibia under UN supervision and control, following a ceasefire and restriction of military activities.

Apartheid South Africa agreed to cooperate on the implementation of Resolution 435, but did not do so, and the confrontation and negotiations continued for another decade, until the South African Defence Force (SADF) was defeated militarily at Cuito Cuanavale in southern Angola in early 1988 by the Angolan armed forces with support of the Cuban military and the People's Liberation Army of Namibia (PLAN).

This changed the future of Angola, Namibia, South Africa, and the rest of the southern Africa and Africa.

This battle 30 years ago at Cuito Cuanavale should be written large in history as the "war to end all wars" after which South Africa began its retreat from apartheid and two years later, released Nelson Mandela from prison.

Theo Ben Gurirab played the key role, as Foreign Secretary of SWAPO, in the intense negotiations that followed, leading to Namibia's independence in 1990 after South Africa eventually agreed in December 1988 that the United Nations should resume control over Namibia.

He was one of the leading SWAPO negotiators of the ceasefire agreement signed in March 1989 by South Africa's apartheid regime and SWAPO, which set the pace for elections in Namibia and its transition to independence. He was one of the first SWAPO leaders to return home in 1989 to help to organize pre-independence elections.

Among his major achievements as Foreign Minister post-independence, Gurirab led three years of negotiations over Walvis Bay, which resulted, on 1 March 1994, in its reintegration, and that of the offshore islands, into Namibia, in fulfilment of Security Council resolution 432(1978).

And in July 2018, when his body returned to his home town of Usakos for a memorial ceremony before burial at the national Heroes Acre, the service concluded with a request to government that the Walvis Bay airport be renamed in honour of Theo-Ben Gurirab. sardc.net 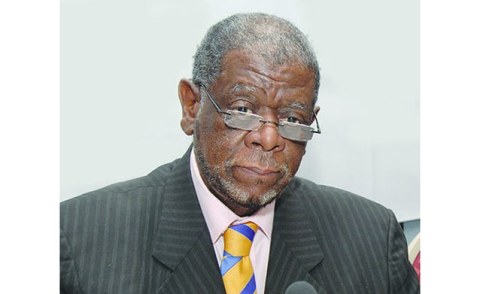 Namibian Hero Who Changed the World
Tagged:
Copyright © 2018 Southern African News Features. All rights reserved. Distributed by AllAfrica Global Media (allAfrica.com). To contact the copyright holder directly for corrections — or for permission to republish or make other authorized use of this material, click here.