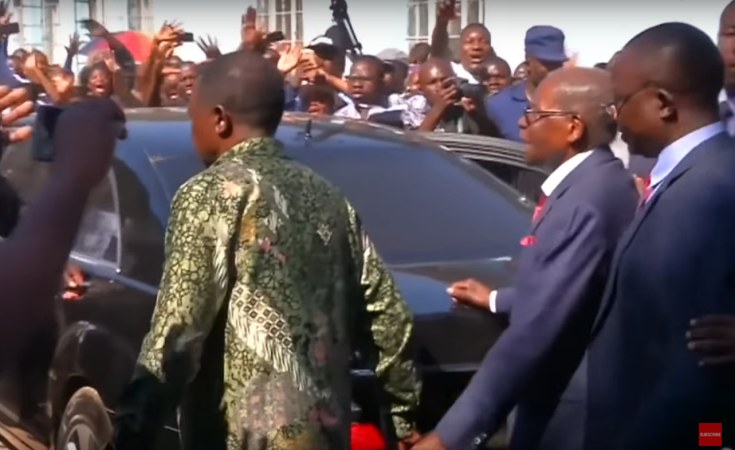 Former President Robert Mugabe was Monday greeted with wild cheers from perceived MDC Alliance supporters who waved open palms when he turned up at Mhofu Primary School, his traditional voting place in Harare's Highfields suburb, to cast his ballot.

Mugabe, who vowed Saturday he would not vote for President Emmerson Mnangagwa but MDC Alliance leader Nelson Chamisa, arrived at the polling station soon around lunch hour, accompanied by his wife, Grace and daughter Bona.

Excited by their surprise new found ally, a crowd of perceived MDC Alliance followers, greeted him with deafening chants of his clan name, "Gushungo" while showing open palms, the opposition MDC symbol.

Some locals who had already cast their votes earlier in the morning chose to spend the remaining hours loitering outside the polling station just get a glimpse of the former ruler.

Security aides and police operatives had a torrid time trying to contain the stampede.

This 2018 election is the first ever election since independence which does not have Mugabe's name on the ballot paper.

Mugabe said Sunday "that's the reality" when asked how he now felt about being an ordinary voter.

In his address to the media Sunday, Mugabe spoke bitterly about being ill-treated by his former subordinates, insisting he would pay back the abuse by not voting for his "tormentors".

Soon after casting his vote, Mugabe left without addressing dozens of journalists who had waited for the moment to see him vote. 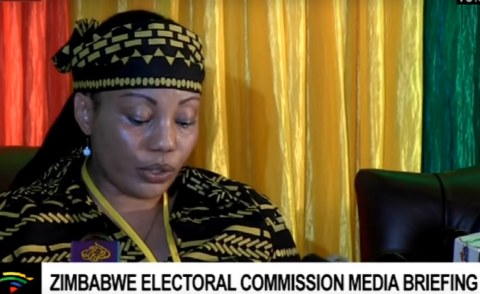 Electoral Body Set to Announce Zimbabwe Election Results
Tagged:
Copyright © 2018 New Zimbabwe. All rights reserved. Distributed by AllAfrica Global Media (allAfrica.com). To contact the copyright holder directly for corrections — or for permission to republish or make other authorized use of this material, click here.

'Give Me Chance So I Can Fix the Country,' Weah Asks Liberians
Sport