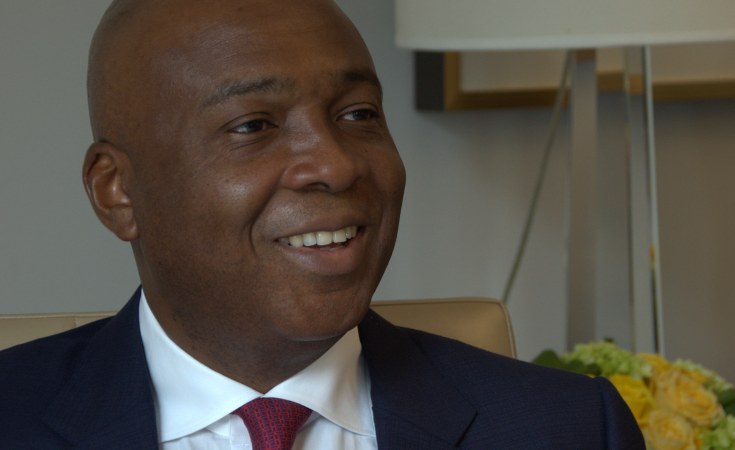 The Senate President, Bukola Saraki, has formally announced that he is leaving Nigeria's ruling party, APC.

The Kwara State Governor, Abdulfatah Ahmed, made a similar announcement at about the same time.

Mr Saraki made his announcement on his official social media handles.

"I wish to inform Nigerians that, after extensive consultations, I have decided to take my leave of the All Progressives Congress (APC)." he wrote on his Twitter handle.

Mr Saraki's defection has been largely expected from Nigerians especially after all the federal lawmakers from his Kwara State left the APC last week.

The Senate President is expected to join the main opposition party, the Peoples Democratic Party (PDP).

I wish to inform Nigerians that, after extensive consultations, I have decided to take my leave of the All Progressives Congress (APC). - Bukola Saraki (@bukolasaraki) July 31, 2018

A statement by his media aide, Muyideen Akorede, said the decision followed consultations with people in the state.

"Following due consultations with the people and in response to calls by major stakeholder groups in the state, Kwara State Governor, Alhaji Abdulfatah Ahmed today defected to the People's Democratic Party(PDP), having realized that the All Progressive Congress (APC) can longer serve as a platform for achieving the aspirations and expectations of his people," the statement said.

Mr. Saraki joined the APC on January 29, 2014 after falling out with the then PDP government led by President Goodluck Jonathan. He was among 11 PDP senators of the period who left the PDP on that date.

Two months before then - November 2013 - Governor Ahmed, alongside four other then PDP governors defected to the APC. They were Chibuike Amaechi (Rivers), Aliyu Wamakko (Sokoto), Murtala Nyako (Adamawa) and Rabi'u Kwankwaso (Kano). Mr. Kwankwaso, now a senator, has also since returned to the PDP.

When PREMIUM TIMES at the time asked him why he left the PDP, he said, "A lot has been going on about the way the PDP is being run, starting from right after the last convention and they dissolved the congress of Adamawa. I am one of those who said we can't just get up and be doing those kinds of things because it sends a wrong signal about the party.

"Take also the issue of the NGF and what followed with not following due process and internal democracy which now led to the party not holding meetings and the like. Take also the case of Kwara state: we concluded plans to go into local government elections and we have gone through primaries and the party had even gone to inspect the primaries and then all of a sudden, 24 hours later someone sits here in Abuja and just writes a list of 193 councillors and 16 chairmen with no respect at all for what the wishes of the people are!

"There is no way a serious politician who has the interest of his people be party to this kind of thing. Our main purpose of being in politics is to protect the interest of our people. So it was even not me, but the people who said we cannot continue to be in this party and support this kind of process. That is why whenever people ask me whether they are talking to me, I tell them that this decision goes beyond me as an individual. How do I go back to the state and tell the people that PDP is a party that represents their wishes?

"To them what the party did was like a rape on democracy. You know at the grassroots level, the people are not so interested on the president or governor. They are deeply interested in who become their councillor and chairman. So when they go through a process and Abuja said no, if you are a politician, you know what that does to you.