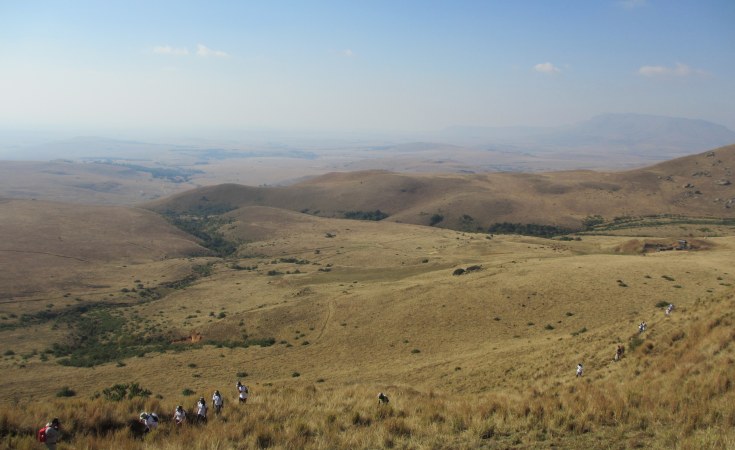 President Cyril Ramaphosa announced that the ANC would propose an amendment of the Constitution to Parliament, outlining conditions for expropriation of land without compensation.

His late-night announcement came following the political party's two-day national executive committee lekgotla, which discussed progress government had made over the space of a year in delivering services to South Africans and turning around the country's ailing economy.

Ramaphosa, who serves as the president of both the ANC and the country, said through this development more of the country's land would be used - thus allowing for millions more to participate in South Africa's economy.

His speech also came on the back of the latest unemployment figures from Statistics South Africa, which showed an increase of 27.2% this quarter, a spike from last quarter's 26.27%.

"Our economy is facing serious challenges. The recently released figures on unemployment are worrying," acknowledged the president.

The ANC resolved on expropriation of land without compensation at its watershed December national conference, which also saw Ramaphosa elected party president.

It also said, following a land summit in May that there was no need to amend the Constitution and instead suggested that legislation around land reform in the country be tested.

It's this view which gave rise to the parliamentary Joint Constitutional Review Committee's current work - as the ANC agreed with an EFF motion to expropriate land without compensation, but differed on whether changing the Constitution was the right modality towards this goal.

The joint committee has been traveling across the country conducting public hearings to garner the views of ordinary South Africans on whether Section 25 of the Constitution needed to be amended.

"It has become patently clear that our people want the Constitution [to] be more explicit about expropriation of land without compensation, as demonstrated in the public hearings," observed Ramaphosa, who also lauded the many communities, sectors and leaders who attended the parliamentary events.

The president said the ANC had also directed government to initiate farmer support programmes in "depressed areas" ahead of this year's rainy season.

"This should include supporting farmers with tools, tractors, fertilisers, seeds, extension services, finance and access to key infrastructure," said Ramaphosa.