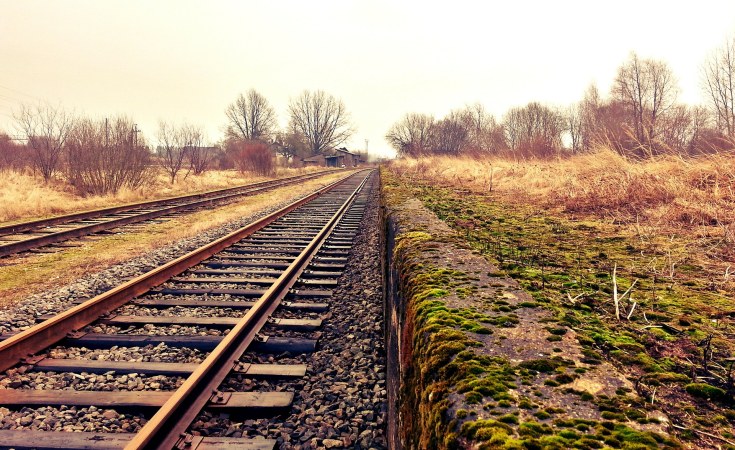 The Passenger Rail Agency of SA (Prasa) says it has been issued with a new safety permit, which is presently being "finalised".

This as the Railway Safety Regulator (RSR) announced on Wednesday that it was operating illegally when its previous one expired on Tuesday.

Prasa spokesperson Nana Zenani confirmed to News24 that they had in fact been issued with a permit. However, she was unclear as to whether it was an extension of its old permit while the RSR considers several safety compliance issues which had been pointed out to the agency earlier.

Zenani did not have any further details, but said Prasa never considered itself as operating illegally because they had been in discussions with the RSR since last week ahead of the expiration date on July 31. They had apparently also not been contacted by the RSR in terms of the permit and had only heard about the matter in the media.

Zenani said Prasa met the RSR last week and the RSR raised three issues for Prasa to address:asset condition assessment of all assets under Prasa;Prasa's submission of a plan around its Modernisation Programme; andthe filling of critical work grade vacancies.

"Prasa submitted its response for RSR consideration on Tuesday, 31 July 2018, to which the RSR gave an undertaking to respond in 48 hours.

"In light of this, Prasa requested an extension of the safety permit to cover the 48-hour timeline given by the RSR to respond to Prasa's submission.

"As of today, no official response has been received from RSR to Prasa, except for what is now in the public domain through the media," she said.

"This means that Prasa does not have an official document from RSR that articulates the sentiments shared in the media statement.

Earlier, the RSR issued a statement saying, "The RSR is of the opinion that Prasa cannot demonstrate to the regulator that it has the ability, commitment and resources to properly assess and effectively control the risks to assets and safety of its customers, staff, contractors, visitors and others who may be affected by its railway operations."

Spokesperson Madelein Williams said: "Prasa's permit, which was previously issued with special conditions, expired at midnight on 31 July and the RSR has taken a decision not to issue a permit until it is satisfied that Prasa's planned interventions addresses the current safety concerns."

Zenani told News24 that, given the undertaking to hear back from the RSR within 48 hours, Prasa did not consider itself to be running an illegal service on Wednesday.

In the meantime, Metrorail Western Cape told News24 its trains would run until Prasa told them to stop, regardless of what the RSR told the media.

"We have not been given instructions to stop," said spokesperson Riana Scott.

Transport Minister Blade Ndimande has also ordered Prasa to get its train safety up to scratch quickly and adhere to the Rail Safety Regulator Act by always improving their Safety Management Systems and adhering to standards, regulations and guidelines.

"Rail is a very important part of our public transport system and [it] is cost effective," said Nzimande in a statement.

Nzimande's spokesperson Ishmael Mnisi said Nzimande did not have the legal authority to force the trains to stop, but wanted a report urgently from the regulator and Prasa on what was being done to ensure trains were brought back into compliance with safety rules.

General secretary Steve Harris said Parliament should make President Cyril Rhamaphosa explain why the government had left the state-owned enterprise to "go to ruin over the past few years".

"This is a very dangerous situation. If our members continue working, they are assisting their employer in committing a criminal [offence]. But if the trains stop operating with immediate effect as it should, furious commuters will go on a rampage and torch the few train coaches that the country has left.

"It is mind-blowing how government ...could have allowed this crucial state asset, the cheapest transport for the poorest of the poor, to fall apart like this.

"UNTU warned that the wheels where coming off and now they are off," said Harris.

Previous Story
Next Story
Who Is Burning Cape Town's Trains?

Who Is Burning Cape Town's Trains? 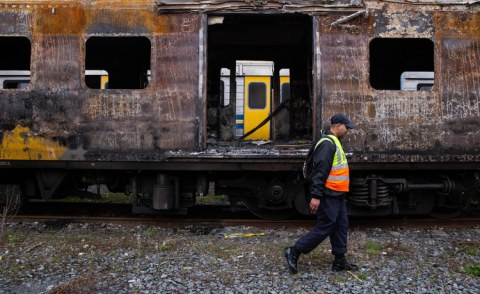 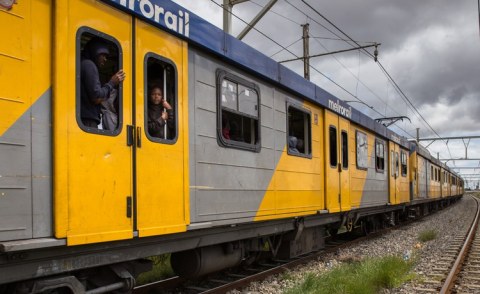 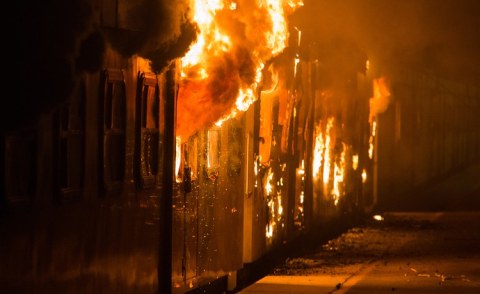 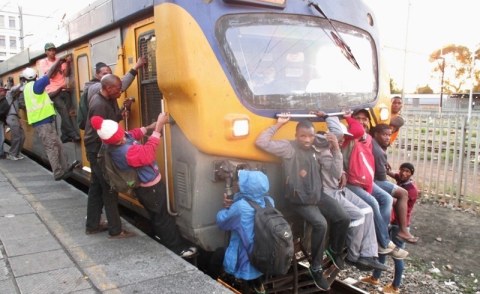 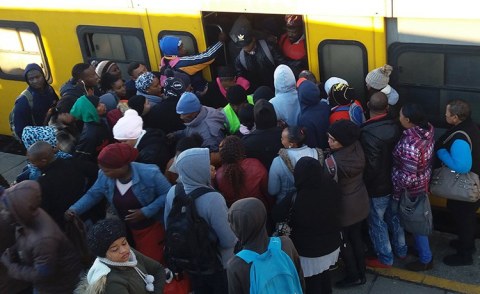 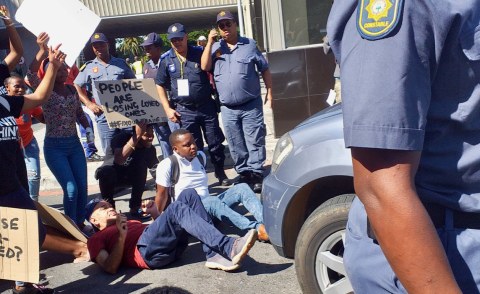 South African Activists Cause Delay at Ramaphosa's Train Launch
Tagged:
Copyright © 2018 News24Wire. All rights reserved. Distributed by AllAfrica Global Media (allAfrica.com). To contact the copyright holder directly for corrections — or for permission to republish or make other authorized use of this material, click here.