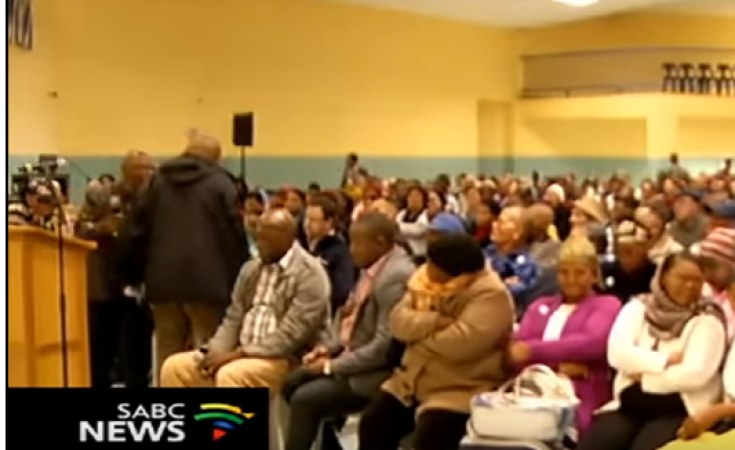 The ANC government's track record on land reform over the last two decades is a "damning indictment" and seven key questions need to be asked if the government is to get land expropriation right, a prominent academic says.

Professor Ruth Hall - who has specialised in the field of land reform since 1995 - delivered a public lecture at the University of the Western Cape (UWC) on Thursday on the emotive topic of land expropriation without compensation.

She started her lecture by acknowledging two aspects of the debate that has polarised the differing opinions thus far: That land is simultaneously a material issue about poverty and equality, but that it also symbolises identity, home and citizenship.

"We need to acknowledge that the land question is not just a matter of farming or the economy," she told a packed lecture hall at UWC.

"It is something visceral and raw, and what we have seen in recent weeks and months is that South Africans are deeply polarised - and this is overwhelmingly along racial lines."

Citizens also needed to recognise the intergenerational differences in inheritance, so that all citizens can start the debate from the same base.

Having said that, the country also needed to understand the failings of land reform over the last few decades, she said.

"In 1993, President Cyril Ramaphosa - who was then secretary general of the ANC - spoke at the Land Redistribution Options Conference in Johannesburg, where a future plan for land reform was being thrashed out.

"He said in his opening remarks: 'The massively unequal distribution of land is not merely an unfortunate legacy of apartheid; it is the totally unacceptable continuation of apartheid'.

"Looking back now from 2018, this statement stands as a damning indictment of the ANC's track record in government because we can still say that this unacceptable situation has continued."

Coming into land reform in 1994, the ANC promised to start by redistributing 30% of commercial farmland within the first five years, but by 1999, less than 1% had been redistributed, Hall said.

"Here we are 24 years later, and about 9.7% of commercial farmland has been acquired or redistributed.

"There has been no national monitoring programme to say what the outcomes have been, but from scientific case studies as well as media reports and anecdotal evidence, we know that many of those getting land have been unable to use it effectively to improve their lives."

This was for two reasons - the imposition of inappropriate business plans to replicate commercial models, and second, an absence of proper support.

Some institutions which had helped agriculture grow previously had been abandoned, such as marketing cooperatives and funding institutions.

Hall also cited Parliament's High-Level Panel report of 2016/2017 that showed that the Constitution was not to blame because it had actually not even been tested in a court of law.

Also, the budget for land has never exceeded 1% of the national budget and currently, land reform accounts for just 0.4% of it.

"Bear in mind that a large proportion of the budget is not for buying land but for operating costs, including paying the salaries of civil servants. Political priority must mean an increase in the budget."

The pace of land redistribution has also declined from about half a million hectares per year at its zenith in 2007/08 to one-tenth of that in 2015/16, she said.

"This has nothing to do with the Constitution; it has been a political choice to dismantle land reform over the past 10 years."

With those things in mind, and going forward, Hall proposed seven key questions to consider as the country looks to develop a new model, centreing around the government's ability to redistribute the land.

Taking the land is the easy part, but how to go about its inevitable redistribution is where the country should focus its energy.

1) Land reform for whom?

3) Which land should be targeted and where?

4) How are decisions to be made?

6) Whether or not to compensate?

Along with this, a redistribution bill and an expropriation bill, that spells out the steps involved in a new model, will be crucial.

"Should we as South Africans think that change will come from above? It will likely come from below, from society rather than the state," she wrapped up.

"The law is an enabler but by itself, won't produce transformed land relations. It is now up to us - as allies in academia and civil society and social movements - to do this."

As an academic, she was not interested in whether or not the Constitution changed, but in what land reform South Africa ultimately decided to pursue.