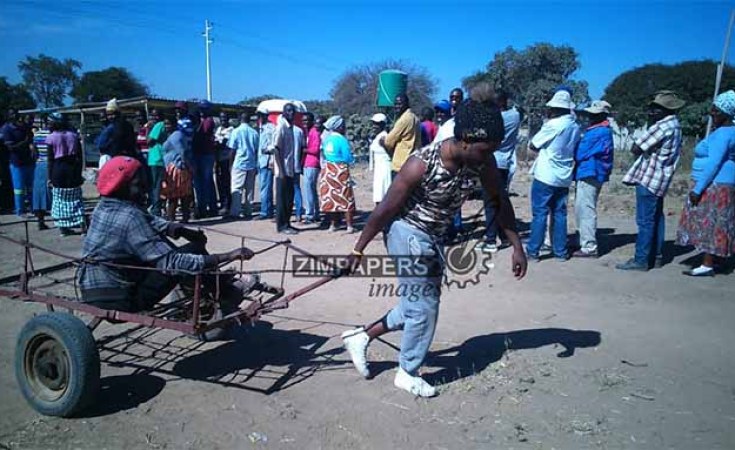 The Herald
Voter turnout was high, particularly in the morning as most polling stations in the capital were swarmed by voters.
Kubatana.net (Harare)
press release

A soldier assaulted Idah Mhetu, a New Zimbabwe journalist while she covered events unfolding at the corner of Robert Mugabe & Rotten Row. Mhetu says the soldier armed with a whip made of what appeared to be electrical cables covered in rubber whipped her on her back. She suffered minor injuries as a result.

Daniel Chigundu, a correspondent with OpenParlyZW was stoned in the forehead when a crowd that had gathered outside the Rainbow Towers Hotel turned rowdy and started hurling missiles. The crowd was trying to force its way onto the Hotel grounds where the Zimbabwe Electoral Centre had set up its elections command centre. Chigundu was standing behind police officers who were guarding the gate at the time he was stoned.

MISA Zimbabwe condemns all forms of violence against journalists. Journalists on the front lines should be permitted to carry on with their duties. MISA Zimbabwe urges members of the media community and the public to report any media violations on the MISA Hotline is 0784 437 338. MISA Zimbabwe staff is also on standby to assist media practitioners injured or arrested in the line of duty.

Zimbabwean President Mnangagwa Calls for Peace and Unity
Tagged:
Copyright © 2018 Kubatana.net. All rights reserved. Distributed by AllAfrica Global Media (allAfrica.com). To contact the copyright holder directly for corrections — or for permission to republish or make other authorized use of this material, click here.