Zimbabwe: I'll Be President for All - Mnangangwa 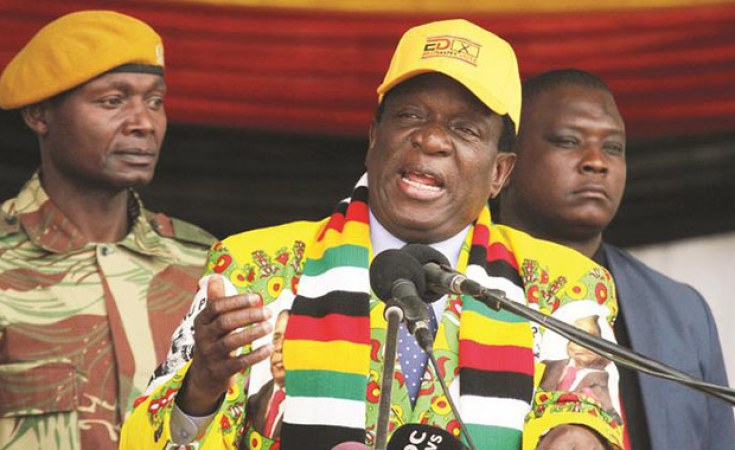 President Mnangagwa has pledged to serve all Zimbabweans irrespective of political affiliation following his election to the presidency during the harmonised elections held on Monday this week.

The President was addressing a press conference at State House in Harare this evening.

"I pledge to be the President of all Zimbabweans, a President of those that voted for me and those who did not, for both must be made to belong and to participate in national processes," President Mnangagwa said.

He said his main rival in the presidential election MDC Alliance's Nelson Chamisa also had a crucial role to play in Zimbabwe's present and future.

"To Nelson Chamisa, I want to say; you have a crucial role to play in Zimbabwe's present and its unfolding future. Let us both call for peace and unity in our land, call for both, louder than ever. That is the role of leaders. That is our joint responsibility even though discharged and fulfilled differently," he said.

Zimbabwe Opposition Protesters in Court Over Post-Vote Violence
Tagged:
Copyright © 2018 The Herald. All rights reserved. Distributed by AllAfrica Global Media (allAfrica.com). To contact the copyright holder directly for corrections — or for permission to republish or make other authorized use of this material, click here.