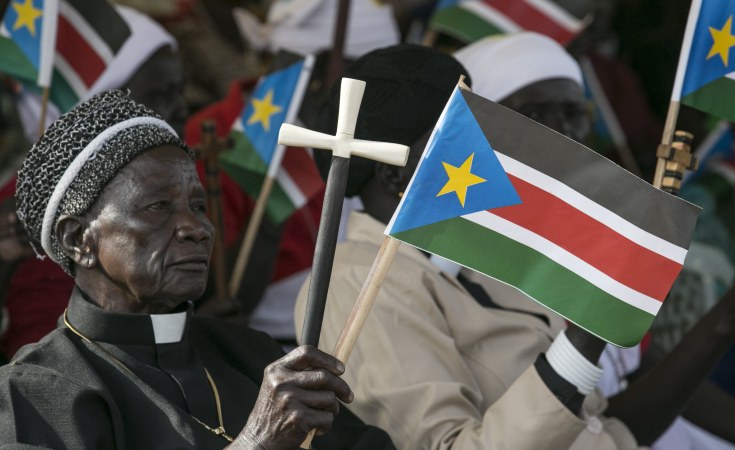 Al-Dirdiri, the chief mediator of the ongoing peace talks, told VOA's South Sudan in Focus he expects all parties to sign an agreement in Sudan's capital, Khartoum, on Sunday.

After speaking to al-Dirdiri on Friday, Kiir told journalists he is ready to sign a power-sharing deal with all opposition parties and this time believes it will be upheld.

The president said he made some compromises with opposition groups because he wants the agreement to hold. He said he has no reservations about the Khartoum agreement, unlike the peace deal he signed in 2015 that "was forced on us," he said Friday.

While insisting he is fully committed to implementing a new deal, the president acknowledged the huge challenges that lie ahead for his government, including how to manage a planned 550 lawmakers, 35 ministries, and five vice presidents.

One armed opposition group, the National Salvation Front, led by Thomas Cirillo Swaka, said it will not sign a peace deal that fails to guarantee a federal system of governance in South Sudan.

The group's information secretary, Jalphan Samson, said if arguments over the number of states or holding a referendum are not resolved, his group will refuse to sign the deal.

He said the National Salvation Front believes South Sudan's future transitional government should revert back to the original 10 states instead of the current 32, which he calls unconstitutional.

Samson also said the federal system of governance should be introduced immediately during the transitional period, allowing everyone to have a voice in government.

"Our position is we want every individual South Sudanese must get his right in this agreement. That is why we don't want to make agreement and others feel that they are betrayed," Samson said.

South Sudan President Pardons Opposition Groups
Tagged:
Copyright © 2018 Voice of America. All rights reserved. Distributed by AllAfrica Global Media (allAfrica.com). To contact the copyright holder directly for corrections — or for permission to republish or make other authorized use of this material, click here.