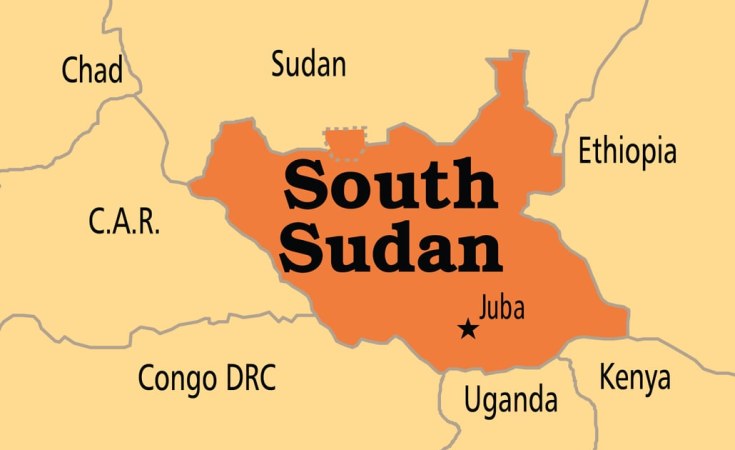 South Sudan has a new peace agreement. The question is: will it hold? According to author and scholar Douglas Johnson, that depends on a lot of factors.

If it holds, the deal on power-sharing signed on August 6 by President Salva Kiir and his now reinstated Vice President Riek Machar could end a civil war that has killed tens of thousands of people and displaced millions in the world's youngest country. But there have been ceasefires and agreements before that were not worth the paper they were written on. DW talked to scholar and author Douglas Johnson, an expert on the region, about the chances for the new deal.

DW: This isn't the first agreement signed by Kiir and Machar. What are your expectations concerning the present deal?

Douglas Johnson: The problem, of course, is implementation. Who is going to monitor and guarantee implementation? We'll have to wait and see. Part of the problem, of course, is that it's a power-sharing agreement, not really addressing the fundamental political and constitutional issues of South Sudan. You now have five vice-presidents, you've got an expanded assembly, you've got attempts to give people positions from the very top to the local states. The whole issue of the constitutional powers between a central government and state governments hasn't been addressed. If this agreement gives South Sudan some time in which to have a full-scale, proper constitutional consultation that leads to a stable peace agreement, fine. But right now I think that there are some real questions about whether this formula will work.

Among the problems that need to be addressed what would be the priorities?

There are the security priorities as well as the political priorities. Right now there has been a proliferation of armed groups throughout South Sudan. You have within the SPLA itself - the national army - a number of units that are very poorly disciplined, very poorly trained, and have been involved in some of theworst atrocitiesin the war. Something has got to be done about them. To disband them may be one thing that could give people a sense that maybe security was going to be reestablished. But a lot of the other groups are not organized military groups. They are armed civilians. Some of them have been represented in this peace agreement. But we don't know whether the people who have signed on behalf of armed groups really represent them. And as long as the armed groups are there as autonomous units that have been set up for their own self-defense or for their own offense against their neighbors, we don't quite know how security is going to be reestablished. It is not going to be established by incorporating all of these armed groups into a national army. The national army is far too big, it is far too poorly trained and it is far too ill-disciplined.

I've mentioned the political issues. We've got now both by Riek Machar's main opposition and the government's proposals to divide up South Sudan into smaller states. This is not the right approach to a federal system, because it leaves the power of the central government supreme in creating the states, with no real examination of the viability of each of them. For instance, just a few months ago, a minister in one of the newly created states announced that he had no office, that his office was a desk underneath a tree. Creating states and appointing people into positions doesn't actually solve the administrative and political issues. And I think that has to come about by a more far-reaching set of consultations, leading to some sort of constitutional convention.

If the peace agreement holds, what will it mean for the region especially taking into account the recent peace deal between neighboring Ethiopia and Eritrea?

If this peace agreement holds, it can only be good news for the region in general. Insecurity in South Sudan has affected the neighbors, Ethiopia, Kenya, Uganda and Sudan. There are South Sudanese refugees in all of those countries. I wonder to what extent it will actually lead to greater security in Sudan. The Comprehensive Peace Agreement that ended with the independence of South Sudan has not brought peace to Sudan. They are still fighting in the Blue Nile area and in the Nuba Mountains with groups that were formerly a part of the SPLA. I think that what Khartoum wants and what South Sudan now probably will have to do is to cease to give any kind of support to the insurgencies in those two areas. But that by itself won't necessarily bring peace and stability to Sudan. So certainly this is good news for Ethiopia, Kenya and Uganda, and, I suppose - to a lesser extent - the Democratic Republic of Congo, but we'll have to wait to see what sort of an impact this has on Sudan's own internal insecurity.

Why this agreement at this time? Is it a result of international pressure, even if Kiir says it is not?

I really can't answer that, I don't know exactly what has gone on behind closed doors between the government in Khartoum and the government in Juba. The excuse that Salva Kiir used for the failure of the previous peace agreement was that it had been imposed on him by IGAD (Intergovernmental Authority on Development). It is interesting that he is saying that there is now no international pressure on him, because of course there has been quite a lot of international pressure. What this seems to indicate is that he has decided not to use the excuse of an imposed peace to jettison it at a later time. I think that what we have to realize is that the coalition that has kept Salva Kiir in power in Juba, has fractured. He is not in as strong a position as he thought he was back in 2016 to break that peace agreement.

Under the present scenario it also seems unlikely that either side will be taken to task anytime soon for the atrocities they've committed.

I think what we have to see here is the growing power of public opinion in South Sudan. There is of course repression by the government of its critics. There is no press freedom. The national security operates pretty much independently, without any sort of control over them. But I'm beginning to see not only in youth groups, but in women's movements and other civil society and civilian organizations a growing demand that there must be some sort of accountability for the atrocities that have taken place since 2013.

Douglas Johnson is the author of books on South Sudan, including "The Root Causes of Sudan's Civil Wars" and "Souith Sudan: A New History for a New Nation."

South Sudan President Pardons Opposition Groups
Tagged:
Copyright © 2018 Deutsche Welle. All rights reserved. Distributed by AllAfrica Global Media (allAfrica.com). To contact the copyright holder directly for corrections — or for permission to republish or make other authorized use of this material, click here.