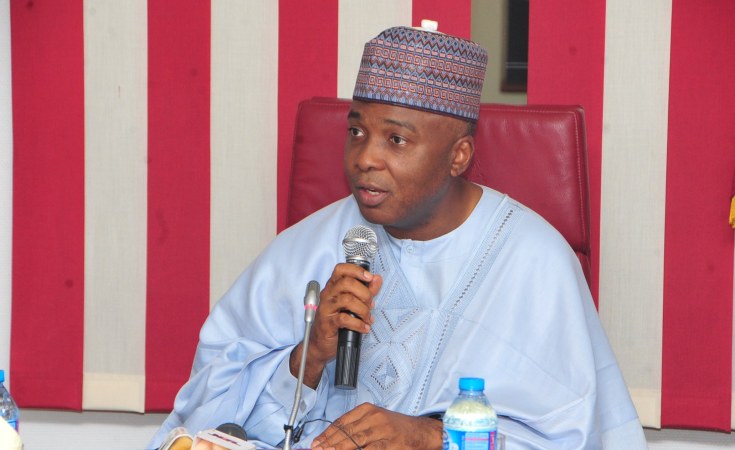 Senate President, Dr. Bukola Saraki has called for an emergency meeting of the leadership of both the Senate and the House of Representatives.

The Meeting which would hold at 12 noon will have the leadership in attendance to brainstorm on the letter of President Muhammadu Buhari on the proposed sum of N164 billion to be provided for through virement or supplementary of the 2018 budget as well as look into the not less than N242 billion that would be required for the conduct of 2019 general and Presidential elections.

According to the source, after the meeting of the leadership of the National Assembly, a meeting would then be held with officials of the Independent National Electoral Commission, INEC at 1pm same day.

Plot to Impeach Saraki Thickens - Senators Blocked by Masked Men
Tagged:
Copyright © 2018 Vanguard. All rights reserved. Distributed by AllAfrica Global Media (allAfrica.com). To contact the copyright holder directly for corrections — or for permission to republish or make other authorized use of this material, click here.