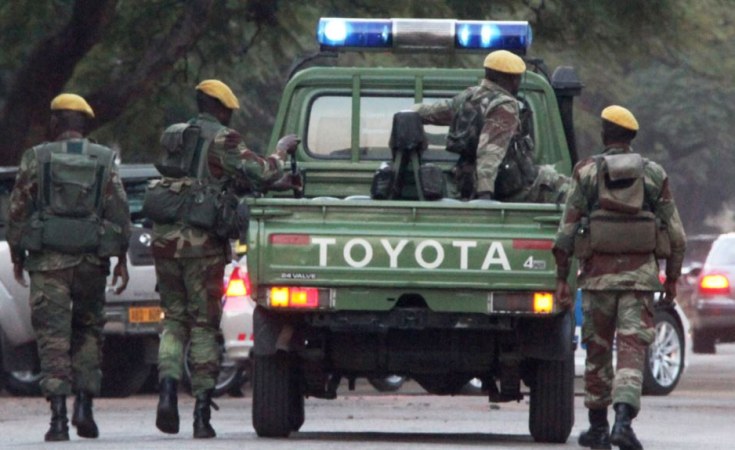 The government has dismissed as lies social media claims of beatings and abductions of citizens in the poorer suburbs of Harare following last week's disputed elections.

Social media has been awash with reports of soldiers going on the rampage in areas such as Chitungwiza, as well as Harare suburbs of Kuwadzana and Dzivaresekwa.

Harare, like most of the country's cities and towns, voted for the opposition with the capital rocked by deadly violence last Wednesday as angry activists protested the ruling Zanu PF party's victory in the presidential vote.

In response, it was claimed that the military has launched a crackdown in the high-density areas of the capital and its surrounds with Chitungwiza hospital reportedly teeming with casualties from the campaign.

Clearly worried about the impact of the reports on international perceptions of the situation in the country, foreign affairs minister Sibusiso Moyo addressed ambassadors accredited to Zimbabwe in Harare on Monday.

No beatings or abductions

He dismissed reports of the claimed abductions and beatings as fabrications.

"We have heard that soldiers have beaten up people in Chitungwiza, Kuwadzana and Dzivaresekwa areas," said Moyo.

"We have fully investigated this and the head of Chitungwiza hospital has informed us that there were never any people who were formally detained in hospital.

"In fact, it only happened on the day of the violence on August 1 where 14 people who were also victims of the protest came in but for minor issues and went back. They were never detained.

"In Kuwadzana and Dzivaresekwa, Government is not aware of any beatings or abductions so far as has been reported.

"All what we are realising is that there is a lot of misinformation that is coming out from social media. It is not only affecting all of us here, but it is affecting certain perceptions, which are developing in certain areas."

He added; "Let me assure you that the military of this country is generally a well-trained and very disciplined force, which has operated for a period of almost over three months from November to about January 2018.

"At one stage it took over the responsibility of policing, it is well experienced in dealing with people and it will not indulge in that."

The minister said those with evidence of the claimed abductions should bring it forward adding that the presence of security personnel on the streets was linked to ongoing 'normal' operations following the violence witnessed in Harare last week.

"Yes, they may be certain security or police operations, which are underway as a result of the death of six people, those normal police operations do not normally end up meaning or being interpreted as some kind of atrocities being perpetrated," he said.

"There may be some people who are being sought, who are directly responsible and have been identified for specific offences on the day in question."

Opposition Leaders Biti, Komichi and 7 Others Wanted By Police