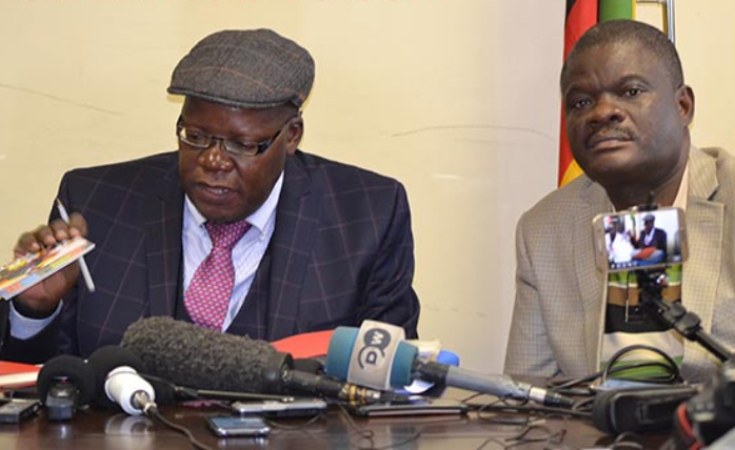 The gang of 19 men and 8 women including former Zanu-PF member and MDC -Alliance parliamentary candidate Shadreck Mashayamombe, initially appeared in court on Saturday and were remanded in custody to yesterday for bail application.

After hearing submissions from both parties, the magistrate rolled the matter over to today for bail ruling.

Prosecutor Mr Michael Reza opposed bail on the basis of abscondment, interference and seriousness of the offence among other reasons.

"These are people who knew the police were looking for them but instead of surrendering themselves they went and sought refuge at their party's headquarters. Some were caught setting cars on fire and stoning shops. Six innocent people died as a result of the accused person's actions while acting in common purpose," he said.

He said although bail was a fundamental right, none of the suspects was a suitable candidate for bail given the circumstances.

On the other hand, the defence team argued that their clients were suitable candidates for bail saying they were innocent until proven guilty.

They claimed that some of the accused persons were actually workers at Harvest House while some were polling agents who had gone to the party's headquarters to collect their allowances and had nothing to do with the violent disturbances.

Other accused persons distanced themselves from the violent protesters arguing they were caught in a dragnet arrest while going about their business in town.

It is the State's case that on August 1 at about 1200hrs the gang in connivance with their alleged accomplices still at large, held an illegal demonstration against the alleged delay by the Zimbabwe Electoral Commission to announce this year's Presidential election results.

They marched in town singing and chanting MDC-Alliance slogans. It is alleged they harassed police officers at Market square police station before pulling down a billboard, which had the face of President Emmerson Dambudzo Mnangagwa and burnt it.

Sour Election a Blow to the Country