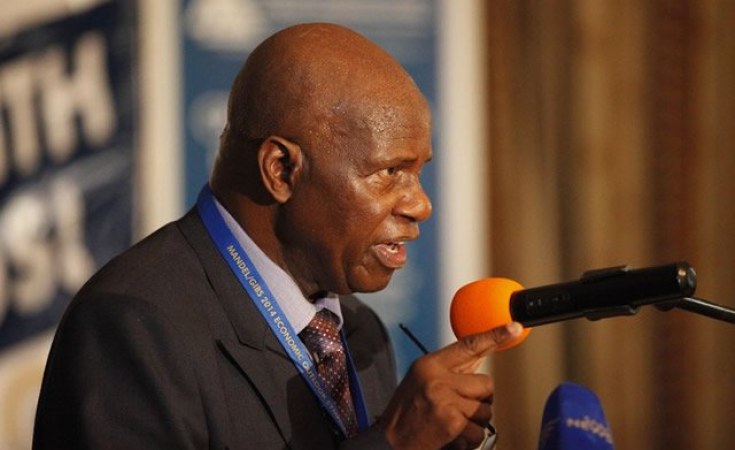 Zanu PF has assembled a 12-member legal team to prepare responses to litigation by MDC-Alliance leader Mr Nelson Chamisa, who is challenging results of the July 30 presidential election won by President Mnangagwa.

Zimbabweans voted on July 30 in an election Zanu-PF garnered 145 parliamentary seats against the MDC-Alliance's 63.

Mr Chamisa has refused to accept defeat and claims to have evidence the polls were rigged in favour of Zanu-PF by the Zimbabwe Electoral Commission (ZEC).

Mr Chamisa has been threatening multi-thronged action ever since he lost, including litigation.

In an interview with The Herald yesterday, Zanu-PF secretary for Finance Cde Patrick Chinamasa confirmed the setting up of the 12-member legal team, saying the MDC-Alliance's threat of litigation was unwarranted.

"Zanu-PF has assembled a 12-member legal team to prepare responses to the unwarranted litigation being threatened by the MDC-Alliance leader Nelson Chamisa challenging the validity of the Presidential vote," said Cde Chinamasa.

The legal team include Zanu-PF secretary for Legal Affairs Cde Paul Mangwana, himself a veteran lawyer just like Cde Chinamasa.

"Zanu-PF will defend the will of the Zimbabwean people as expressed through free, fair, transparent and credible elections that took place on 30 July," said Cde Chinamasa.

He said the legal team was also unhappy with the behaviour of MDC-Alliance towards the judiciary.

"The Zanu-PF legal team is gravely perturbed by the utterances of the legal practitioners representing the MDC-Alliance leader (Mr Chamisa) which are in utter contempt of the judiciary," said Cde Chinamasa.

"Statements by the MDC-Alliance lawyer suggesting that the judiciary is under capture and biased are a direct attack on the independence of the judiciary and should be considered disgraceful, especially coming from legal practitioners, who as officers of the court, should know better."

Cde Chinamasa said the lawyers will soon be reported to the Law Society of Zimbabwe.

"In due course, Zanu-PF will lodge complaints with the Law Society of Zimbabwe against the legal practitioners who have crossed the line in so far as their duties to the court are concerned," said Cde Chinamasa.

There was confusion in the MDC-Alliance yesterday, with senior officials posting on social media different positions regarding the opposition coalition's lawsuit challenging the results of the July 30 elections.

Mr Charlton Hwende tweeted: "Our petition challenging the electoral theft [email protected]agwa has been filed. Tomorrow the lawyers will speak to the press. No to subversion of the people's will."

Mr Hwende's post was shot down by Mr David Coltart, another senior MDC-Alliance politician, who dismissed any such claims as coming from the misinformed.

"There is a story doing the rounds that we have already filed president Chamisa's election petition," said Mr Coltart. "That is false. It will be filed in time in terms of sec 93(1) of the Const. Our team, which includes some of southern Africa's top Constitutional lawyers, is finalising the papers."