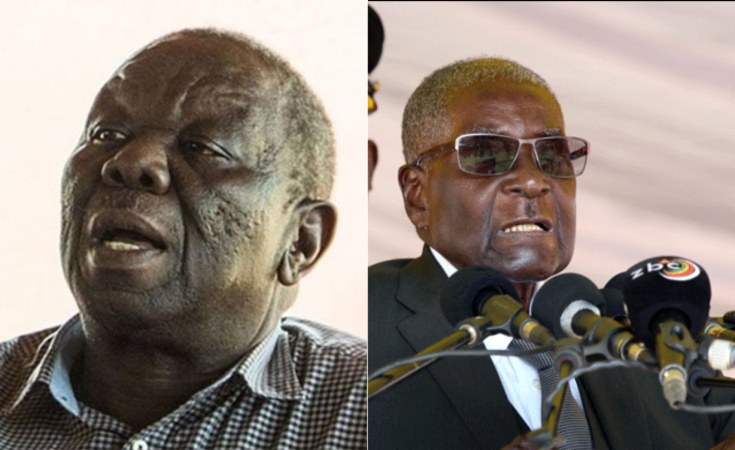 Until his death February 14 this year, Tsvangirai was set to become the MDC Alliance's presidential candidate for the elections.

But faced with a Zanu PF party which enjoyed massive support from Mashonaland provinces, according to Mawarire, the late opposition leader swallowed his pride and approached his bitter rival to ask him to rally support behind his bid to land the top job.

Tsvangirai, Mawarire said, sent his secretary general Douglas Mwonzora to Kenya in a bid to facilitate a meeting with Mugabe through exiled former cabinet ministers Patrick Zhuwao and Saviour Kasukuwere, who has since returned into the country.

The two, together with former Higher and Tertiary Minister Jonathan Moyo, were among G40 kingpins who were forced to skip the country November last year when the military mounted a soft coup against Mugabe whom they replaced him with his former deputy Emerson Mnangagwa.

On Monday, Mawarire was dragged into a public spat with Mwonzora who had been quoted in a local daily allegedly blaming current MDC Alliance leader Nelson Chamisa for allegedly jumping to bed with Mugabe ahead of the July 30 election.

But in an attempt to expose the MDC-T top official's double standards, Mawarire told NewZimbabwe.com Tuesday it was Mwonzora who led his lean delegation to Nairobi where he wanted the three former ministers to facilitate a meeting between his boss and Mugabe.

"He travelled to Kenya together with one female member of MDC-T; he met Saviour Kasukuwere and Patrick Zhuwao and he had said he was an emissary from president Tsvangirai.

"Mwonzora said that he had been sent to arrange for a meeting with the two presidents," Mawarire said.

The parties, according to Mawarire, met at Four Points by Sheraton Bellingham Hotel in Nairobi in January this year.

Mawarire said Mugabe agreed to throw his weight behind Tsvangirai's bid for presidency but on three conditions.

"The three conditions included that the MDC-T was supposed to call out the coup; they had to come out in the open and condemn what had happen on the 17th of November.

"Mind you, some of them (MDC) had participated in the (anti-Mugabe) demonstrations and some of them were arguing that it was not a coup.

"Secondly, the party (MDC) had to rein in some of the characters like Eddie Cross because we knew Eddie Cross has worked with the Junta, Chris Mutsvangwa and they did quite a lot of lobbying in South Africa for the Junta in order to cover up the coup.

"Thirdly, MDC was supposed to refrain from attacking president Mugabe."

Mugabe is also said to have demanded the post of Vice President to be given to an ally in the event of an MDC led government.

It is at that time that Kasukuwere became too interested to lead the NPF in Zimbabwe.

Tsvangirai was later to succumb to colon cancer in February, leaving his young lieutenant, Nelson Chamisa to carry on with his dream.

In his election campaigns, Chamisa spoke well about Mugabe, his one-time party nemesis.

Chamisa and Mugabe have both denied meeting after November last year although Mugabe publicly said on the eve of the July 30 elections that he was going to vote for Chamisa.

Mugabe Says He Won't Vote for Mnangagwa
Tagged:
Copyright © 2018 New Zimbabwe. All rights reserved. Distributed by AllAfrica Global Media (allAfrica.com). To contact the copyright holder directly for corrections — or for permission to republish or make other authorized use of this material, click here.