Nigeria: APC Distances Self From NASS Siege, Insists Its a Legislative Matter 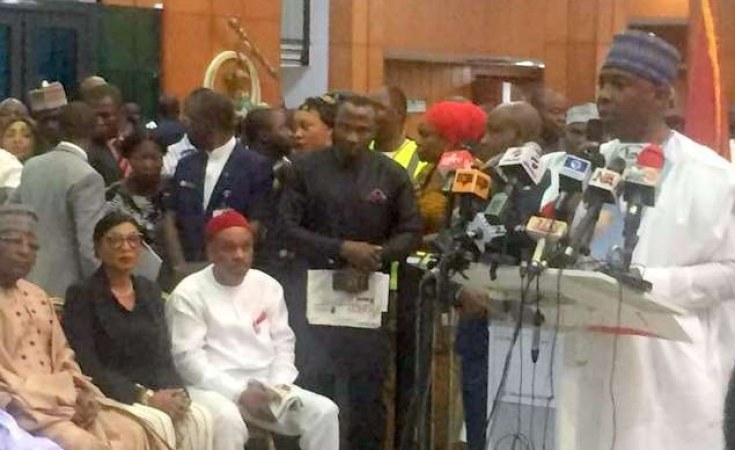 The governing All Progressives Congress (APC), has distanced itself and the the national chairman of the party, Comrade Adams Oshiomhole from the happenings at the National Assembly on Tuesday.

The party also said that like every other concerned Nigerian, it was monitoring the development even as it chided mischief-makers against dragging its national chairman into what was going on, insisting it is purely a legislative matter.

This was contained in a terse statement released by the Ag. National Publicity Secretary, Mr. Yekini Nabena.

The statement reads "Our attention has been drawn to mischievous attempts in some partisan quarters to link Tuesday's developments in the National Assembly to the National Chairman of the All Progressives Congress (APC), Comrade Adams Oshiomhole.

"While the Party is monitoring the developments in the National Assembly like every other concerned Nigerian and stakeholder, there is absolutely no basis for all the false allegations and attempt to blame the APC National Chairman for the development there. It is strictly a legislative matter."

Arrest of State Security Chief After National Assembly Siege
Tagged:
Copyright © 2018 Leadership. All rights reserved. Distributed by AllAfrica Global Media (allAfrica.com). To contact the copyright holder directly for corrections — or for permission to republish or make other authorized use of this material, click here.