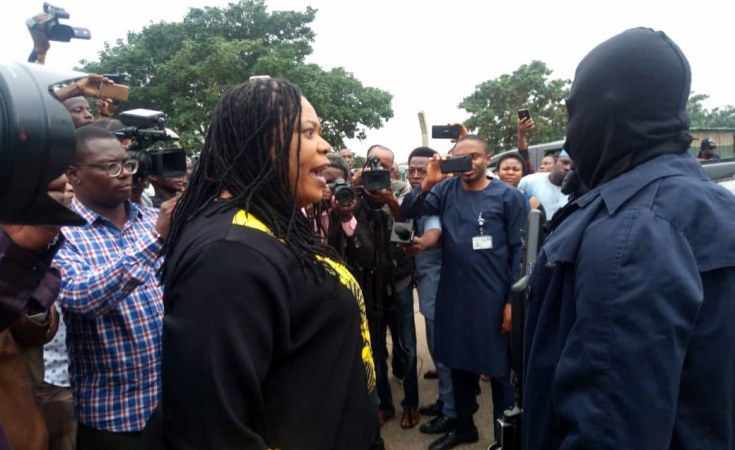 With the invasion of the National Assembly complex yesterday by men of the Department of State Services (DSS), the political environment may have triggered caution signals about investing in the country.The development, which investors perceived as akin to dismantling of democratic institutions, affected equities transactions yesterday at the bourse, worsening the stock market's long running negative trend.

This same mode, which took its toll on the economy in the period preceding 2015 elections, facilitated huge capital flight by both foreign and local investors, estimated in billions of dollars, with concomitant effect on the exchange rate.

A research analyst in a subsidiary of one of Nigeria's big banks said aggravating the already weak economy would be worse than the recession that the country just exited. According to him, the ugly situation would have taken off but for the steady crude oil price and production.Renowned economist, Bismarck Rewane, said he was sure that from now onwards, the prices of equities would not come back to normal until the elections are over and the prices of the stocks begin to regain.

"Everybody knows that it is a four-year cycle. The investors have already discounted the politically-tensed situations in their risk premium. What would really affect the market more is the international interest rate, like that of the United States," he said.

But an analyst, Egie Akpata, told The Guardian that the market confidence had been low for long due to economic issues, stressing that the current political stand-off could only worsen it.

"The foreign investors know that our elections are messy and credibility is not just a consideration and they have been leaving before now."Dr. Olalekan Obademi said the invasion was a recipe for divestments and cautious approach, as the "political climate now is not facing a specific direction."

"There is a lot of uncertainty about the country and 2019. Any serious investor is likely to hold back investments until the direction, in terms of governance, is clear. There is so much apprehension now about the elections and daily outlook is not helping the situation.

"The perception is that democracy is under threat and especially, Nigerians are apprehensive. Investments and investors are averse to uncertainty. In fact, any perceived dictatorship in an environment automatically switches players to cautious mode."

Meanwhile, in another round of intervention, the Central Bank of Nigeria (CBN) has injected $210million into the inter-bank foreign exchange market to ensure the availability of forex and also meet customers' requests in various segments.

At the trading yesterday, the CBN offered $100 million to authorised dealers in the wholesale segment of the market, while the Small and Medium Enterprises (SMEs) segment received $55 million. Customers requiring foreign exchange for invisibles such as tuition fees, medical payments and Basic Travel Allowance (BTA), among others, were allocated $55 million.

The bank's Acting Director, Corporate Communications Department (CCD), Mr. Isaac Okorafor, confirmed the figures and reassured the public that the CBN would continue to intervene in the interbank foreign exchange market in line with its quest to sustain liquidity and maintain stability. He added that the steps taken so far by the apex bank in the management of forex had paid off, as reflected by reduction in the country's import bills and accretion to its foreign reserves.

The naira exchange rate remained stable in the market, exchanging at an average of N360/$1 in the BDC segment.

Arrest of State Security Chief After National Assembly Siege
Tagged:
Copyright © 2018 The Guardian. All rights reserved. Distributed by AllAfrica Global Media (allAfrica.com). To contact the copyright holder directly for corrections — or for permission to republish or make other authorized use of this material, click here.