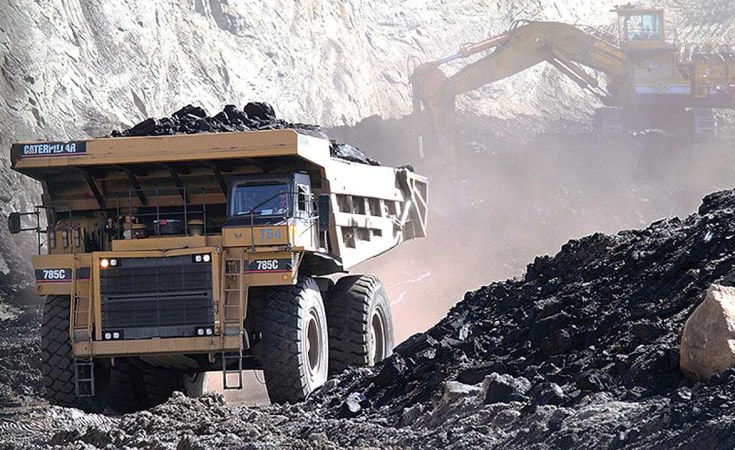 With the current administration's commitment to economic diversification, and its huge dependence on mining, the sector is not expected to only develop, but to contribute meaningfully to government coffers in taxes and other levies.

Today the mining sector accounts for 0.3 per cent of national employment, 0.02 per cent of exports and about $1.40 billion of Nigeria's Gross Domestic Product. Nigeria, no doubt, is endowed with vast reserves of solid minerals, including, but not limited to, precious and base minerals, industrial minerals, energy minerals, and metals. The mining sector was a significant driver of industrialisation and development in Nigeria.

For instance, the discovery of tin ore, its mining and processing, brought about the establishment of the first power plant, the establishment of steel plants and steel rolling mills. Nigeria was a major exporter of tin, columbite and coal in the 1960s to early 1970s. However, activities in this sector began to decline considerably by the mid-1970s when the Federal Government claimed ownership of the sector (mining fields), which led to the withdrawal of foreign investments and a drastic cut in production in the mining industries in the country.

However, successive governments at the Federal level had demonstrated the commitment to revamp the sector. In 1999, for instance, a new national focus and strategy on mining evolved and this culminated in the enactment of the Nigerian Minerals and Mining Act (2007), among other policy moves. In October 2012, a roadmap for the development of the solid mineral and metals sector, based on a value chain approach, was approved by the government.

The 2016 roadmap highlighted the status and hindrances to the development of the mineral resources of Nigeria and proposes solutions to overcome such barriers. From the 0.33 per cent contribution to the country's GDP in 2015, the mining sector achieved significant growth in 2017 and also contributed immensely to the economy of the country. This was because as part of the Economic Recovery and Growth Plan (ERGP), the government prioritised the diversification of the country's revenue base, with mining playing a key role.

The sector achieved a 300 per cent increase in revenue (royalties and fees) between 2015 and 2016, and as at July 2017, the sector had already surpassed the entire revenue of N2 billion generated for the whole of 2016.The sector also experienced the clamp down of illegal miners and mining sites, sanctioned about 313 sites over non-fulfillment of environmental obligations; collaboration by the federal minister and state government to reach all mining communities and moves to halt the export of non-processed mineral out of the country. This was necessary to help reposition the sector and grow the sector.

Globally, the performance of the mining industry has improved significantly, contributing more to the global tax portfolio. According to PwC experts, the Top 40 tax expense increased by 81 per cent, with cash taxes paid to governments increasing by 67 per cent.This difference in growth partly reflects the lag between the tax expense and actual taxes paid.

With the exception of the United States, corporate tax rates have remained relatively stable across most key markets. The increase in tax expense is primarily driven by a profit increase and the impact of USA tax reforms (one-time impact of $2.8 billion or a four per cent increase in the effective tax rate).The experts noted that certain governments in Africa are tempted to use tax as a way to get mining companies to the negotiating table to re-balance the share of economic resources from operations by claiming under declaration of revenue or export duties. While these claims are considered unsubstantiated, they said attention must be given to the trend these developments represent and how companies engage with governments in the future in the areas of taxes, royalties and overall sharing of economic benefits.

The existing fiscal framework for investors in the mining sector is not friendly enough and does not consider the peculiar nature of the sector, particularly, its long gestation period. Therefore, Nigeria will need to revisit the entire fiscal framework for the taxation of mining operation, in order to attract mining majors and foreign investors, KPMG advises. This position is, therefore, is hinged on the premise of the Nigerian economy not getting the right inflows in taxes and other payments given its solid minerals potential.

The development objective of Mineral Sector Support for Economic Diversification Project for Nigeria, according to the World Bank is to enhance the mining sector's contribution to the economy by strengthening key government institutions, improving information infrastructure and knowledge, and fostering domestic investment in the sector.

The project has three components. The first component, which is establishing a strong foundation for mining sector development, aims to strengthen the government in its role to establish a strong foundation for mining sector development, thereby enhancing its capacity as regulator and facilitator. This component is divided into four sub-components, which are: Strengthening mining governance, transparency, accountability, and administration; strengthening geological knowledge and information infrastructure, among others.

The second component is facilitating downstream sector development and enhancing competitiveness, and it iss aimed at facilitating sector development and enhancing its competitiveness and attractiveness to investors for both greenfield exploration targets and brownfield mineral assets that have been blocked as a result of social and environmental legacy issues, past market conditions, and infrastructure gaps. The third component is project management and coordination.

Industry stakeholders are however divided over the state of Nigeria's mining industry. President, Miners Association of Nigeria, Alhaji Sani Shehu, said multiple taxes being collected by the government at the federal and state levels were bane of development and growth in the mining sector.

Shehu said mining investors were currently being subjected to multiple taxes, royalty, fees among others, which should be addressed urgently in order to encourage development of the sector.

Linking this to the easy-of-doing-business principle introduced by the Federal Government, he said investors should be encouraged and given the right motivation.

On the other hand, the Country Director, Global Rights, Abiodun Baiyewu, said more than 80 per cent of mining activities (in particular artisanal mining) are unregulated and their revenue unaccounted for."The fact that Nigeria's mining sector is in its nascent stage presents an excellent opportunity to strengthen its governance framework and adopt best practices in order to avoid a repeat of the mistakes Nigeria made in the oil and gas industry." He said contrary to long held beliefs, tax holidays have not incentivised investments in the mining sector but rather have deprived the nation of essential revenues.

The Ministry of Mines and Steel Development says the current government will sustain (and improve) the growth of the sector by stimulating new exploration activities, ensuring increased production from active mining, functional (and expanded processing and refining capacity, and higher value-addition in exports.

Unfortunately, the sector is currently being dominated by indigenous companies and individuals, and a substantial number of the players are small scale and artisanal miners, according to industry reports. In view of the significant investment and technical expertise required for mining operations, the accelerated growth and development of the sector will depend on investment by junior and senior mining companies, as well as other globally recognized mining institutions (financiers, consultants, among others), experts say.

The undisputable need for foreign investment in the sector is made more obvious by the fact that less than one per cent of the government's proposed expenditure in 2018 has been allocated to the sector. This is in addition to the N30 billion (about $98 million) intervention fund that the Federal Executive Council released to the sector in 2016. Part of the intervention fund has been made available to small and medium scale miners, through the support fund managed by the Bank of Industry. The maximum amount that can be loaned to a single operator under this fund is N100 million (about $0.327 million), depending on the size of operation.

Analysts at KPMG said: "We expect that more small scale and medium scale operators will be able to access the fund for mining operations in 2018. Large scale local mining companies are still expected to source for funds for their projects from banks, locally and/or internationally."

However, there is an indication that stakeholders are working to establish a super regulator for the sector in 2018, subject to relevant government approvals. It is anticipated that the super regulator will improve the licensing and monitoring of mines and mining operations in Nigeria. There is also an indication that no material changes are expected to the current legislation governing mining.