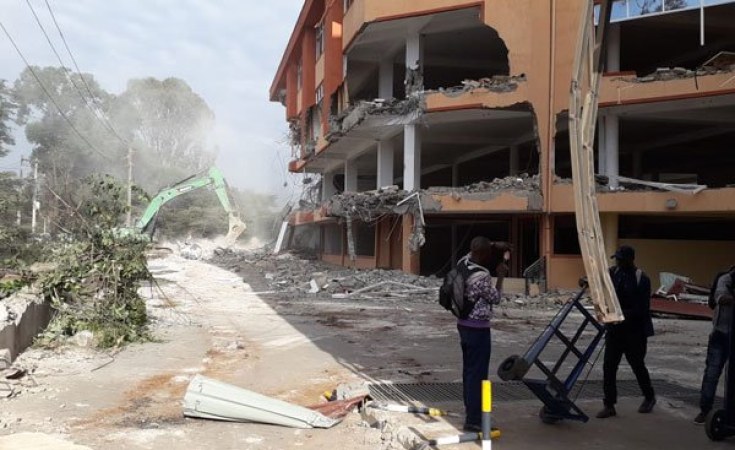 South End Mall on Langata Road has become the latest casualty of the ongoing campaign by the national environment watchdog to reclaim grabbed wetlands in the capital Nairobi.

A bulldozer, on instruction of National Environment Management Authority (Nema) officials and the guard of police, descended on the mall that stands atop Mutuini-Ngong River on Langata Road on Wednesday morning.

The imposing building, owned by former Bobasi MP Stephen Manoti, has been accused of obstructing the river leading to perennial flooding and destruction of property in Nairobi West, South C and Lang'ata

But in an interview with the Nation in May 2015, Mr Manoti claimed that he had all the necessary approvals from City Hall and National Environmental and Management Authority (Nema), despite the two ordering for the demolition of the building.

Mr Manoti obtained a court order to stop the demolition. City Hall challenged the order in court in early 2017.

The matter has seen a sustained back and forth between authorities and the owners since construction commenced, with authorities maintaining that the building needs to be demolished because of the risks it poses to thousands of Nairobi residents.

The five-storey building, mall, estimated to have cost Sh1 billion, is at the Mbagathi Way-Langata Road junction and opposite T-Mall.

It was constructed despite opposition by environmentalists.

The technical committee, co-chaired by Governor Mike Sonko and Tourism Cabinet Secretary Najib Balala, was formed to audit unsafe buildings and those built on wetlands.

It brings together officers from the National Construction Authority, National Environment Management Authority, Cabinet secretaries of Interior, Land and Housing, Environment and Water, the NYS and the office of the attorney-general.

The demolition comes after the team leaders committed to ambitious timelines for the delivery of key services, ranging from garbage collection, cleaning up of Nairobi River to launching of a mortgage company.

On Tuesday, Nema demolished several buildings built on riparian land in Nairobi with those targeted being residential houses built on Ring Road Kileleshwa next to the Shell petrol station that was demolished on Monday.

In June, the parliamentary committee on environment and natural resources was alarmed by the extent of encroachment when it toured waterways. 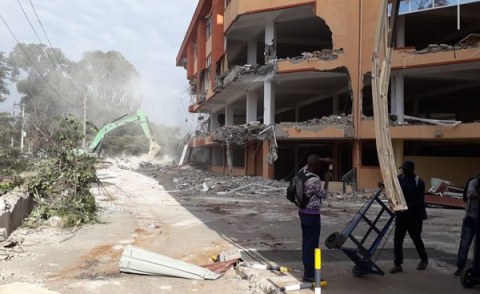 Will A New City Rise From Demolition Rubble in Kenya? 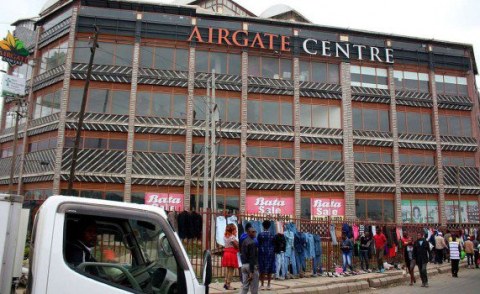 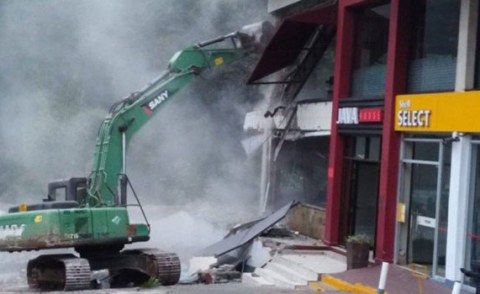 Kenya's Elite Not Spared as Demolitions Come Knocking
Tagged:
Copyright © 2018 Nairobi News. All rights reserved. Distributed by AllAfrica Global Media (allAfrica.com). To contact the copyright holder directly for corrections — or for permission to republish or make other authorized use of this material, click here.