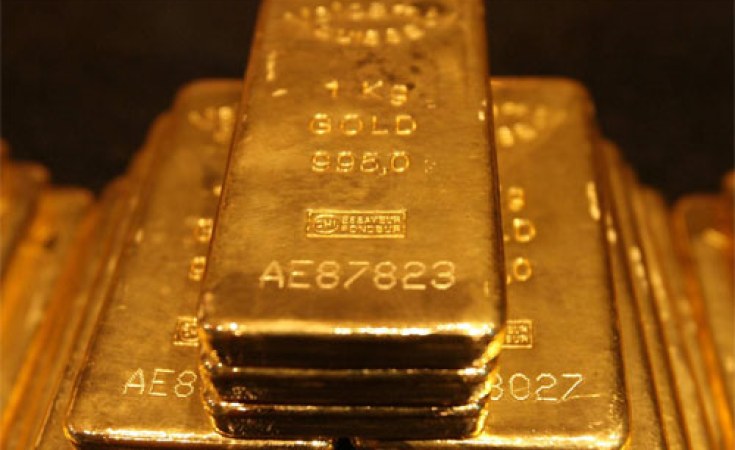 Zimbabwe has the second largest gold reserves per square kilometre in the whole world with 13 million tonnes of proven reserves of which only 580 tonnes have been exploited since 1980, Reserve Bank of Zimbabwe (RBZ) Governor Dr John Mangudya said yesterday.

This comes as the central bank chief revealed that the country has potential to earn over $4 billion per annum from gold exports if it fully exploits the reserves.

Over the years, Zimbabwe managed to produce an average of 17 tonnes per year only, meaning less than 600 tonnes of the yellow metal have been exploited since independence.

Gold production reached a 27,1 tonne peak in 1999, but later tumbled to a low of approximately 3,5 tonnes at the height of Zimbabwe's economic crisis in 2008.

Production has, however, been on an upward trend attributable in particular to the central bank's efforts to support the sector.

According to Dr Mangudya, Zimbabwe can build gold reserves within a very short space of time if it is to sweat the mineral asset.

"For example, if we can emulate Tanzania, which produces close to 50 tonnes per annum, we can build our reserves in a very short space of time, but we have the potential to produce even 100 tonnes per annum and that can give us approximately $4 billion at $40 000 per tonne. That is more than double what we are currently earning.

"Zimbabwe has quality assets that need to be exploited to become an export-oriented economy and increase our foreign exchange reserves for a total transformation of the economy."

Dr Mangudya said the Government-owned Zimbabwe Mining Development Corporation (ZMDC) has some of the best mines in the country, but what was only lacking is sweating the assets.

Mines owned by ZMDC include Sabi and Jena gold mines with a capacity to treat 450 tonnes of ore per day each as well as Elvington Gold Mine, which used to produce 45kg of gold per month.

Responding to The Herald's enquiries, Dr Mangudya said gold output for the first seven months of the year grew by 72 percent to 20,8 tonnes from the 12,1 tonnes that was produced prior year comparative.

This earned the country $850 million in gold export proceeds.

Dr Mangudya attributed the strong growth rate and production to the incentives that the central bank introduced in support of export oriented production, including gold.

"The increase in gold production is attributable to gold finance support facility, the export incentive scheme and the improvement in monitoring of the movement of gold," said Dr Mangudya.

"Gold producers, both large and small scale have drawn down $100 million from the $150 million gold support facility that we availed as the central bank to support their working capital and purchase of machinery."

The central bank governor is on record saying the apex bank has a mandate to support exporters so that the country generate foreign exchange to procure critical imports, mainly for the productive sector.

In line with the said mandate, a five percent export incentive was introduced in May 2016 and was later increased to 12 percent and above for top exporters as part of efforts to boost foreign exchange generation in the economy.

The initiative excited producers most of whom have ramped up production to record levels in the case of tobacco, which has since breached its all-time high and gold where export earnings in June amounted to $151 million, a ten year high.

With more than 20,8 tonnes having been produced, Zimbabwe is on course to achieve this year's target of at least 30 tonnes by year end.

Dr Mangudya said President Mnangagwa's mantra that Zimbabwe is open for business was also a good catalysts as it will allow for private sector participation in the economy.

"We are very excited about the gold sector and we have put in place measures that will allow the sector to grow and the call to open up the economy is also part of those interventions," said Dr Mangudya.

Tagged:
Copyright © 2018 The Herald. All rights reserved. Distributed by AllAfrica Global Media (allAfrica.com). To contact the copyright holder directly for corrections — or for permission to republish or make other authorized use of this material, click here.