Nigeria: Round Up - How National Assembly Siege By SSS Happened 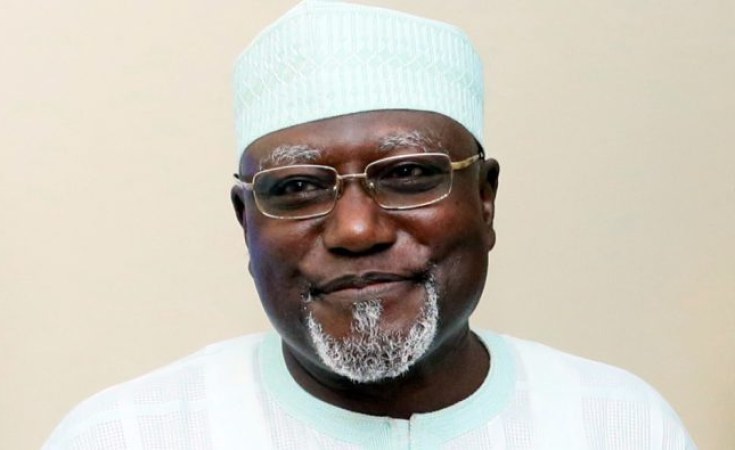 Photo: Premium Times
Lawal Daura, sacked and arrested on the orders of Acting President Yemi Osinbajo, was the director-general of the State Security Service
Premium Times (Abuja)
By Kemi Busari

Many Nigerians on Tuesday woke up to the news of the tension at the National Assembly. Officers of the State Security Services (SSS) had laid a siege on the parliament.

The situation which first appeared as stalemate between lawmakers who arrived early and the officers, quickly metamorphosed into national issue, one with a startling half-conclusion.

The head of the security agency was sacked while the leadership of the Senate remains the same. But how did the whole episode unfold?

The tip-off first came as a rumour on Monday evening. The day had wound up when the grapevine started circulating that some lawmakers had perfected plans to forcefully open the National Assembly and remove the Senate President, Bukola Saraki.

For days prior Monday, speculation had been on, on the appropriateness of Mr Saraki as Senate President, having defected from the ruling APC to the PDP.

Some APC senators are of the opinion that Mr Saraki should resign his position on the argument that the Senate should be presided over by a lawmaker from majority party. The APC is still believed to have a slight majority in the Senate. However, PDP senators and others loyal to Mr Saraki vowed to resist any attempt to remove him.

In a similar development also, the executive had pleaded with the National Assembly to reconvene to consider the INEC budget of 2019 elections, some key government appointments among others. To this end, Mr Saraki had called a meeting of the Senate leadership to hold on Tuesday afternoon.

This was expected to hold until the siege came in the first hours of Tuesday.

PREMIUM TIMES got a tip-off that 30 senators were having a meeting with the Director-General of SSS, then Lawal Daura, with a plot to seek security cover to move into the National Assembly unchallenged, remove Mr Saraki and install new leadership. Ahmed Lawan was touted as the new Senate President while Hope Uzodinma would be his deputy.

As early as 7a.m. when the first PREMIUM TIMES reporter arrived the National Assembly, SSS officers had thrown a cordon off the premises.

Lawmakers, journalists and staff were allowed to enter from the main gate but were prevented from entering the gate that leads to the National Assembly complex where legislative businesses usually take place.

First to arrive was the Kwara South senator, Rafiu Ibrahim. Then Ben Murray-Bruce. They confronted the officers but the answer they could only get from the leader of the masked SSS team was that the siege was "an order from above".

"We need more guns, send us more guns," the officer, who wore no name tag, was heard shouting openly as National Assembly staff and journalists at the gate watched.

Then the stalemate began. More PDP senators and members of the House of Representatives were left standing. By this time, the lawmakers were not sure whether their APC colleagues had taken another route to enter to commence the removal process.

After over an hour, the lawmakers were allowed to enter. Yet, it was not clear to journalists what was happening inside.

Meanwhile, the National Assembly clerk Mohammed Sani-Omolori was unable to enter. Mr Sani-Omolori told journalists he would still turn back even if he was granted entrance as his workers were stranded outside.

Senators and Reps members who spoke with journalists all tied the siege to plot to remove the Senate President.

"We got here this morning to go into our office as usual; I work very early. During recess we do committee works and our own writings. I'm writing a book, so I go in there almost every day," Rafiu Ibrahim, a senator from Kwara State said.

"We got here and DSS has taken over all the gates, all entrances to the National Assembly and they said it's order from above. We asked them why, they said there is no reason. As it is today, it means Nigeria is under siege."

Bayelsa East senator, Ben Murray-Bruce, said he had commenced action on asking the US and UK to revoke the visas of the perpetrators.

"I have contacted the UK and US Embassy to revoke the visa of Senator Akpabio or anybody leading this assault on this institution. We will ask them to revoke the visas of their wives and that of their children. They will not be allowed to leave Nigeria to travel to any nation in Western Europe and North America," he said.

Bauchi senator, Isa Misau, in the afternoon told journalists he does not know the whereabouts of APC senators.

"There is a rumour that 30 of them want to perpetrate the evil act (remove Saraki)."

He vowed he and his colleagues would not allow the plan to hatch while emphasising that any decision taken by APC lawmakers will be null and void.

Dino Melaye vowed PDP senators will continue their vigilance until their APC colleagues back down on the plan.

All comments were similar except for a member of the House of Representatives, Johnson Agbonayinma (Edo, APC), who told journalists the SSS siege was a plan by the PDP members to side-line the APC in taking decisions.

The first attempt at challenging the SSS officers was by a member of the House of Representatives, Boma Goodhead who dared the operatives to shoot her and others prevented from entering the National Assembly.

Mrs Goodhead had arrived the National Assembly gate with the Deputy Minority Whip of the senate, Biodun Olujimi, around 8a.m. but she could only wait for a short briefing before charging at the operatives.

"I dare you to shoot me"! " I said shoot me"!! " Is this how President Jonathan left Democracy for President Buhari!? She said repeatedly.

Her braveness paid off less than half an hour later, the officers got the directive to allow the lawmakers enter.

Upon entrance, they realised their APC colleagues were not in the National Assembly.

Some minutes after, protests had started at the National Assembly gate as international media throng to cover the development.

Apparently in reaction to the botched coup, APC senators in the afternoon regrouped at a location around Aso Drive in Abuja.

Earlier in the morning, there was information that they were meeting at Sheraton Hotel, but this turned out to be false.

While the siege was ongoing, the Acting President, Yemi Osinbajo, directed the termination of the appointment of the Director General, State Security Service, Lawal Daura. This was after meeting with Mr Daura and the Inspector General of Police, Ibrahim Idris.

"Mr. Daura has been directed to hand over to the most senior officer of the State Security Service until further notice," Laolu Akande, Mr Osinbajo's spokesperson, said in a statement sent to PREMIUM TIMES.

The sack is believed to be related to Mr Daura's role in the siege on the National Assembly on Tuesday.

About an hour after the termination, SSS officers drove out of the National Assembly, and thus, ends the siege.

After the whole tension was doused, Mr Saraki finally made his way to the National Assembly to the cheers of staff and supporters.

Mr Saraki is yet to comment on the incident.

He is expected to address a press conference Wednesday afternoon. 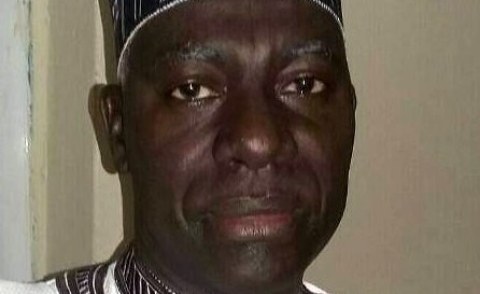