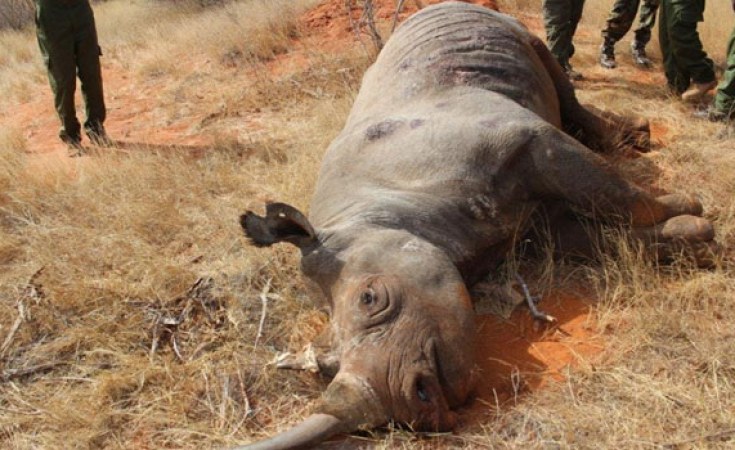 A suspect linked to the recent killing of a rhino at the Lake Nakuru National Park has been arrested in Naivasha.

"The suspect is being held at the Kongoni Police Station in Naivasha. He is aiding police in investigations and will be charged in court on Thursday morning," said the police boss.

The Kenya Wildlife Service (KWS) on Wednesday also reported the arrest in a post shared on Twitter.

The 12-year-old male black rhino was killed within the grazing fields of the park surrounded 78 kilometre electric perimeter fence.

According to Senior Warden Catherine Wambani, the rhino was killed by suspected poachers who also made away with its horns.

The killing brought to nine the number of rhinos that have died in a span of about one month.

Elsewhere, 11 rhinos which had been moved to Tsavo National Park from Nakuru and Nairobi national parks have died.

They had been moved due to overcrowding in the Nairobi and Nakuru parks, which was hindering breeding.

The newly-established 100-square-kilometre Tsavo East Rhino Sanctuary in Kenya's oldest and largest national park was expected to be more conducive for breeding.

Lake Nakuru National Park was declared a rhino sanctuary in 1980s and has been used as a breeding haven and currently has a population of more than 70 black and white rhinos.

Tagged:
Copyright © 2018 The Nation. All rights reserved. Distributed by AllAfrica Global Media (allAfrica.com). To contact the copyright holder directly for corrections — or for permission to republish or make other authorized use of this material, click here.