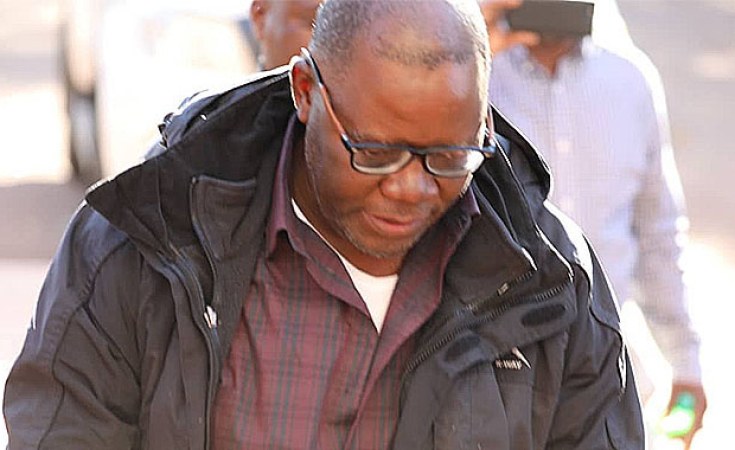 The Herald
Tendai Biti appears at the Harare magistrate's court.
The Herald (Harare)
By Daniel Nemukuyu and Panashe Machakaire

ACTING Prosecutor-General Mr Kumbirai Hodzi said MDC-Alliance principal Mr Tendai Biti's rights have been upheld from his arrest to the time of appearing in court and that observers still in the country were free to attend court and witness the criminal justice system at work.

Mr Biti was arrested yesterday and brought to court to answer to the charges of prematurely announcing election results and inciting political violence.

In a statement, Mr Hodzi said Mr Biti was taken to court in a comfortable top-of-the-range vehicle and was treated in a humane manner.

He added that his office was apolitical and that Mr Biti's case was being handled professionally without any form of bias.

"We want to categorically emphasise that the National Prosecuting Authority (NPA) is an apolitical institution and is not an agent of persecution against any politician or citizen. Zimbabwe is a peaceful country with law-abiding citizens and our duty as an agency that is involved in the preservation of law and order is to ensure that peace prevails.

"As regards Mr Biti, he was arrested by the police and brought to court for initial remand.

"We believe that he has been treated in a befitting and humane manner while in the custody of the police. He was brought to court safely and unharmed as should be the case. Due process was followed and his rights were upheld," said Mr Hodzi.

The prosecution boss said thousands of election observers in the country were free to observe the court proceedings in the spirit of transparency.

"There are close to 6 500 international observers and almost 1 000 journalists present in our country and they are welcome to see Zimbabwe's criminal justice system at work.

"We believe that we have maintained a rigorous respect of human rights during the entire election period. We certainly have nothing to hide," he said.

Mr Hodzi expressed concern at the behaviour of Mr Biti of fleeing the country after being invited to the police.

He described the conduct of Mr Biti, a senior lawyer, as political posturing.

"We are, however, of the view that Mr Biti's conduct was regrettable. He is a legal practitioner who knows the law and what due process entails.

"We believe that Mr Biti's conduct is tantamount to political grandstanding. Acts of political grandstanding will not be allowed to usurp public peace and good order. If such conduct is contrary to the law, then the National Prosecuting Authority will not hesitate to prosecute to the fullest extent of the law. We will do so in an apolitical manner, without fear or favour," he said.

Mr Hodzi said Mr Biti's colleagues in politics were safe in Zimbabwe and that his fleeing to Zambia was unwarranted.

"We believe there was no need for him to flee to Zambia. He was not in any danger. Other politicians are here and have come to no harm. They are still enjoying the peace in our country like everybody else," he said.

The State did not oppose bail in Mr Biti's case.

Mr Hodzi said the new dispensation took away the old tendencies of bringing suspects to court while bundled at the back of open trucks.

He said the use of leg irons was now a thing of the past as the State was committed to upholding the rights of accused persons as enshrined in the Constitution.