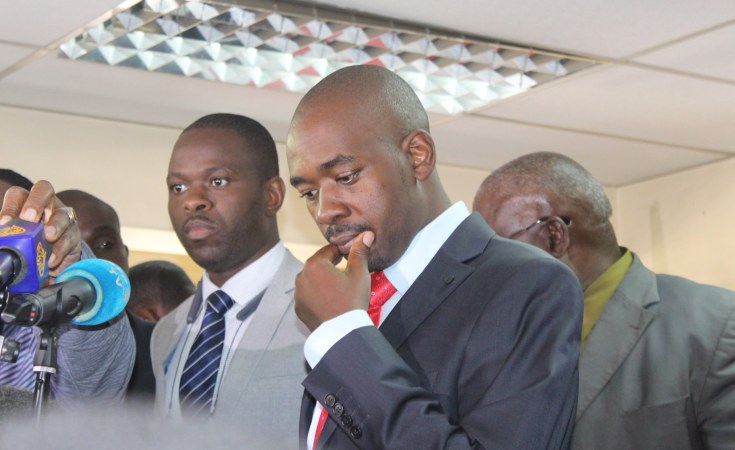 The MDC Alliance knows that they cannot win their Constitutional Court (Con-Court) challenge against the presidential election results and are, instead, looking to use the case as preparation for the next ballot in 2023.

The claim was made by opposition National Constitutional Assembly (NCA) leader Professor Lovemore Madhuku in a recent interview with NewZimbabwe.com.

The Zimbabwe Electoral Commission (ZEC) declared Mnanagwa the winner with 50.8 percent of the vote against Chamisa's 44.3 percent.

However, speaking ahead of the filing, Madhuku, who is also a constitutional law expert, said Chamisa's coalition does not have the sufficient evidence to sustain overturn Mnangagwa's victory.

"All participating candidates do have V11 Forms," said Madhuku.

"So, Chamisa does not have his own V11 Forms which are different from other candidates.

"So, if you go to court they will simply ask for the V11 Forms from ZEC and V11 from Chamisa, V11 from Madhuku or V11 from Nkosana Moyo.

"The court will simply see that the V11 Forms are the same with those ones with ZEC. So, I doubt if MDC is in anyway going to win this court challenge."

Asked why the opposition alliance was challenging the results if they were aware the effort would be futile, Madhuka said the court case was all about the next elections in 2013.

"Chamisa and MDC Alliance have already started to build their support base ahead of the 2023 general elections," he said.

"What I want to tell Zimbabweans is that Chamisa and the MDC want to carry the same number of voters they garnered in this election to the 2023 polls and increase their numbers from there."

He added; "It is the same method that has been used by the MDC after every election since its formation and they remain with their support base until the next election in 2023.

"This is an election strategy preparing for 2023; if there is a politician who has already started campaign for 2023 it is Nelson Chamisa.

"Ask yourself why he is contesting only the presidential election results and not all."

Chamisa and his alliance have however refused to accept the results, accusing Zanu PF and ZEC of ballot fraud in the July 30 vote.

The Constitutional Court must make its ruling of MDC Alliance challenge within 14 days.