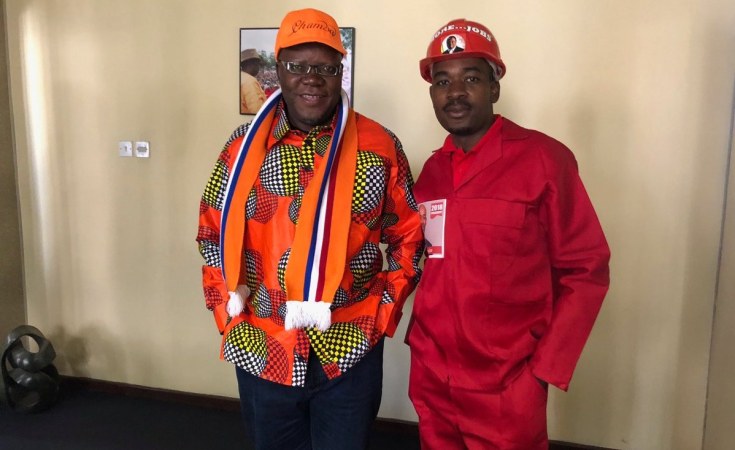 Former Finance minister Tendai Biti's Zambian lawyers will challenge the neighbouring country's decision to deny him political asylum after he was deported last week in defiance of a High Court order.

Biti was handed over to the Zimbabwean authorities on Thursday after escaping the country the previous day, claiming his life was in danger.

He was charged with inciting public violence and allegations that he announced the July 30 election results in violation of the Electoral Act.

Biti, who has since been granted $5 000 bail, claimed that he was abducted by Zimbabwean security details in violation of internation law.

His Zambian lawyer, Gilbert Phiri, said they would tell Zambian High Court judge Pixie Yangailo that his client was deported in violation of a court order.

The MDC Alliance co-principal's lawyer said they would pursue the issue in which the former Zimbabwean finance minister was seeking political asylum in the courts.

Phiri, in the company of two other Zambian lawyers, Keith Mweemba and Mlambo Haimbe, has taken the Zambian government to court to force it to grant Biti political asylum after it indicated otherwise.

While the Zambian government was deporting Biti back to Zimbabwe after defying a court order, Phiri was pleading with judge Yangailo at the Zambian High Court that his client could not attend court because he had been deported against an earlier order.

Judge Yangailo heard Phiri and the case of defiance would be soon heard in the High Court.

"We are at the High Court to notify the court that the Zambian government defied a court order and deported Biti back to Zimbabwe," Phiri said.

"It's pathetic that the Zambian government can summon about 100 police officers and soldiers to accompany a defenceless individual back to the Zimbabwe side. It's a shame.

"Such disregard of human rights should not be accepted in this age. We informed Judge Yangailo about the defiance by the government and they will soon hear the case."

Biti is among opposition leaders who have questioned the outcome of the presidential elections, in which Zanu PF won a constitutional majority and its leader, Emmerson Mnangagwa, was elected president.

The MDC, a seven-party alliance led by Nelson Chamisa, is challenging the results in the constitutional court.

Biti told reporters the day after the July 30 vote that the opposition couldn't account for 21% of the tally sheets that by law were supposed to be posted outside polling stations, but "from what we have received, it's clear we've won".

Biti (51) was finance minister in a unity government formed in 2009, after a disputed 2008 vote, in which Zanu PF shared power with the MDC.

He split from the MDC after it was defeated in another contested vote in 2013, before reuniting with the alliance last year. -- Additional reporting by Bloomberg.