South Africa: Authors of Book Claiming That Magnus Malan Was a Paedophile Feared for Their Lives 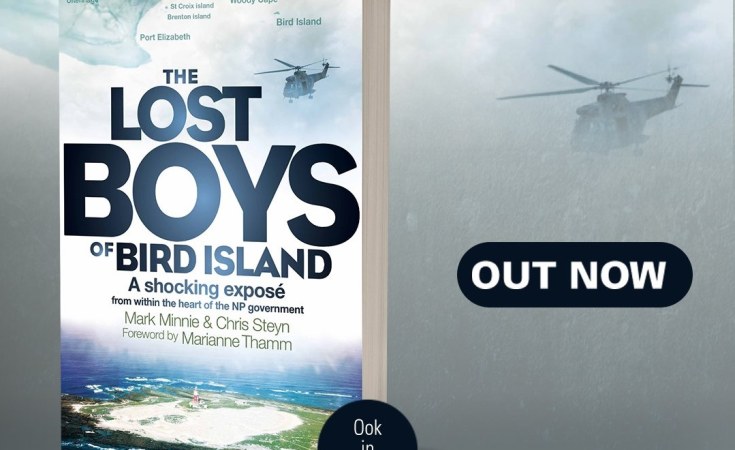 @NBPublishers/Twitter
The cover of the book The Lost Boys of Bird Island.
News24Wire (Cape Town)

The co-authors of The Lost Boys of Bird Island, which alleges that former apartheid minister Magnus Malan was part of a paedophile network, had been living in fear for their lives since the book's release two weeks ago.

According to well-placed sources, Mark Minnie, who was found dead in Port Elizabeth on Monday, and Chris Steyn had been receiving threats and there had been anonymous enquiries about their whereabouts.

Minnie met a source on Friday and was meant to meet another one on Monday. Both authors had been concerned about their safety and were reluctant to appear in public.

The publisher also decided not to have a traditional book launch and only one appearance, at the Open Book Festival in Cape Town, was scheduled.

Both Minnie and Steyn had been investigating several leads that have cropped up since the book was launched, but had been careful not to publicise what they had since unearthed. Steyn confirmed Minnie's death to News24, but was too traumatised to talk further.

The Lost Boys of Bird Island alleges that Malan, along with two other apartheid ministers and a local businessman, abused children on Bird Island, just off Port Elizabeth.

One former minister is still alive, but has not been identified in the book. Many of Malan's contemporaries, including colleagues and a former newspaper editor, have criticised the book and have rejected allegations that Malan was involved in sexual abuse.

The police told News24 on Monday that a friend of Minnie's, who owns the smallholding where the writer was last seen alive, had found the former police officer's body in the bushes near the house with a gunshot wound to the head and a firearm next to his body.

Captain Johan Rheeder said Minnie had visited the smallholding at around 09:00 on Monday.

"His friend left him to rest and he went out with his workers. At about 21:00 [Monday evening], the friend received a call from the deceased's female friend enquiring about his whereabouts," he said.

When Minnie's friend returned to the smallholding, Minnie was not in his room. Rheeder said his friend then discovered his body outside.

'He was proud of the book'

Rheeder could not immediately confirm whether his cellphone was on him at the time. No foul play is suspected at this stage and an inquest has been opened.

Maryna Lamprecht, commissioning editor at Tafelberg Publishers, confirmed Minnie's death and added that the publishing house was "sad and devastated" by the events.

"We are proud to have had him as an author and we're in contact with his son, who is in China." She said Minnie was excited about the publishing of the book and the leads it had brought up.

He was adamant that he wanted to investigate the matter further and had been working closely with a number of people who had come forward.

"He was very proud of the book," Lamprecht said.

In the book, Minnie and Steyn detail the suicides of John Wiley, a Cabinet minister, and John Allen, a Port Elizabeth businessman, who were found dead within weeks of each other in 1987.

Both were said to be part of the paedophile ring and the authors intimate that they were possibly murdered.

The Lost Boys of Bird Island - Secrets, Lies and Cover-Ups 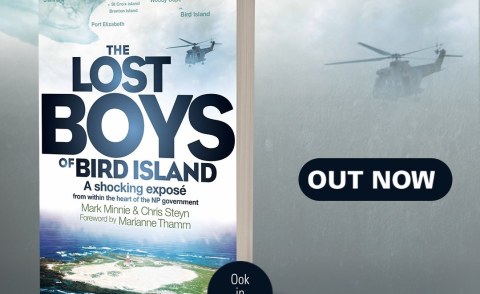 Co-Author of Explosive Book Who 'Feared for His Life' Found Dead
Tagged:
Copyright © 2018 News24Wire. All rights reserved. Distributed by AllAfrica Global Media (allAfrica.com). To contact the copyright holder directly for corrections — or for permission to republish or make other authorized use of this material, click here.