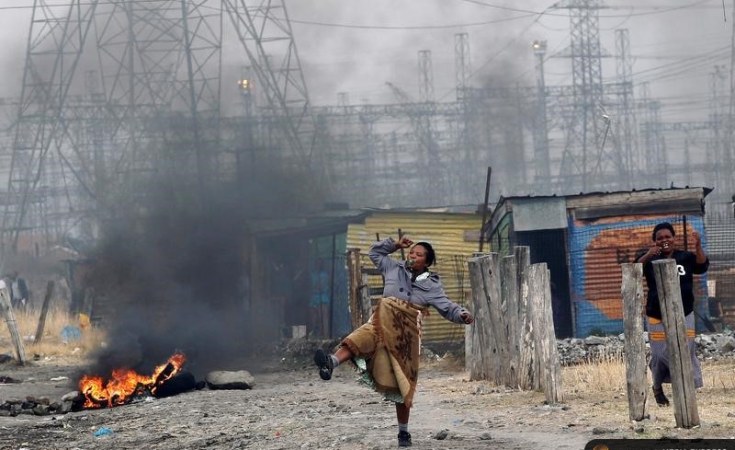 The Institute for Security Studies (ISS) presented new research to reconstruct what truly happened at the fatal Scene 2 of the Marikana massacre.

The 109-page report titled "The Sound of Gunfire" aims to understand the events that took place at Scene 2, where 295 shots were fired on August 16, 2012.

"There is no evidence that the strikers shot at the police in Scene 2. We cannot, however, exclude the possibility that they may have wanted to attack the police," independent researcher and expert on Marikana and policing David Bruce said at a presentation of the report at the ISS's headquarters in Pretoria.

"Seventeen strikers were killed at or near the small kraal (Scene 1), another 17 were killed at koppie 3 (Scene 2). There is no substantial explanation of the events at Scene 2," Bruce said.

The Commission of Inquiry into the Marikana Massacre called for a reconstruction of the events on that fateful day. This, however, never happened.

"In April this year, Independent Police Investigative Directorate (IPID) told Parliament that they did not have the budget to reconstruct the scene. Therefore, to this day, we don't know what happened," ISS Head of Justice and Violence Prevention Gareth Newham said.

The Marikana massacre had four shooting zones, however Scene 2 was determined as the "killing zone", with the most fatalities. Scene 2 is also the location where the SAPS, according to Bruce, had conflicting statements detailing the version of events.

"It seems clear that police at Scene 2 were acting in a reckless and irresponsible manner. One needs to also see that emotions had a powerful role in motivating the type of way the police responded at Scene 2," he said.

Bruce went on to explain that, in his assessment of Scene 2, it was not accurate to describe it as a case of "crossfire", as the gunfire experienced by police was from other police shooting from the opposite side.

The South African Police Services (SAPS), according to the Socio-Economic Rights Institute of South Africa (SERI), have allegedly not disciplined the officers who fired rounds in Scene 2, and had still not provided an explanation for its actions at this scene.

"The SAPS as an institution has refused to accept responsibility for the massacre," said SERI director of litigation Nomzamo Zondo.

The study - based on photographs, witness statements and forensic evidence - was built up over a period of two years and aims to point to actions that the SAPS must take to "rebuild public trust in the police and prevent similar atrocities in the future".

Forgotten Widows of Marikana - 'It's Like Our Husbands Killed Themselves'

'No Justice' for South African Miners Seven Years After Massacre
Tagged:
Copyright © 2018 News24Wire. All rights reserved. Distributed by AllAfrica Global Media (allAfrica.com). To contact the copyright holder directly for corrections — or for permission to republish or make other authorized use of this material, click here.