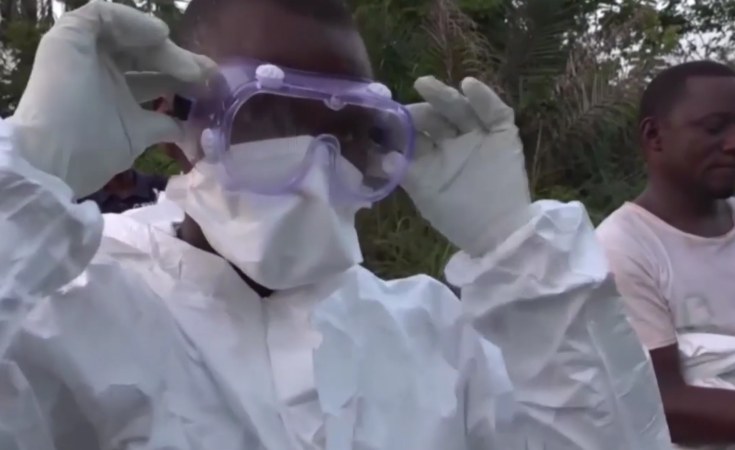 Kinshasa — THE prevalence of rebel groups is hindering efforts to stop the outbreak of the deadly Ebola virus in the eastern Democratic Republic of Congo (DRC).

At least 41 people have died in recent weeks following the latest eruption.

DRC has reported the second outbreak in months, the most recent in the North Kivu, a province ravaged by armed conflict and violence, which risk making the new outbreak the most devastating in years.

The environs of Beni and Mangina - the epicenter of this new outbreak - are almost completely encircled by armed groups.

Nicolas Lambert, deputy head of the International Committee of the Red Cross delegation in the DRC, said inhabitants in these northern parts of North Kivu had been suffering the effects of armed conflict for years.

"We are very concerned about the devastating impact that an Ebola outbreak could have on these fragile communities," Lambert said.

The Red Cross is fighting to stop the spread of the virus and prevent it from reaching areas controlled by armed groups.

The humanitarian agencies are ensuring that people who have died from the virus are buried safely and with dignity.

Ebola is most contagious after the death of a victim.

Hanna Leskinen, spokesperson for the Red Cross, said in Noth Kivu, it was difficult halting the virus as people were constantly moving around following successive waves of violence that forced them to flee.

"This makes it very difficult to find and follow infected people," Leskinen lamented.

UK Response to the Ebola Outbreak in North Kivu, DRC