RESOURCE: The Queen of Soul Aretha Franklin Who Demanded Respect...
This Day (Lagos)
By Vanessa Obioha

In her 1998 single 'A Rose is Still a Rose' the late Queen of Soul, Aretha Franklin belted out: 'Darlin', you hold the power (what I am is what I am)'.

These words resonate strongly with feminists around the world today, particularly with the alarming rate of domestic violence meted on women.

Taking a motherly stance, Franklin advised young women in her song who have the perpetual habit of getting in bad relationships not to lose their self-esteem, rather embrace their scars and thorn crowns as part of their beauty.

The song written and produced by former Refugees member, Lauryn Hill, further sealed the Queen's regnant in the music scene. Released in her later years, the song reached number 26 on the Billboard Hot 100 and number-five on the Hot R&B/Hip-Hop Songs chart while also reaching the UK top 40. The song helped its parent album reach gold status and remains one of Franklin's most played songs from her later years. The song was Aretha Franklin's last Top 40 hit.

Born on March 25, 1942 to a minister father and pianist/singer mother, Franklin spoke to women in varying degrees. Her songs were an elixir to wounded hearts and ego. She taught them the beauty of a natural woman - a modern female archetype who is sensual and strong, patient and unbroken.

And when they needed to be loved, she taught them to embrace love wholeheartedly but never allow themselves to be taken for granted.

Widely recognised as the Queen of Soul, her musical prowess stood the test of time. Spanning over six decades, she made history as the first woman inducted into the Rock & Roll Hall of Fame, in 1987.

She placed more than 100 singles in the Billboard charts, including 17 Top 10 pop singles and 20 No. 1 R&B hits. She received 18 competitive Grammy Awards, along with a lifetime achievement award in 1994. Her last album 'A Brand New Me' released in November 2017 peaked at number five on the Billboard Top Classical Albums chart. The album which uses archived recordings from her past featured the Royal Philharmonic Orchestra.

Her grand success was respected by all.

Franklin's ability to address issues that affect women perhaps stemmed from her upbringing and personal experience. At the age of six, her parents, divorced and she grew up with her father, the famed Reverend Clarence LaVaughn Franklin who was dubbed 'a million-dollar voice'.

She was exposed to music at a tender age, following her father on his caravan tours. The Christian background she grew up in endeared her to gospel music. Her first gospel solo was the hymn was 'Jesus, Be a Fence Around Me.' The reception she got from her performance spurred her father to manage her. The father and daughter business relationship fetched Franklin her first recording deal with J.V.B. Records in 1956 where her first album, Songs of Faith was released. A chance meeting with another singer Sam Cooke changed Franklin's musical trajectory. Her association with the latter earned her a recording deal with Columbia.

Though Franklin recorded modest success in the six years she spent at Columbia, she gained wider recognition when she signed on to Atlantic Records. It was there that she enjoyed commercial success with the hit single Respect, released in 1967.

At the time, she was managed by her husband Theodore White who was rumoured to have abused her domestically.

Respect rose to become an anthem for feminists and civil rights movement because of the interpretation and allure Franklin gave the song.

Originally written by Otis Redding, his version was in contrast with Franklin's. While Otis song is a desperate plea from a man who will lay his soul for a woman as long as she respects him when he brings the money home, Franklin's version spoke great volumes of a woman's strength and her demand for his respect. Due to the gender and racial inequality going on at the time, Respect was embraced by many, particularly the black community.

Till date, feminists identify themselves with the song, using it as an anthem to address societal inequalities.

Interestingly, Franklin in her lifetime never identified herself as a feminist. She steered clear of any political identity. Her song was her power. During an interview with Rolling Stone in 2014, she modestly shied away from taking the accolades that her song kicked off the women's movement.

"I don't think I was a catalyst for the women's movement. Sorry. But if I were? So much the better."

That same year, another legendary single from her 'Natural Woman' beamed the spotlight on women. In that track, Franklin sang her soul, describing the beauty of a woman in elevated words, paying tribute to her sensuality while admiring her valiance.

One of her memorable performances of the song was at the Kennedy Center Honors ceremony three years ago, during which the acclaimed singer-songwriter Carole King received her official medal from the White House. Approaching the stage in a floor-length fur coat and no shortage of jewels, Franklin blew kisses to King, who'd written "(You Make Me Feel Like) A Natural Woman" with her then-husband Gerry Goffin. With a stately confidence, the Queen strutted right to the piano and began to transfix. Moments after Franklin started to sing, both King and then-President Barack Obama found themselves overcome with emotion. The latter wiped away tears as he listened, a moment that's since gone viral multiple times over.

The origin of the song was revealed in a New Yorker interview with King in 2016. It turned out that King and her husband Tiffin were walking along Broadway, and Jerry Wexler, of Atlantic Records, pulled up beside them in a limousine, rolled down the window, and said, "I'm looking for a really big hit for Aretha. How about writing a song called 'A Natural Woman.'" He rolled up the window and the car drove off. King and Goffin went home to Jersey. That night, after tucking their kids into bed, they sat down and wrote the music and the lyrics. By the next morning, they had a hit.

Two years after the release of Respect, Franklin divorced Ted White. By 1978, she was married to actor Glynn Turman. Their marriage only lasted six years. Plans of marrying her long-time partner Willie Wilkerson were squashed in 2012 when Franklin called off their engagement. Franklin also struggled with alcoholism and chain smoking, and cancelled shows in 2010 in order to have surgery for an undisclosed tumour. Cancellations due to health issues continued throughout the decade, with Franklin telling one Detroit audience in 2017 to "keep me in your prayers".

On August 16, 2018, the Queen of Soul departed the earthly plane after a long battle with pancreatic cancer. She leaves behind four sons and a canon of inspirational soul music to rank amongst the most influential and impactful in history.

An all-star tribute concert to Franklin, celebrating her music, is scheduled for November 14, 2018, at Madison Square Garden in New York City.

Previous Story
Sublime Soul Diva Who Demanded Respect, Which Will be Forever Given
Next Story
'A Glimpse of the Divine' - Barack Obama on Aretha Franklin

Sublime Soul Diva Who Demanded Respect, Which Will be Forever Given

'A Glimpse of the Divine' - Barack Obama on Aretha Franklin 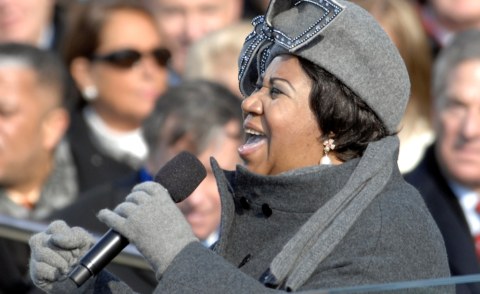 Tributes to the Soul Diva Who Inspired the Civil Rights Movement
Tagged:
Copyright © 2018 This Day. All rights reserved. Distributed by AllAfrica Global Media (allAfrica.com). To contact the copyright holder directly for corrections — or for permission to republish or make other authorized use of this material, click here.