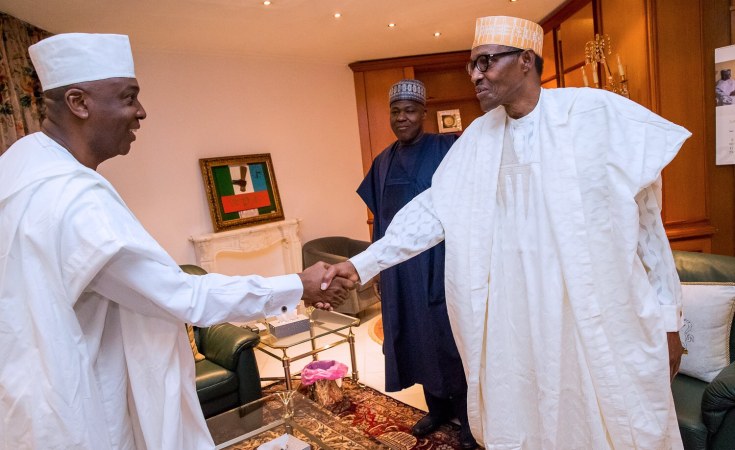 The Senate President, Bukola Saraki, has said the late submission of the Independent National Electoral Commission, INEC's 2019 election budget by the presidency was due to a lack of foresight.

He said this while reacting to allegations by Buhari's Media Organisation (BMO) that the senate president was slowing down the approval of the budget request for the 2019 elections.

The group had on Friday cautioned the senate president to stop holding the country to a ransom, urging him to reconvene the Senate to attend to urgent national issues.

The group said Mr Saraki has continued to postpone the resumption of the Senate, despite the ongoing issue in the country, such as INEC budget and approval for foreign loans tied to several critical infrastructure.

It also "concluded" that the senate president is the one laying siege on the whole country by using his position to undermine the administration of President Muhammadu Buhari.

In a statement signed by his special assistant on new media, Olu Onemola, Mr Saraki described the Buhari Media Organization's attack on the Senate president as a clear example of "conscientious ignorance' on full display."

He said despite the unforced errors on the part of the executive, which failed to submit the general elections budget on time, the relevant committees of the National Assembly are still working assiduously to ensure that due process is followed in approving the president's request.

"By now, the Nigerian people are aware that the Executive branch could have submitted INEC's 2019 Election budget at the time it submitted the 2018 appropriations proposal last year. Furthermore, the Executive had from January till June this year to submit the budget request.

"However, due to a perceived lack of foresight, display of usual tardiness or an attempt to ensure that due process would not be followed, this request was submitted only a few days before the statutory National Assembly annual recess," he said.

He further stated that groups like the BMO "that have worked assiduously -- with conscientious ignorance as their guide -- to attempt to scapegoat the Senate President for the failure of the Executive to submit INEC's 2019 election budget on time, know that the National Assembly is and has been working on this budget request through its Committees."

"The Electoral Act passed by the National Assembly to help legalize the various innovations that needed for free and fair elections is still absent because President Muhammadu Buhari chose to withhold his assent the first time it was transmitted.

"The question the Buhari Media Organisation should ask their principal is: "What is he afraid of in the very progressive proposals contained in the Electoral Bill?", "Why does he want to frustrate the 2019 election by denying the nation from the much-needed enabling law?"

"For the record, it is necessary to state that the Buhari Media Organization, in its failed attempt to mislead the public, has been crying more than the bereaved. During this process, INEC, that will utilize the funds and conduct the proposed elections, has stated that it is confident and comfortable with the thorough and transparent response exhibited by the National Assembly," part of the statement read.

The presidency had earlier on Sunday said Mr Buhari was not to blame for the seemingly late presentation of the budget of the electoral commission, INEC, for the 2019 election.

A statement by presidential spokesperson, Garba Shehu, said Mr Saraki was to blame.

Mr Shehu's statement is the latest in the accusations and counter-accusations between it and Mr Saraki since the latter defected to the People's Democratic Party (PDP) from the ruling All Progressives Congress (APC).

The INEC budget for 2019 elections was submitted last month by Mr Buhari to the National Assembly. The budget is yet to be passed by the lawmakers amidst allegations INEC had submitted the budget to the presidency since February.

"It is not true that INEC submitted their draft budget to the presidency in February. No, it came much later but even then, this is not the real issue," he said.

Saraki Should Be Held Responsible for Budget Delay - Presidency 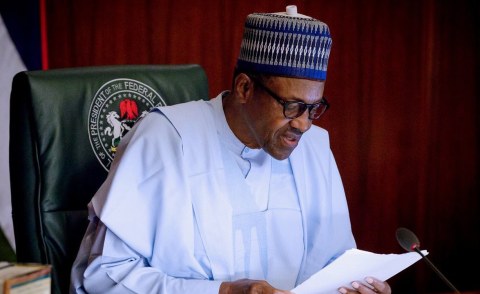 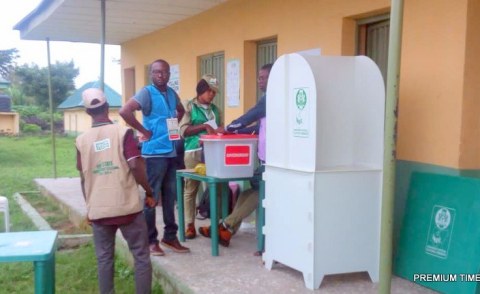