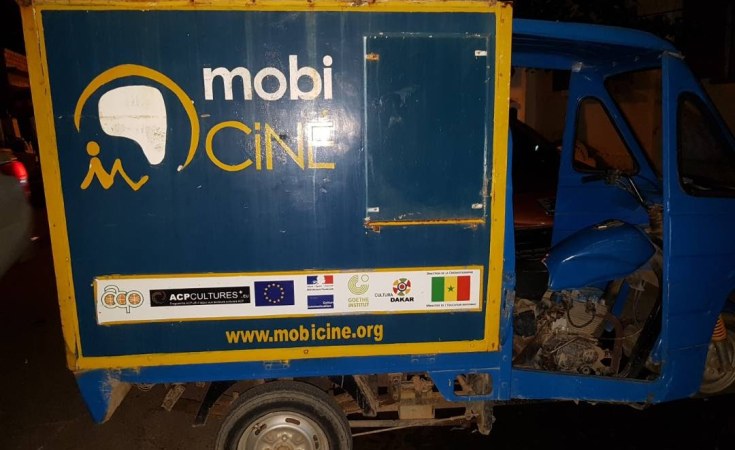 Photo: Osiwa
In August 2016, OSIWA disseminated a short documentary film on the harm reduction experience in Senegal and CEPIAD. To help us do this work, OSIWA partnered with Association Culture WAW (formerly known as MobiCINE), an organization that aims to bring back the African cinematic experience in Senegal through the format of pop-up or mobile cinemas.
Open Society Initiative for West Africa (Dakar)
By Valencia Rakotomala is the Associate Advocacy Officer at the Open Society Initiative for West Africa (OSIWA) ? @haingovalencia

Throughout several working class neighborhoods in Dakar you find large semi-finished houses that are occasionally equipped with running water and electricity. The rooms in these houses are rented out by individuals and families for days, months or years. Far from prying eyes, it was in one of the small cramped rooms in the neighborhood of Gueule Tapée that I met with four men in their mid-40's and 50's, who are active drug users struggling addiction.

In Senegal, many people don't understand drugs and addiction. Few people are willing to talk about it openly, due to the stigma that surrounds the issue. The stigma is upheld by family, friends and communities throughout Dakar. The law, though less severe than in neighboring countries, still puts drug users in precarious conditions, for example when arrested, you are detained for 15 days and then released if it is your first offence, and sentenced to 3-6 months on the second offence, but it does not carry over to their criminal record. Distribution or complicity to distribute carries a penalty ranging from 2 to 10 years, but this may vary depending on quantity. Overall, the prospects for the decriminalization of drug use and possession for personal use are dim.

These four men have been addicted to heroin for over 20 years. Though, they claim to have never injected the drug. They prefer smoking or sniffing it. "We began smoking out of curiosity in the 70's and late 80's", Modou* said as the other three nodded in agreement. Back then, heroin was still relatively new to the scene and Modou and his peers were fascinated with it. The drugs were often smuggled by their friends or mutual friends from Europe and the United States, at a time when the war on drugs in the United States was just beginning to ravage the social fabric of many communities of color.

An average dose of heroin costs 2000-2500 francs CFA (USD $3.40 – $4.20) for 1/10th of a gram (during shortages prices can double or triple), which can cost as much as 10,000CFA a day (approximately USD$17). The heroin most readily available is 'brown sugar' of Asian origin. Meeting points for drug transactions are strategically chosen, oftentimes at city zones with lots of bustling activity.

Modou confirms that heroin is their drug of choice, as he continues to recount his experience. Having smoked heroin for over 30 years, he counts himself as one of the lucky ones because he has never had an encounter with the police. He also maintains his job as a handyman and electrician, though all his earnings are used to fund his drug addiction. He lives with his sisters in their family home and therefore, is not obligated to pay rent or maintain any savings. His sisters are unaware of his drug addiction, as he acknowledged that if they were to find out, he would be disowned and rejected.

They were all married with families and stable incomes. Today, all of that is now a distant memory for them. In the case of Ousseynou*, his life fell apart and he lost everything when his addiction took over. He began selling all his family's belongings and eventually turned to stealing to fund his addiction. His misfortune came when he had stopped using for a while, but was caught and charged with complicity to distribute for helping a friend transfer 1.5 grams. He served a year and was released because the judge did not consider him a distributor and he was employed at the time. Ousseynou continues to work and at the time we spoke to him, he was undergoing a medical evaluation to test his eligibility for the methadone treatment at CEPIAD (a harm reduction center in Dakar). Though they are all haven't been to the center, they are fully aware it exists.

Modou shared that he tried to go the center, but was discouraged by how burdensome the process of using the services were. This highlights the major challenge of only having one center in the city that caters to all the drug users struggling with addiction. Those in most need of such a facility don't always have the means of getting to the center regularly for their routine treatments. Additionally, some share the concern of their identity being exposed as drug users. To help mitigate this problem, the center deploys outreach teams to different drug 'hot spots' to identify users and raise awareness and collect old needles and distribute clean ones. The outreach teams sometimes succeed in convincing some users to come to the center. However, as a result of limited resources for the training of outreach workers, there are still many drug addicts that could benefit from harm reduction services but who remain unaware of this right.

Everyone battling addiction has a different experience to share. In order to distill the negative myths about drug users, we must recognize that those affected by this issue are no different from us. It is only through this acknowledgment that our perceptions of who drug users are begin to change. Their stories can further inform policy making throughout the region – including the various needs that are often overlooked. Just like many others, Modou and Ousseynou are very much aware of their choices, their current situation, and its repercussions. Nevertheless, they lack access to proper health services that caters to their needs and employment opportunities that are free of discrimination. As a society, this is the challenge before us and also where our intervention is needed towards the promotion of inclusiveness and equal treatment for all.

(*Names have been changed to protect the identity of the person) 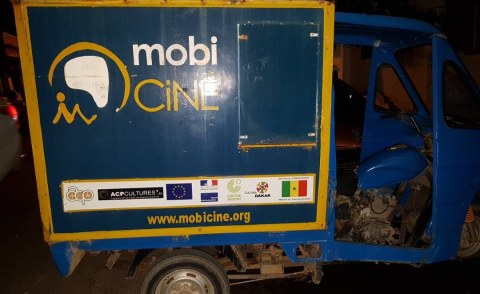 Building Community Support for Drug Users using Mobile Cinemas
Tagged:
Copyright © 2018 Open Society Initiative for West Africa. All rights reserved. Distributed by AllAfrica Global Media (allAfrica.com). To contact the copyright holder directly for corrections — or for permission to republish or make other authorized use of this material, click here.