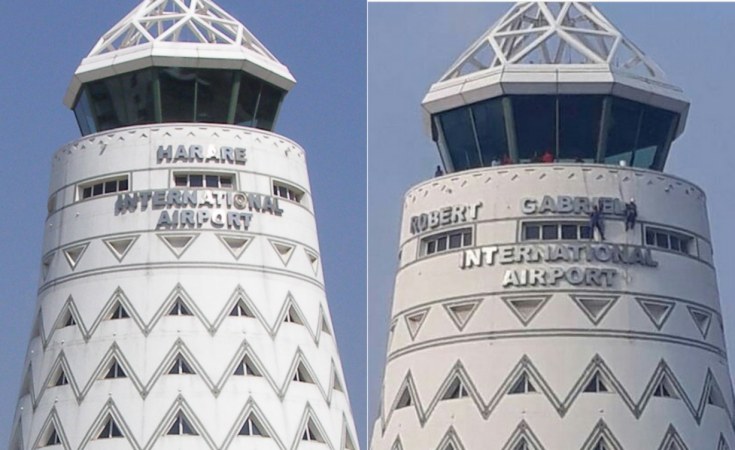 The Zimbabwe National Liberation War Veterans Association (ZNLWVA)wants Robert Gabriel Mugabe International Airport renamed, saying the former president was no longer fit to have the airport named after him.

The war veterans are today expected to hand in the petition to Government over the matter.

The airport -- formerly Harare International Airport -- was renamed after the former president following recommendations by the then Zanu-PF Youth League led by Kudzanayi Chipanga.

ZNLWVA secretary-general Cde Victor Matemadanda described Mr Mugabe as a sell-out who did not deserve to be honoured.

"We are going to demand the removal of Robert Mugabe's name from the international airport in Harare," he said.

"Tomorrow we are going to Harare International Airport to demand the removal of Mugabe's dirty name. Mugabe has failed. We cannot have the face of Zimbabwe to the world given the name of a last-minute traitor. We don't want that.

"We will be handing over a petition so that Mugabe's name is removed at the airport with immediate effect. He does not deserve such an honour as he has taken a betrayal stance. He has strayed and chose an unholy matrimony with MDC.

"Tomorrow we are going to Harare International Airport not Robert Mugabe to demand the removal of that name because Mugabe is a last-minute traitor. We want names of our heroes, not sell-outs. The name Robert Gabriel Mugabe will be remembered for a leader who gave up his flock to ravens."

"While we do not want to interfere with the internal affairs and management of the MDC, we believe that it is up to the real MDC people to stand up and reclaim their party from Chamisa who is now abusing it and working with failed politicians like Robert and Grace Mugabe, Job Sikhala, Tendai Biti and Welshman Ncube and many others who either dumped or were dumped by the MDC when Tsvangirai was still alive. He must be turning in his grave," he said.

He added that it was ironic that Mr Chamisa was warming up to the Mugabes when he condemned them in November last year during the launch of Operation Restore Legacy.

"As for the Mugabes, the naiveté of Chamisa is exposed by the fact that during the November revolution, the young man joined us in condemning Mugabe who caused the disappearance of MDC activists like Itai Dzamara," he said.

"All of a sudden, Mugabe has become a saint and a darling to Chamisa. That is why we say that he should not get support from real MDC people." 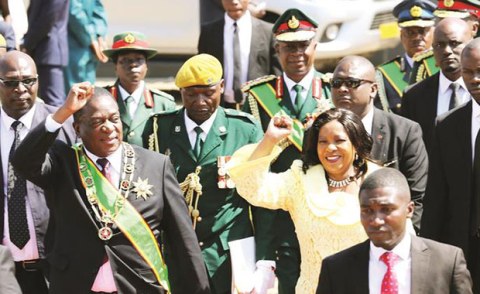 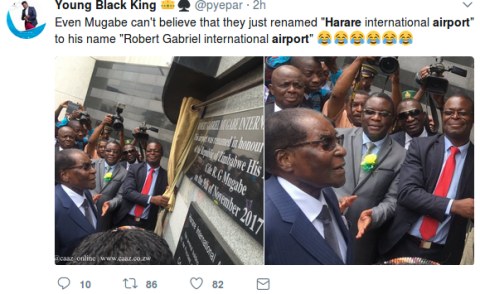 Zimbabweans React to Renaming of Main Airport After Mugabe

Mugabe Realised He Made a Mistake On Chamisa - Mnangagwa
Tagged:
Copyright © 2018 The Herald. All rights reserved. Distributed by AllAfrica Global Media (allAfrica.com). To contact the copyright holder directly for corrections — or for permission to republish or make other authorized use of this material, click here.