Zimbabwe: Mnangagwa Has His Work Cut Out 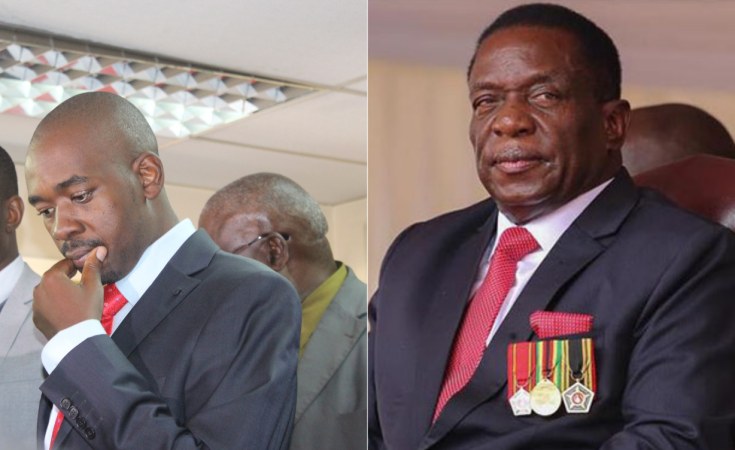 President Emmerson Mnangagwa will be sworn in today to begin his five-year term after the courts declared him the winner of the recent controversial elections and he faces an unenviable task of leading the reconstruction of a polarised and impoverished country.

Ahead of the July 30 elections, hopes were high that Mnangagwa would be the leader to reverse the trend of disputed elections in Zimbabwe following the rhetoric about him being of an opposite of his mentor Robert Mugabe.

However, even after the Constitutional Court ruling on Friday declaring the Zanu PF leader the winner of the presidential election, opinion is divided on whether he won the polls legitimately.

The unanimous ruling by the apex court was on the basis that MDC Alliance presidential candidate Nelson Chamisa did not adduce enough evidence that there was rigging, which benefited Mnangagwa.

A full judgement is yet to be made available, but the court hearing itself gave Chamisa a platform to poke holes into the credibility of the Zimbabwe Electoral Commission (Zec).

The televised case sparked spirited debate on social media and other platforms about Zec's independence and the perceived lack of fairness in Zimbabwe's electoral system.

Western election observers were also not convinced that the organisation of the historic elections met the standards for democratic polls, citing biased state media, partisan distribution of food aid and traditional leaders that fought on Zanu PF's corner.

The tragic events of August 1, where soldiers shot dead seven protesters in Harare, was particularly not well-received by the international community and doubts started to be raised about Mnangagwa's claims to be a changed man.

Therefore, Mnangagwa's failure to deliver an undisputed poll means that the next five years will be very hard for him and the work has to start today with his inauguration speech.

After his conciliatory statements in the aftermath of the ConCourt ruling, the president will have to take it a step further and outline concrete steps he intends to take to address the serious issue of polarisation in the country.

He has to tell Zimbabweans how he will restore confidence in the country's electoral system and important institutions of the State that are perceived to be appendages of Zanu PF.

Mnangagwa also has to lay out credible economic policies that will take Zimbabwe out of the multifaceted crisis that has resulted in massive job losses and crippling cash shortages.

As he gets down to work, the president will have to come up with a balanced Cabinet in terms of skill and integrity. It has to be a Cabinet bereft of deadwood and the super corrupt that have occupied high offices in previous admirations.

Finally, it will be irresponsible for us not to mention the central role that the opposition needs to play in shaping the Zimbabwe we want in the next five years.

The more than two million votes that Chamisa garnered present a significant voice that cannot be ignored.

In that regard, it is incumbent upon the opposition leader to rally his supporters to support the national cause without abdicating their duty to hold the government accountable. The time to put aside our differences is now.