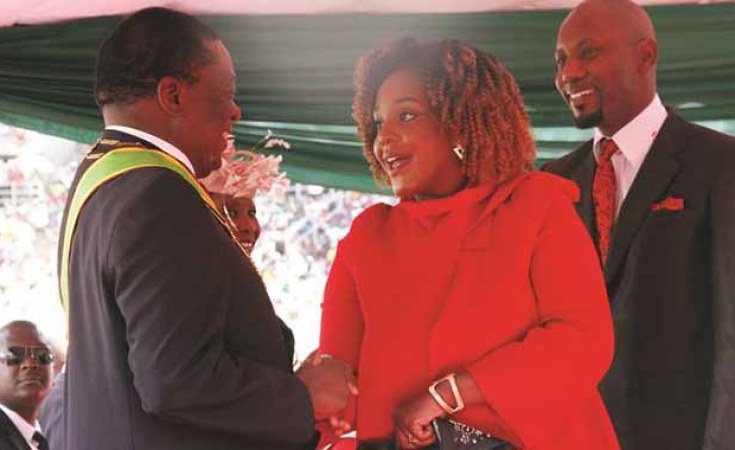 "Mugabe understands the dynamics and politics of the revolution and he must stop acting like a spoilt child. He thinks sending his daughter to attend our President's inauguration ceremony is enough," said Mahiya.

Mugabe was invited to Mnangagwa's inauguration but failed to turn up saying he was out to Singapore with his wife where they were receiving some treatment over some undisclosed ailments.

He went on to send his "hearty congratulatory" message to his former aide through his daughter.

"... I am not well so I am sending my daughter and her husband to represent us. Hearty congratulations, R.G Mugabe," he wrote in a letter that was read by Mnangagwa at the beginning of his acceptance speech.

Mahiya said Mugabe's gesture was still not enough to atone for his misdemeanours.

"Bona is just an innocent girl child who is not into politics and her husband Simba is a foreigner to us; mukuwasha (he is a son-in-law).

The war veterans spokesperson said Mugabe must first publicly denounce his association with the opposition MDC Alliance, a party he endorsed on the eve of the 30 July general elections.

Mahiya added, "He knows the mistake he has made despite all what the new dispensation has done for him.

"He must first denounce his relationship with the opposition MDC Alliance the way he endorsed it publicly.

"His behaviour meant a lot to the party and to us as freedom fighters and going to the side of the enemy is unforgivable."

Spotlight on Mnangagwa as Zimbabweans Await New Cabinet
Tagged:
Copyright © 2018 New Zimbabwe. All rights reserved. Distributed by AllAfrica Global Media (allAfrica.com). To contact the copyright holder directly for corrections — or for permission to republish or make other authorized use of this material, click here.