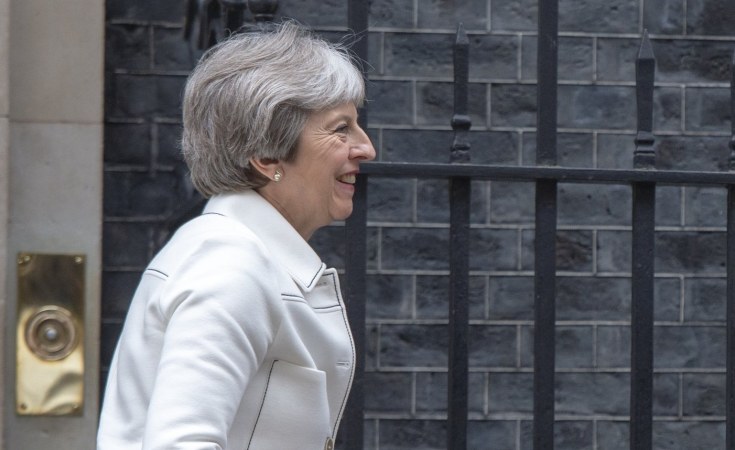 Talks on enhancing the fight against terrorism in Kenya and the region will largely feature during British Prime Minister Theresa May's visit in the country this week.

May, in a first visit by a British premier in 30 years will arrive in the country on Thursday for bilateral talks with President Uhuru Kenyatta.

"I am proud to be leading this ambitious trip to Africa and to become the first UK Prime Minister in over 30 years to visit Kenya," PM May said.

The last time a British PM visited Kenya was in 1988 when Margaret Thatcher called on then President Daniel arap Moi.

United Kingdom ambassador to Kenya Nic Hailey says the visit will strengthen the partnership between the two countries, more so on security and the war on graft.

"Delighted that UK Prime Minister Theresa May will be in Kenya this week. The visit will deliver investment, strengthen UK-Kenya partnerships in security and development and support the crucial fight against corruption. Looking forward!," he said in a post on his twitter handle.

A statement posted on the UK Government website states that the two leaders will discuss on how British soldiers training in Kenya and other African countries can acquire techniques needed to identify and destroy improvised explosive devices before they go to fight Al-Shabaab in Somalia.

Kenya has over the years lost tens of security personnel to improvised explosive devices attacks by the Al-Shabaab terrorists.

"The Prime Minister's central message will be focused on a renewed partnership between the UK and Africa, which will seek to maximise shared opportunities and tackle common challenges in a continent that is growing at a rapid pace - from the Sahara to South Africa," reads a section of the statement.

May is also set to visit Nigeria and South Africa, in what she has termed as an ambitious trip to Africa, as the UK moves towards Brexit.

"As we prepare to leave the European Union, now is the time for the UK to deepen and strengthen its global partnerships," she asserted.

"This week I am looking forward to discussing how we can do that alongside Africa to help deliver important investment and jobs as well as continue to work together to maintain stability and security."

In her tour to Africa, the UK Prime Minister will be joined by a business delegation made up of 29 representatives from UK business - half of which are SMEs - from across all regions of the UK and its devolved administrations.

The delegation "shows the breadth and depth of British expertise in technology, infrastructure, and financial and professional services."

May will begin her trip in Cape Town in South Africa where she'll see President Cyril Ramaphosa and meet young people and business leaders.

"Because nations cannot prosper without security, the Prime Minister will also use the visit to announce further support to tackle instability across the region," the statement further stated.

Kenyatta Calls For Strengthening of Kenya-Britain Trade Pact
Tagged:
Copyright © 2018 Capital FM. All rights reserved. Distributed by AllAfrica Global Media (allAfrica.com). To contact the copyright holder directly for corrections — or for permission to republish or make other authorized use of this material, click here.