Africa: Ghana to Give the Late Kofi Annan a State Funeral 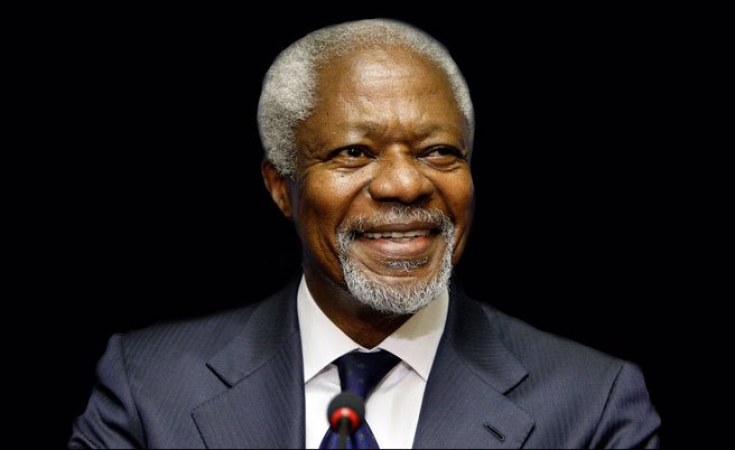 President Nana Akufo-Addo announced that the recently deceased former Secretary-General of the United Nations, Kofi Annan, would have a full state burial, "befitting his status as a global icon, diplomat and statesman".

Former UN Secretary-General Kofi Annan died in a Swiss hospital in the early hours of Saturday, 18 August 2018, at the age of 80. The peace keeper and visionary, who had retired to a Swiss village in the Geneva countryside, will be buried at a state burial in his country of birth, as African custom dictates.

During a courtesy call by the late Kofi Annan's family to President Akufo-Addo, the leader has been quoted by several sources saying that Kofi Annan deserves a fitting burial.

"I think the Ghanaian people expect that a man of his stature and record should be given full honours by the state of Ghana, so I have decreed that he should have a state funeral."

Read: Kofi Annan: a man who paid his dues to global peace and security

"Kofi Annan was one of the most illustrious people of this generation. He was like an elderly brother," Akufo-Addo said. "It's going to be a major event for our country. I expect many leaders to be present," he said, adding that he would be buried in Accra's new military cemetery, which has been designated for the burial of statesmen.

"This is a state funeral, so the responsibility for the arrangements is for the Ghanaian state. Your part is to mourn, but you will not have any of the financial burdens involved in organising such a thing; that will be borne by the state of Ghana," the president assured the bereaved family.

The proposed date for the final funeral rites and burial of the late international diplomat is 13 September 2018.

Kofi Annan Dies After Short Illness
Tagged:
Copyright © 2018 This is Africa. All rights reserved. Distributed by AllAfrica Global Media (allAfrica.com). To contact the copyright holder directly for corrections — or for permission to republish or make other authorized use of this material, click here.