Zimbabwe: Mugabe Realised He Made a Mistake On Chamisa - Mnangagwa 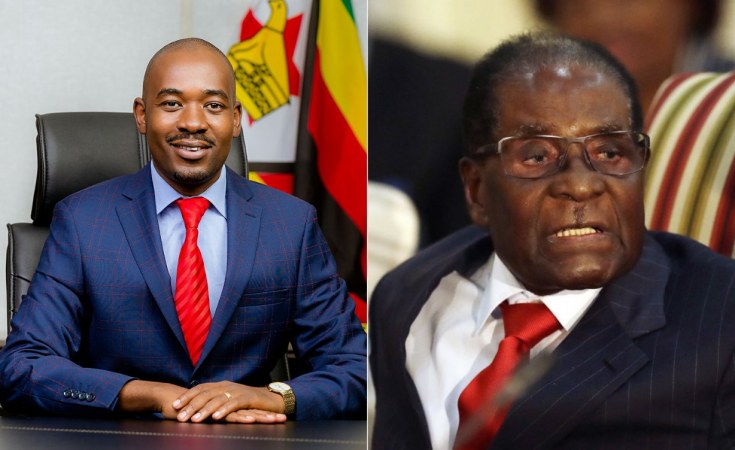 Former president Robert Mugabe has "realised that he had made a mistake" when backing the opposition in the hotly disputed July 30 elections, successor Emmerson Mnangagwa said Monday.

"We are happy that he (Mugabe) has realised that he had made a mistake," said Mnangagwa as he handed over 90 new vehicles to traditional leaders in Harare.

Mugabe, now 94, was toppled by a military coup last November and also removed as Zanu PF leader in a brutish end to the ruling party's long-running succession rivalry.

The bitter nonagenarian hit back, with his family believed to have been instrumental in the formation of a new opposition spear-headed by loyalist ex-ministers who escaped into exile after the coup.

And on the eve of last month's crunch elections, Mugabe piled on the pressure by calling a press conference where he announced he would not vote for the party he helped found.

The gamble collapsed last Friday when the Constitutional Court upheld Mnangagwa's victory in the elections, throwing out a challenge against the results by Chamisa.

Mugabe, who was invited, missed Mnangagwa's inauguration Sunday due to illness.

The veteran however, sent his daughter Bona and her husband to represent him and the two were cheered by the packed National Sports Stadium as they congratulated Mnangagwa after he took his oath of office.

"Even our former President Mugabe, who had earlier said he no longer supported Zanu PF and was supporting (Nelson) Chamisa also sent a letter to congratulate me," said Mnangagwa on Monday.

Chamisa Denies Business Ties With Mugabe
Tagged:
Copyright © 2018 New Zimbabwe. All rights reserved. Distributed by AllAfrica Global Media (allAfrica.com). To contact the copyright holder directly for corrections — or for permission to republish or make other authorized use of this material, click here.