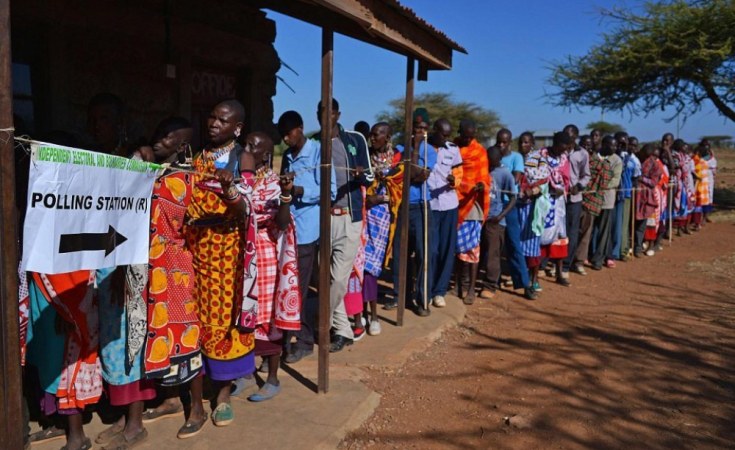 Minna — The United States Government has said that it will not take side in the Nigeria's 2019 general election, saying it wants the winner to be elected in a free and fair contest.

"And we will do all we can to assist Nigeria's government", Counselor for Public Affairs, US Embassy, Aruba Amirthanayagam, said in Minna, Niger State yesterday when he visited the Executive Director of Prestige FM Radio, Zubair Idris.

He urged the Independent National Electoral Commission (INEC) to replicate its 2015 performance in the country's next year's general elections.

He described the 2015 elections as generally acknowledged as free, fair and transparent.

"The United States expects that the 2019 general elections will be free and transparent. I think we should repeat the success we had in the last election because we have had elections in some parts of Africa that have not gone well. What we got in 2015 was great for Nigeria and for the rest of Africa and other developing countries " he said.

Asked to comment on the statement credited to President Donald Trump that Nigeria's President Muhammadu Buhari was "lifeless " when he paid a visit to White House recently, the counselor said: "We have no specific comment on that, a newspaper published it the paper should comment on it".

The counselor said there was impunity in Nigeria which, according to him, "is a threat to democracy".

He commended the management of the radio station for exhibiting a high sense of professionalism in its reportage and programmes.

He said the US government would assist in further enhancing the station's professionalism through training of its staffs.

The Executive Director of the station, Idris, promised that it would maintain its independence, saying "what we are doing here is participatory broadcasting."

Tagged:
Copyright © 2018 Daily Trust. All rights reserved. Distributed by AllAfrica Global Media (allAfrica.com). To contact the copyright holder directly for corrections — or for permission to republish or make other authorized use of this material, click here.