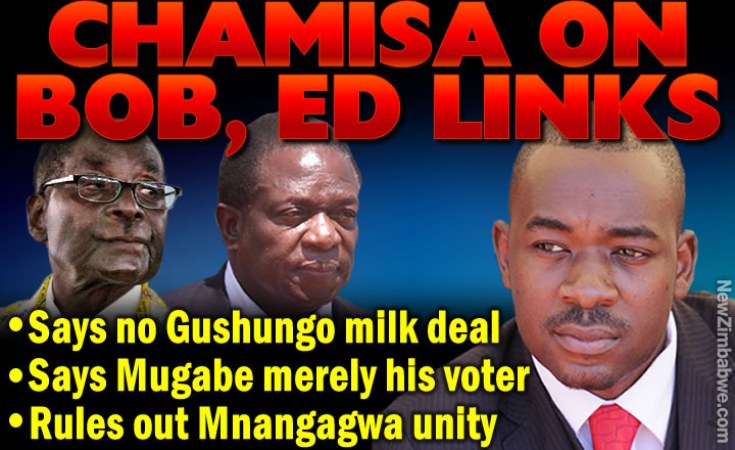 He was speaking to South African state broadcaster SABC in a wide-ranging interview.

"I have no relationship other than him voting for me and me being on the ballot. I have no business relationship," Chamisa said.

"People think that I am such an endowed guy because they see how properly we are organising society."

On the eve of the July 30 elections, Mugabe surprised many when he vowed to vote for the opposition leader at the expense of his former Zanu PF ally and eventual winner President Emmerson Mnangagwa whose government he said was tormenting him.

Chamisa said there was nothing wrong with Mugabe voting for him.

"He (Mugabe) voted and indicated that he was going to vote for me. He has decided to send a congratulatory message; it's his right as a citizen. But that has no bearing on what the people of Zimbabwe want.

"Mugabe is part of our past and certainly not part of our future. Going forward is about us, we the citizens and the people shall govern, and we are going to govern," he said.

Chamisa, a lawyer, further denied he was ever in any business other than his legal profession.

"They see the way we articulate issues. These are my chambers and this is where I earn an income.

"Why would I come to burn the midnight oil as an advocate when I have a business to run. I have never been in business.

"People have said Chamisa and Mnangagwa work together. Things are being said because they can't manage me.

"This is because I am a principled leader wishing to see Zimbabwe prosper. I have never had any business with Mnangagwa or Mugabe," he said.

In his interview comments, Chamisa also appeared playing down his late predecessor and founding party leader Morgan Tsvangirai's popularity compared to his own.

"Morgan Tsvangirai got 1,2 million votes we got 2,6 million. The party has grown even bigger and now the biggest not only in Zimbabwe but on the continent," said Chamisa.

He ruled out the possibility or working with Mnangagwa.

"We must be able to protect the vote otherwise we will not be able to convince anyone to go to elections five years down the line. Our people have said 'Mr Chamisa don't work with these people'.

"They are saying don't join hands with the crocodile (Mnangagwa's nickname), you will be drowned' like what happened to president Tsvangirai when he worked with Robert Mugabe, he was diluted, we were diluted, we ended up losing focus and manipulated out of power," Chamisa said.

Tsvangirai was forced into a coalition government with Mugabe despite him having won the first round of voting in March 2008.

Previous Story
Next Story
Chamisa in Pickle Over Mugabe Ties

Chamisa in Pickle Over Mugabe Ties 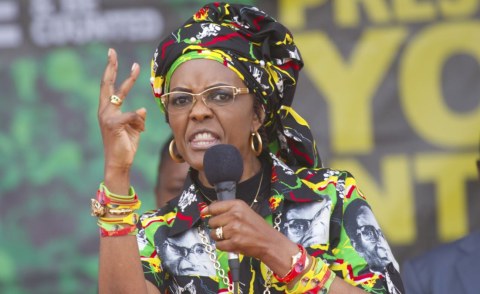 Police, Spy Agency Accused of Sabotaging Mnangagwa Party in Polls
Tagged:
Copyright © 2018 New Zimbabwe. All rights reserved. Distributed by AllAfrica Global Media (allAfrica.com). To contact the copyright holder directly for corrections — or for permission to republish or make other authorized use of this material, click here.