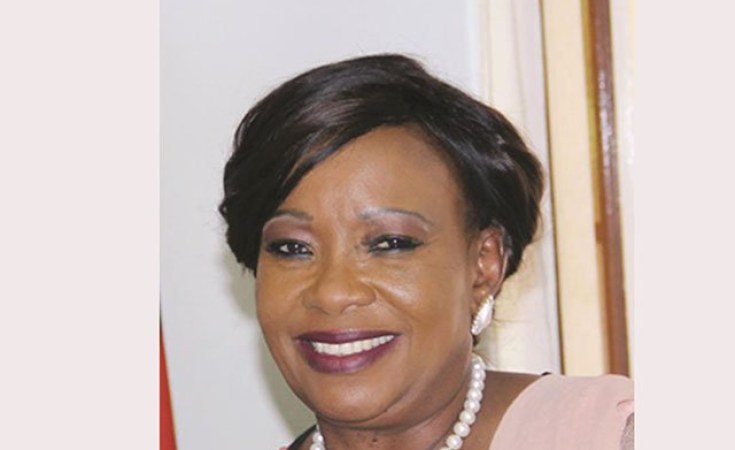 First Lady Auxillia Mnangagwa yesterday vowed to work tirelessly in the fight against HIV and Aids, and to champion national and international advocacy efforts to end the pandemic in the country.

The First Lady, who is a member of the Organisation of African First Ladies Against HIV and AIDS (OAFLA), reiterated her commitment to intensify advocacy efforts to address other prevalent illnesses that affect mostly women and children.

Speaking during the official launch of Zimbabwe Free to Shine Campaign, which is being spearheaded by OAFLA and the African Union (AU), the First Lady pledged to work tirelessly to support the Ministry of Health and Child Care in the pursuit of an HIV-free generation.

The thrust of the campaign is to end childhood AIDS in Africa and keep mothers healthy.

"I asked myself what I could do to alleviate such suffering of innocent children," she said.

"I, therefore, commit as First Lady of Zimbabwe to make myself available for high level of advocacy at national, regional and international levels.

"I am indeed committed to this cause and will work tirelessly to support the Ministry of Health and Child Care in the pursuit of an HIV-free generation and access to treatment for children and adolescents living with HIV and to keep them AIDS free.

"The launch of this campaign should spur us all to action as our Government is committed to eliminating new HIV infections among children and keeping their mothers healthy."

The First Lady, who is a champion and ambassador for women and child health, undertook to raise the shield against HIV and AIDS by educating Zimbabweans on the disease.

"The African Union is committed to ending AIDS by 2030 and Zimbabwe shares the same commitment as a member of the AU," she said.

"In the spirit of Free to Shine Campaign, I will work over the coming years to consolidate progress and strongly engage communities to increase knowledge and ultimately the health-seeking behaviour of the Zimbabwe population, including the early diagnosis of HIV infection in children and timely access to antiretroviral treatment.

"It is important that we address the issue of increasing domestic resources to fight HIV in Zimbabwe and particularly so for women and children. This is not a task for one individual.

"I know there are ministries responsible for finances, there are multilateral and bilateral agencies supporting health and there are also implementing partners.

"I will thrive to work with all of them as Zimbabwe thrives to end childhood AIDS by 2030."

The First Lady said last year, only 52 percent of children living with HIV globally were put on treatment against a target of 95 percent, a move which she described was worrisome.

First Lady Mnangagwa attended the OAFLA General Assembly in Addis Ababa, Ethiopia, in January this year, where she shared experiences with other First Ladies from Africa and international partners in the fight against HIV and Aids.

United Nations Resident Coordinator in Zimbabwe Mr Bishow Parajuli said: "The Global Fund has accepted the inclusion of a prevention component focusing on adolescent girls and young women as well as key populations as part of the new grant.

"The UN stands ready to play its role to make the Zimbabwe Free to Shine Campaign a formidable advocacy campaign to end HIV and AIDS in Zimbabwe. It is committed to continue supporting the First Lady's initiative."