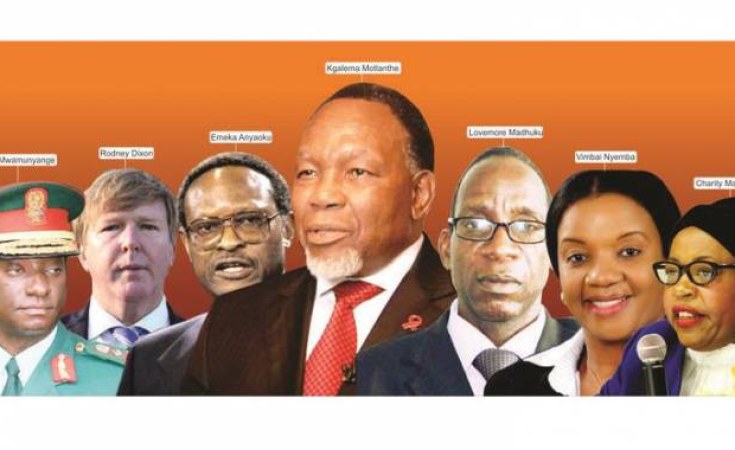 ZANU-PF opponents and political analysts have expressed mixed views over President Emmerson Mnangagwa's commission of inquiry into the August 1 post-electoral violence that saw the army gunning down six civilians.

Among some of its terms of reference is to "identify the actors and their leaders, their motive and strategies employed in the protests" which saw MDC Alliance supporters invade the streets to protest alleged rigging by ZEC against their party.

The commission has also been tasked to "investigate the circumstances which necessitated the involvement of the military in assisting the maintenance of law and order" and to "ascertain the damage of property caused".

In an interview with NewZimbabwe.com, MDC-T vice president Obert Gutu said the Commission comprised respected individuals who remain untainted by any negative background in their professional lives.

"The barrister from UK is a very much respected lawyer in his country and internationally and who doesn't know about the former Commonwealth secretary general, an international statesman."

"Professor Madhuku is not a push-over and he is not going to window dress the Commission of Inquiry," he said.

"Vimbai Nyemba and Professor Manyeruke are respected professionals in their own right and these are two solid women with impeccable backgrounds."

"The Commission of Inquiry has two members who have not made it secret they do not like (MDC Alliance President Nelson) Chamisa. Madhuku competed against Chamisa and lost," he said.

"It is a commission of cover up. It's a situation where the animals of the jungle await for the results of an inquiry as to what is causing the eating of goats by crocodiles and they ask a crocodile to choose the members of the commission."

Political analyst Pedzisai Ruhanya said the inquiry should instead be centred on why soldiers shot unarmed civilians adding that its terms of reference were questionable.

"I hope this is not a witch-hunt against MDC's right to lawful protests," he posted on his Facebook page.

"The terms of reference of the commission and its members is largely questionable and dubious.

"It's a government PR stunt after its critical international supporter the UK was left with egg on its face for supporting a norm violating regime that uses violence against unarmed civilians."

Ruhanya added, "One member is a Zanu PF member in Mash East province, another is already a member of another commission of inquiry (into land sales) & Chair of the Procurement Regulatory Authority and the other a losing presidential candidate."

"I felt this is an issue normal police and military investigations would have adequately addressed," he said.

"But since Mnangagwa promised the commission of inquiry, many doubted he would set it up. But the fact that he did set up, is a step in the right direction for him to honour his promises."

Saungweme went to say that the terms of reference were fair although they should have included the question of "who gave a command for soldiers to be deployed and who gave the shoot to kill command?"

Zimbabweans Okay Mnangagwa's Post-Poll Violence Probe Team
Tagged:
Copyright © 2018 New Zimbabwe. All rights reserved. Distributed by AllAfrica Global Media (allAfrica.com). To contact the copyright holder directly for corrections — or for permission to republish or make other authorized use of this material, click here.