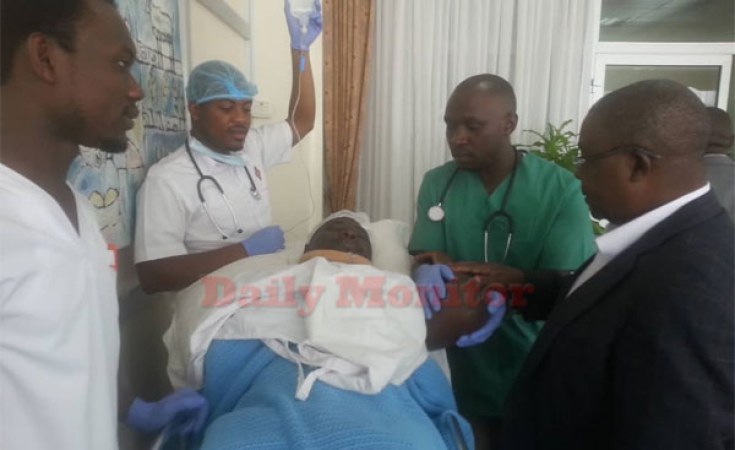 Mr Zaake was arrested in the VIP lounge at Entebbe by Mr James Ruhweza who heads aviation Police.

Mr Ruhweza withdrew Zaake's passport and informed him that he was under arrest.

A statement issued by Police spokesperson Emilian Kayima states that Zaake was trying to flee the country.

Mr Kayima also states that he has been arrested on charges of treason and malicious damage of property in Arua.

Earlier, Mr Zaake was blocked from boarding a scheduled flight to India by security officers who told his lawyer Asuman Basalirwa that his client had to get clearance from the Director, Criminal Investigations before travelling abroad.

Earlier, the MP who was arrested and tortured by security operatives on the eve of Arua Municipality by-election, two weeks ago left Rubaga Hospital, where he has spent a fortnight, in an ambulance on Thursday morning.

Mr Asuman Basalirwa, one of Mr Zaake's lawyers said at the airport that they are not aware that his client is wanted by police or court to warrant police clearance, before travelling.

"A police officer by the name of Oloka has informed me that we need police clearance from police for him to be able to travel. We informed him that we are not aware that the Hon Francis Zaake is wanted by police or court. But even if he was wanted, his condition cannot allow him to either go to police or court," Mr Basalirwa said. 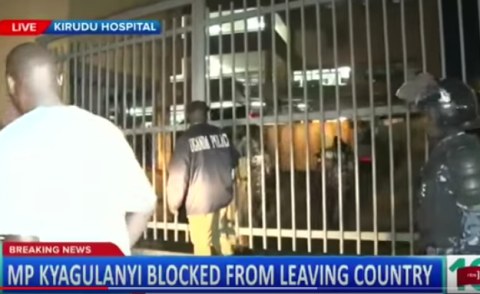