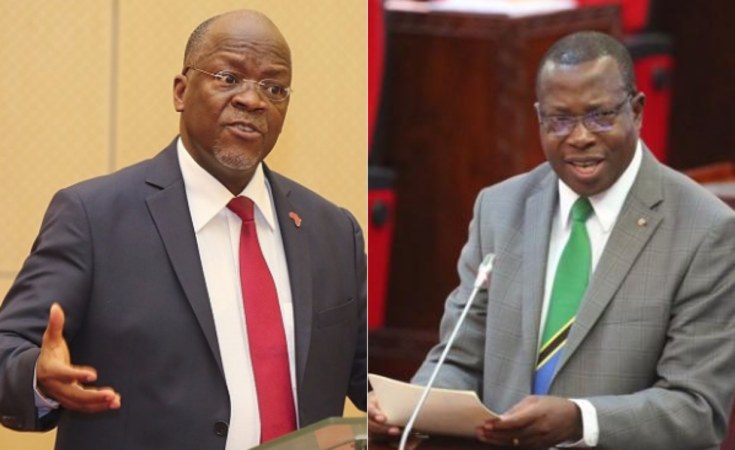 Dar es Salaam — President John Magufuli yesterday expressed his disappointment over a tax saga in which 20 containers said to belong to Dar es Salaam regional commissioner have remained stranded at the Dar es Salaam port. Speaking to government leaders in Chato District, Geita Region, yesterday, the President said the recent decision by Finance minister Philip Mpango to order the auctioning of the containers was the right move.

"According to the laws of the land...no one has the mandate to borrow, bail out or receive donations on behalf of the government without being authorised by the Finance Minister," said the President.

Over the past one week, controversy has arisen following a decision by the Tanzania Revenue Authority (TRA) to auction the 20 containers, which earlier reports suggested belonged to Dar RC Paul Makonda.

Mr Makonda has come out in public to threaten whoever attempts to buy the containers, saying potential buyers would be "cursed".

This prompted Dr Mpango to intervene in an impromptu visit.

The minister said he would not be intimidated by Mr Makonda's threats, saying the government had every reason to collect its Sh1.2 billion tax from the imported consignment.

Yesterday President Magufuli defended Dr Mpango, saying it was only the minister who reserved the authority to receive donations on behalf of the government and no one else.

Mr Makonda confirmed to The Citizen that the consignment was imported through his own initiative with a view to improving the teaching environment in various Dar es Salaam schools to support President John Magufuli's free education programme. On Saturday, bidders failed to reach the bidding prices of tables, chairs and blackboards.

But speaking after inspecting the Dar es Salaam inland container depot where the 20 containers are located, Dr Mpango said the consignment must be auctioned in line with laws of the land after Mr Makonda failed to pay the Sh1.2 billion import duty on time.

"All people are equal in the eyes of the law, irrespective of one's looks and position and this is exactly what I swore to defend [in the capacity of Finance and Planning minister]... I am entrusted with tax laws. I ask you Mr Commissioner to stand by what the law says without being swayed," Dr Mpango told the Commissioner for Customs and Excise, Mr Ben Usaje.

He said the imported consignment did not fall under the types of imports that deserved tax exemption, noting that the importer, Mr Paul Makonda, lacked any option but to pay the right import duty or risk the consignment being auctioned.

"Allow me to ask my fellow leaders in government to carefully select their words when speaking... How would one dare say that whoever buys these products would be cursed? How do we involve God in issues such as these ones?" he said, calling upon Tanzanians, willing to buy the products to do so.

He assured teachers that the government will keep disbursing Sh20 billion every month to schools to help students so they can attend classes without paying school fees under President John Magufuli's free education policy.

On May 12, this year, TRA gave 90 days to owners of 800 containers, including the 20 belonging to Mr Makonda, to pay taxes or otherwise they would be auctioned.

TRA Taxpayer's Education director Richard Kayombo said the owners of containers were given 30 days to clear the taxes, but failed to do so and that was why the taxman decided to auction them.

Magufuli Orders Release of Containers Held At Dar es Salaam Port
Tagged:
Copyright © 2018 The Citizen. All rights reserved. Distributed by AllAfrica Global Media (allAfrica.com). To contact the copyright holder directly for corrections — or for permission to republish or make other authorized use of this material, click here.