Nigeria: Saraki Responds to Not Too Young Movement Accusations 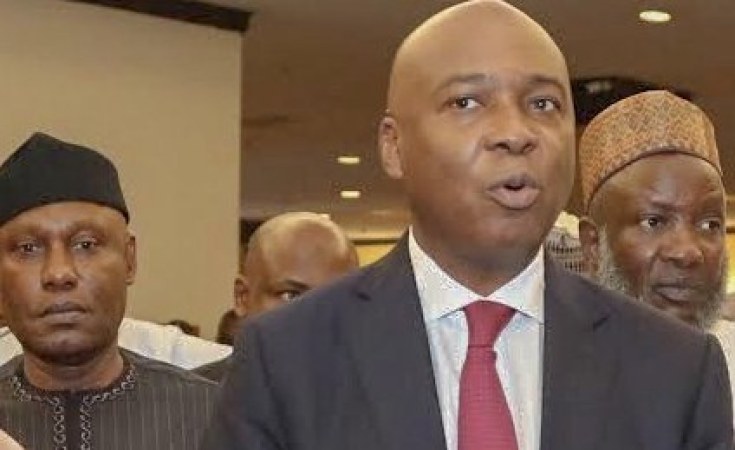 Nigeria Senate President, Bukola Saraki, has responded to the claims of the Not Too Young To Run movement over his declaration to run for president in the 2019 presidential election.

Saraki announced his bid in Abuja on Thursday, August 30, 2018, in a town hall meeting organised by the movement. The meeting was an efforts to ensure that youths are given some concessions ahead of the 2019 general elections.

The movement, however, hours after the town hall meeting, in a statement expressed their disappointment in the Senate president, condemning Saraki for 'usurping' their event and consequently distanced itself from his declaration.

"The movement wishes to express its disappointment with Senator Saraki for usurping a platform designed for young aspirants to dialogue with party leadership to advance his political ambition," the campaigners said in a statement.

We strongly condemn this act by the president of the Senate and dissociate ourselves from his political move".

In a statement signed by Saraki's Special Adviser on Media and Publicity, Yusuph Olaniyonu, he said the Senate President's decision to use the platform to announce his bid was made in good faith to young PDP aspirants and partly as a symbolic act of encouragement.

He said he didn't intend to put the movement in a tough spot and promised to continue to work with young Nigerians across the country.

"It is true that the Not Too Young To Run leadership had no prior knowledge of the content of the Senate President's remarks. However, the announcement by the Senate President that he intends to throw his hat into the ring to contest for the Presidency was made in good faith to young PDP aspirants, partly as a symbolic act of encouragement.

"It was not the intent of the Senate President to put the group or its leadership in an invidious position. The Senate President appreciates the contribution of the group to the development of our democracy and will continue to work closely with young people across the country in order to make Nigeria a better place for all."

The move, by Saraki, ratchets up the challenge facing Buhari and increases the electoral uncertainties the country.

Saraki joined another senator and former Nigeria's vice president as the four members of the opposition People's Democratic Party to have officially their intention to succeed President Muhammadu Buhari in 2019.

Ahmed Makarfi, Rabiu Kwankwaso and Atiku Abubakar have earlier declared their intentions to run for the presidency.

Apart from Makarfi, other aspirants defected from the ruling All Progressives Congress, with the Saraki being the most recent defector.

Attorney-General Asks Court to Hands Off Suit Against Saraki's Removal

Nigerian Senate President Bukola Saraki Quits Ruling Party
Tagged:
Copyright © 2018 The Guardian. All rights reserved. Distributed by AllAfrica Global Media (allAfrica.com). To contact the copyright holder directly for corrections — or for permission to republish or make other authorized use of this material, click here.