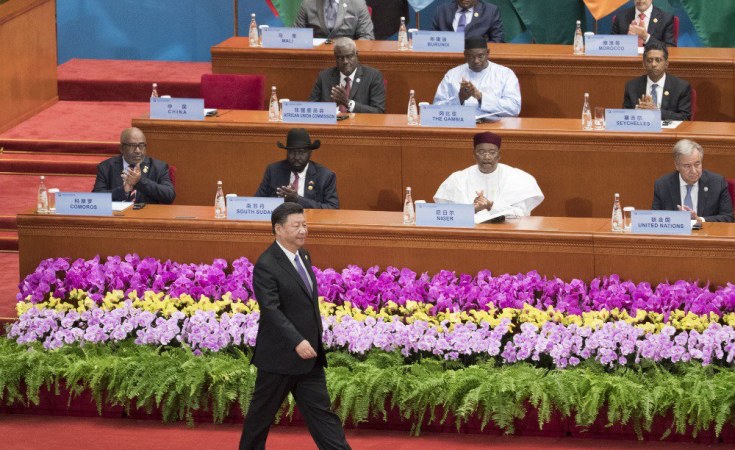 African and Chinese leaders are set to review and advance cooperation when they meet in Beijing in early September to prepare a new action plan for mutual and sustainable development.

The 3rd Summit of the Forum on China Africa Cooperation (FOCAC) is expected to provide a platform to strengthen socio-economic development in both Africa and China.

The theme is "Towards an Even Stronger Community with a Shared Future through Win-Win Cooperation" .

FOCAC 2018 is expected to focus on various issues of mutual interest , including cooperation on agricultural transformation, industrial and infrastructure development as well as science and technology, with a key focus on business development through the High-Level Dialogue of China-Africa Leaders and Business Representatives, and the 6th China-Africa Business Forum .

The leaders from Africa and China will discuss strengthening strategic relations, consolidation of political cooperation, as well as development of the bilateral ties in the context of the One Belt, One Road Initiative and the Africa n Union Agenda 2063.

The One Belt, One Road initiative, announced by President Xi Jinping in 2013, is a development policy with a holistic vision of economic, political and security development to initiate joint action to build a new world order that is development-oriented, for mutual prosperity and human security.

Agenda 2063 is a continental strategy adopted by the AU in 2013 and aims to optimize the use of Africa's resources for African development to enable the continent to take its place in the world economy.

The Agenda seeks to have a highly developed and interconnected continent by 2063, including railway, and initiatives such as One Belt One Road are critical to meeting these targets.

China-Africa relations have continued to change, strengthen and transform in the 21st century, since FOCAC was established in the year 2000.

China-Africa cooperation has strengthened Africa's development in very many ways, through investment, trade and development that has enabled the continent to experience socio-economic growth at a faster rate than most other continents.

China is Africa's largest trading partner, having developed a mutual, sound and vibrant partnership with trade volume between the two increasing exponentially over the past decade, rising from about US$10 billion in 2000 to more than US$198 billion in 2012.

With regard to strengthening African initiatives, the FOCAC summit is expected to share knowledge on effective practices that would enable Africa n countries to increase intra-regional trade in pursuance of the objectives of the African Continental Free Trade Area (ACFTA).

The launch of the ACFTA on 21 March 2018 was a bold move by Africa to reform internal trade, which had been structured in such a way that African countries, which possess the bulk of natural resources, trade more with the outside world than among themselves.

The ACFTA is a flagship proje ct of Agenda 2063.

In addition, African regional blocks have lately placed greater emphasis on industrialisation while continuing to prioritise agriculture and trade.

For example, the Southern African Development Community (SADC) adopted the SADC Industrialization Strategy and Roadmap 2015-2063, which is an inclusive long-term plan for modernisation and economic transformation that should enable sustained economic development to raise living standards.

The FOCAC summit is expected to strengthen China - Africa relations and further reconstruct global affairs by exploring new models and approaches towards a more equitable and inclusive system that promotes sustainable socio-economic development.

In Africa, the initiative has already achieved tangible results through infrastructure projects such as the railway that links land locked Ethiopia to the sea through Djibouti, and the Maputo Cross-Sea Bridge in Mozambique, among other projects.

The FOCAC platform is based on the principles of South-South cooperation and mutual benefit, with a view to addressing various areas of concern for Africa's socio-economic development and integration.

The previous FOCAC summit, the second, was held in Johannesburg, South Africa in December 2015 and adopted the "Declaration of the Johannesburg Summit of the Forum on China-Africa Cooperation".

The declaration and action plan contain specific measures aimed at consolidating the growing mutual partnership between Africa and China .

At the 2015 summit, President Xi announced 10 China-Africa cooperation projects , supported by a US$60 billion fund.

At FOCAC 2018 he will deliver strategic addresses presenting China's vision for a shared future, proposing new ideas to strengthen relations and new measures for cooperation.

He will deliver a keynote address at the opening of Summit, and plans to co-chair a roundtable discussion with the South African President, Cyril Ramaphosa.

President Xi will also attend and deliver a speech at the opening of the High-Level Dialogue of China-Africa Leaders and Business Representatives, and the 6 th China-Africa Business Forum.

The Summit will be preceded by the 7th Ministerial Conference of FOCAC, which will be co-chaired by the foreign ministers and commerce ministers from both China and South Africa.

Ministers responsible for foreign affairs and economic cooperation from 54 African countries are expected to participate .

FOCAC 2018 is the largest gathering of African leaders in China, and is a landmark Summit for South-South cooperation and for global development. sardc.net

Previous Story
Our Principle Is Non-Interference - Jinping
Next Story

Our Principle Is Non-Interference - Jinping

Kenya's Fuel Levy, Debt to China and The Cash in That Backpack
Tagged:
Copyright © 2018 Southern African News Features. All rights reserved. Distributed by AllAfrica Global Media (allAfrica.com). To contact the copyright holder directly for corrections — or for permission to republish or make other authorized use of this material, click here.